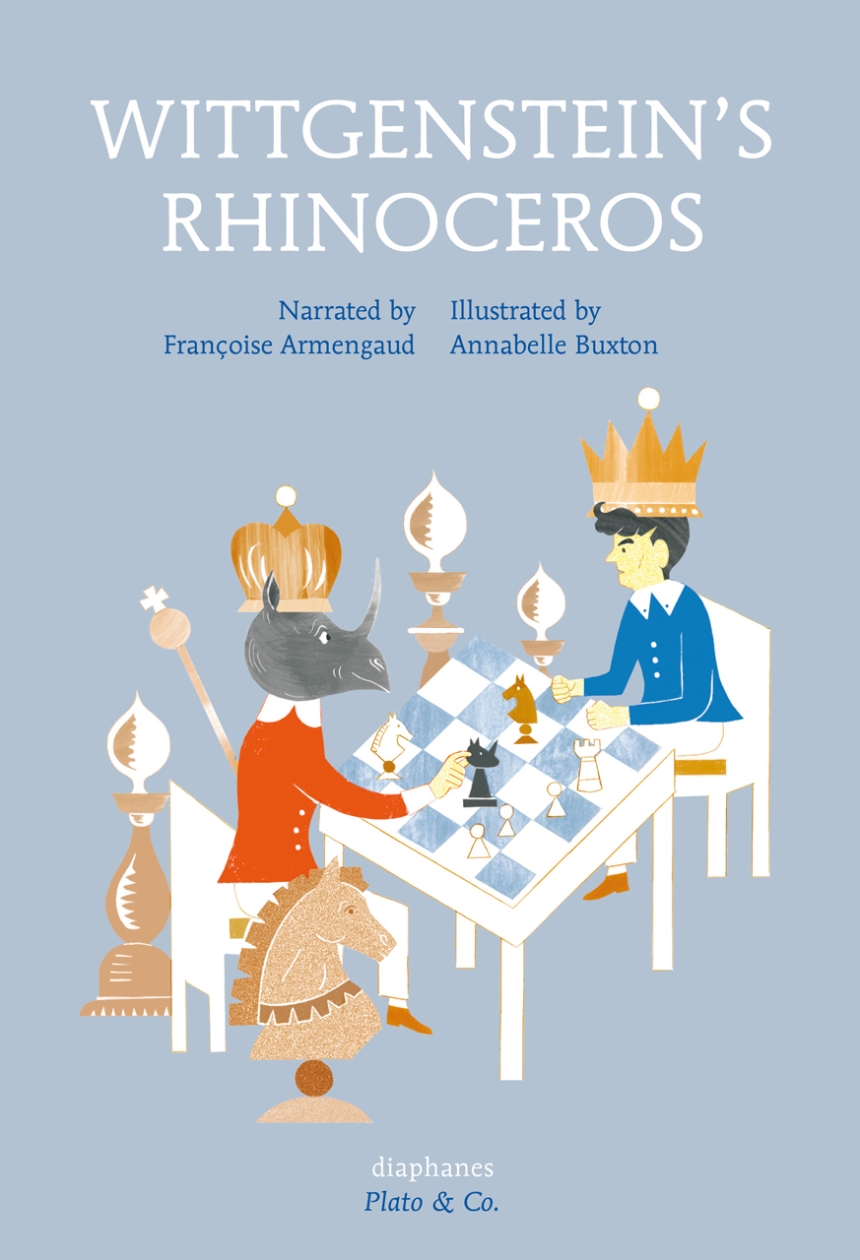 Illustrated by Annabelle Buxton and Translated by Anna Street
At its most basic, philosophy is about learning how to think about the world around us. It should come as no surprise, then, that children make excellent philosophers! Naturally inquisitive, pint-size scholars need little prompting before being willing to consider life’s “big questions,” however strange or impractical. Plato & Co. introduces children—and curious grown-ups—to the lives and work of famous philosophers, from Descartes to Socrates, Einstein, Marx, and Wittgenstein. Each book in the series features an engaging—and often funny—story that presents basic tenets of philosophical thought alongside vibrant color illustrations.

“Mister Wittgenstein! Stop looking for a horned beast in the middle of a Cambridge classroom!,” an exasperated Bertrand Russell commands his pupil. But the young Ludwig Wittgenstein knows that, just because we don’t see a rhinoceros, doesn’t mean one may not be hiding where we least expect it. When war breaks out in Europe, Ludwig is recruited for a top-secret mission. Alas, no one is able to make sense of rhino-loving philosopher’s notebooks. What could he possibly mean by so many seemingly nonsensical statements?

“Where existing philosophy books for children typically focus on surveys of ideas or broad historical overviews, the Plato & Co. books take a more ‘storied’ approach. They take isolated events in the lives of the philosophers to illustrate their theories, aiming to teach a philosophical theory through the experience of reading a traditional picture book.”