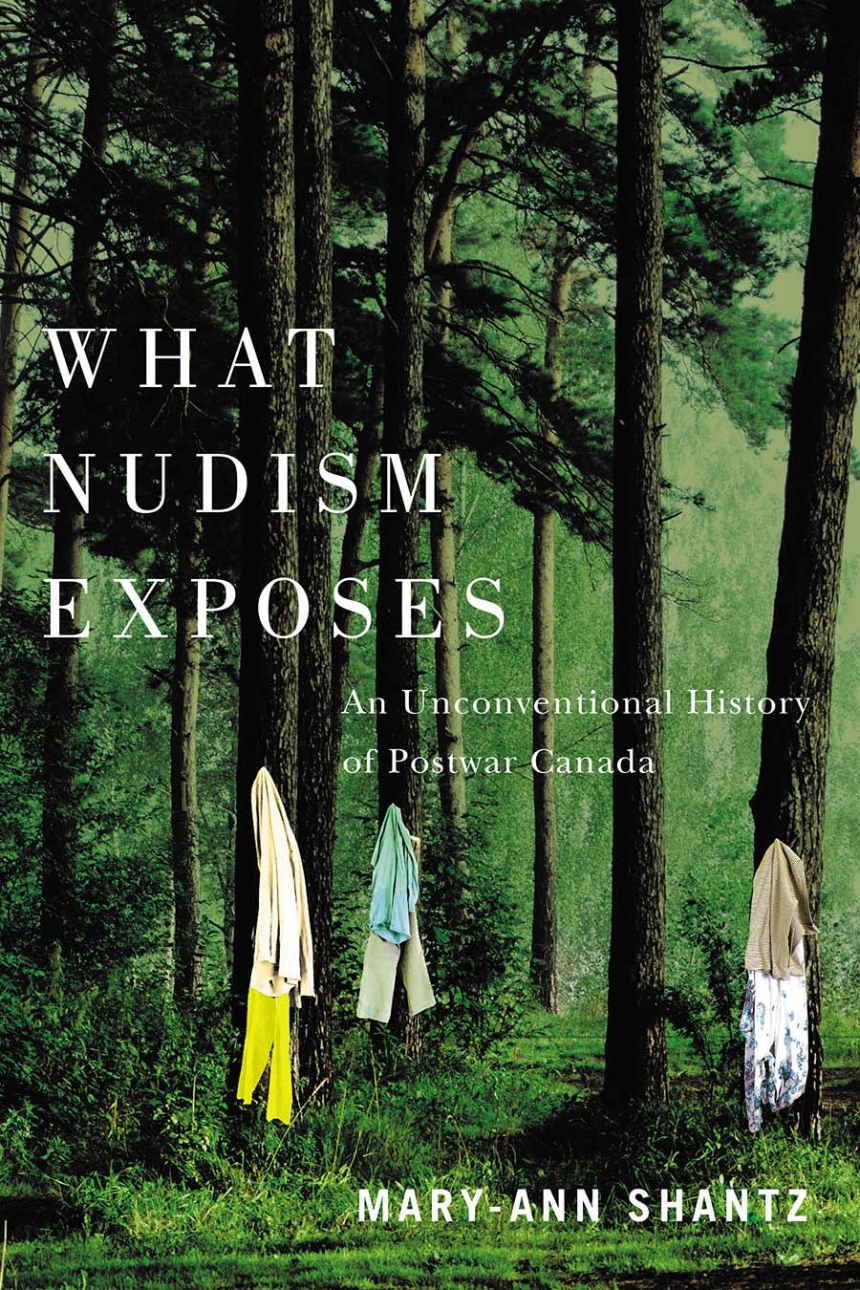 An Unconventional History of Postwar Canada

An Unconventional History of Postwar Canada

A new history of Canada through the story of its nudist movement.

What Nudism Exposes offers an original perspective on postwar Canada by charting the nudist movement’s navigation through changing times and broader social and cultural contexts.

As nudism took root after World War II, its Canadian adherents advanced the idea that going nude and looking at other’s bodies satisfied natural curiosity, loosened social taboos, and encouraged mental health. By the 1970s, nudists switched focus to promoting the pleasurable aspects of their practice. Mary-Ann Shantz contends that throughout the postwar decades, nudists sought social approval as they engaged with contemporary concerns about childrearing, pornography, and public nudity.

What Nudism Exposes explains the movement’s perspectives while questioning its assumptions, arguing that what nudism ultimately exposes is how the body sits at the intersection of nature and culture, the individual and the social, the private and the public.

“What Nudism Exposes deftly explores the fascinating but little-known history of nudism, woven into the larger social story of postwar Canada. No other book focuses on issues of gender relations and sexuality in this context.”