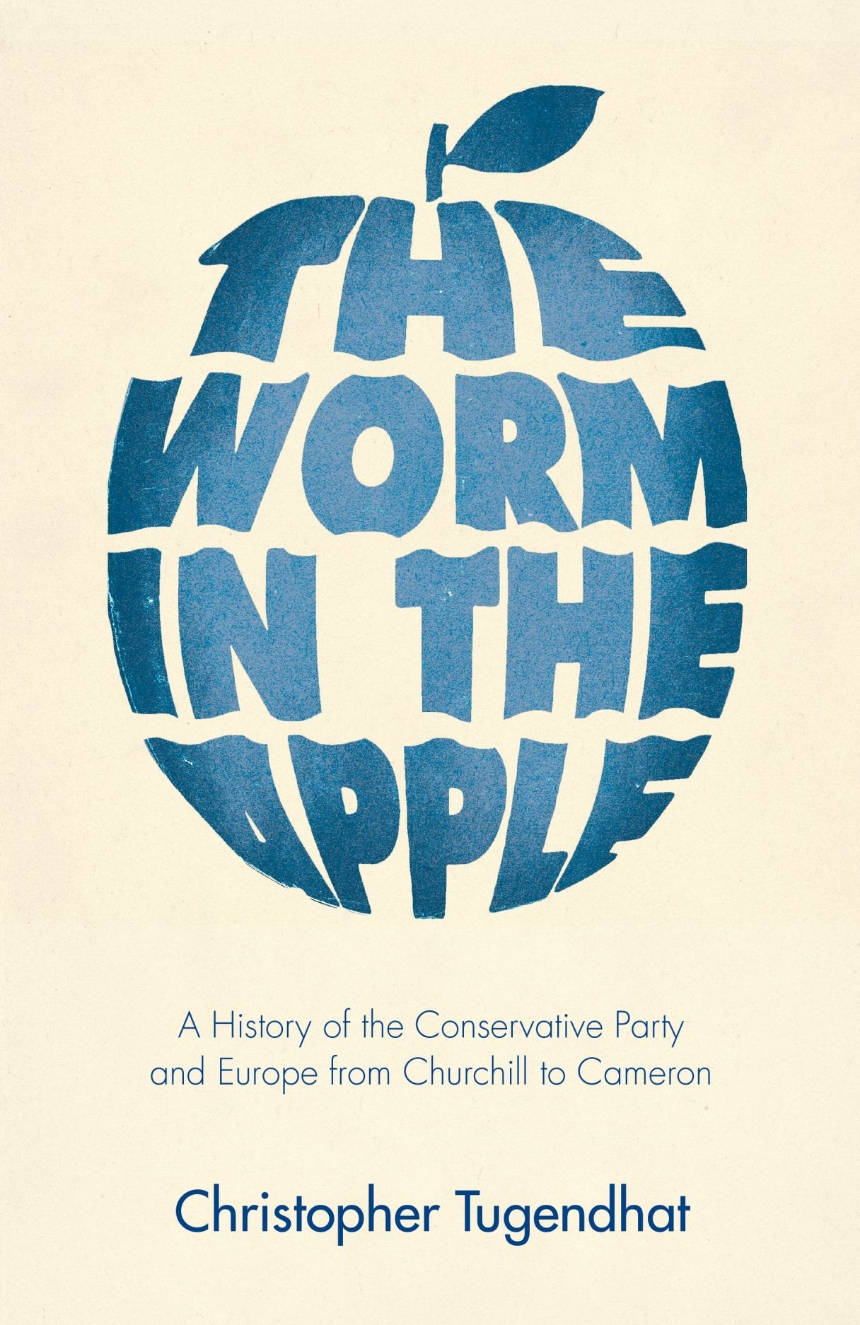 The Worm in the Apple

The Worm in the Apple

The first extensive history of the relationship between the UK Conservative Party and the European Union.

The Conservative Party has been in power for 47 of the 65 years since the end of World War II. During that time the division within the party over Europe has been the enduring drama of British politics—from Churchill’s decision not to join the original European Coal and Steel Community in 1951 to Cameron’s decision to hold the Brexit referendum in 2016. Other leaders came and went, but the issue was always there—sometimes center-stage, at others behind the scenes—destabilizing foreign policy, corroding the body politic, and destroying several of the party’s leaders. These questions, and how they panned out, created a deep, grumbling discontent—the worm in the apple—that, over time, turned the Conservative Party and, by extension, a significant section of the electorate, against British membership of the EU. By telling the story of the arguments and divisions within the Conservative Party, The Worm in the Apple helps to explain why Britain voted to leave the European Union in 2016.

“Tugendhat’s book is not long... and he has clearly set out to appeal to the general reader, those interested in politics rather than the political experts. In this I think he has succeeded well, with both pace and tone just right; the book is clearly authoritative but avoids being over-detailed, and in particular it avoids the trap so many politicians fall into of describing the political to and fro in such detail that only other politicians would be interested in it.”

“Tugendhat, a strong supporter of European unity, has written a fascinating and remarkably detached account of how Britain came to reverse that decision. His analysis of the political mistakes that made this outcome increasingly probable, beginning with the government’s failure at the outset to be frank about the implications of membership, go to the heart of the matter.”

Norman Lamont, Member of House of Lords of the United Kingdom

"The switch of Conservative Party opinion on Europe was of profound and enduring significance to the UK and the EU. At the heart of this absorbing narrative of how and why it happened is a superb insider’s account of a critical moment in the story and one of the great might-have-beens of British history if Margaret Thatcher had been treated differently by the big figures in Europe after 1979."

Peter Hennessy, author of Winds of Change: Britain in the Early Sixties

"Britain has 'left' and re-joined Europe a dozen times over the past two thousand years. The latest round has been among the bitterest. Tugendhat's survey is a masterful injection of sanity into this timeless argument."

The controversy within the Conservative Party over Europe was for sixty-five years an enduring drama of British politics – from Churchill’s decision not to join the original European Coal and Steel Community (ECSC) in 1951 to Cameron’s decision to hold an In/Out referendum in 2016. Other incidents came and went. It was always there, sometimes in the foreground, at others behind the scenes. It destabilised British foreign policy, corroded the body politic, and destroyed several of the party’s leaders.

The drama was sustained by a sequence of ifs. If Churchill, and Eden, had not turned their backs on the original enterprise in the 1950s; if Macmillan in 1961 and Heath in 1973 had not rejected advice to come clean with the people about the sovereignty implications of membership; if President Valéry Giscard d’Estaing of France and Chancellor Helmut Schmidt of West Germany had not tried to browbeat Margaret Thatcher when she became prime minister in 1979; if her fall in 1990 had not left a legacy of bitterness about Europe; if she had not undermined her successor, John Major, after he had negotiated the Maastricht Treaty in 1992; if, after 1997, the Conservative Party had not paved the way for UKIP and fallen in thrall to its agenda; if immigration into Britain from other European Union (EU) countries had not increased so much after the enlargement of the EU in 2004; if, if, if…

These possibilities and how they panned out created a deep, grumbling discontent – the worm in the apple – that, over time, turned the Conservative Party and, by extension, a significant section of the electorate against British membership of the EU. While the outward form of the membership remained unchanged, the worm ate away at its legitimacy. To understand why Britain voted to leave in 2016, it is necessary to understand the arguments and divisions within the Conservative Party that began under Churchill and reached their apotheosis under Cameron. They are by no means the whole story, but they are an important part of it.

In 1972, as a Conservative MP, I voted in favour of the highly contentious European Communities Act, which enabled Britain to join the European Economic Community (EEC) on 1 January 1973. In the 1975 referendum, I campaigned with other members of my party for Britain to remain a member. When Thatcher was prime minister, I was a European commissioner in Brussels. When I returned to Britain in 1985, I wrote a book about the future of Europe. Since the early 1990s, I have been a member of the House of Lords, participating in debates on European issues. In the 2016 referendum, I voted to remain.

Now, fifty years after the epic Parliamentary battles generated by the 1972 act, I explain how the worm entered the apple; why it flourished; how the apple might have been saved; and the factors, going back over many decades, that contributed to the result of the 2016 referendum and so to British withdrawal.