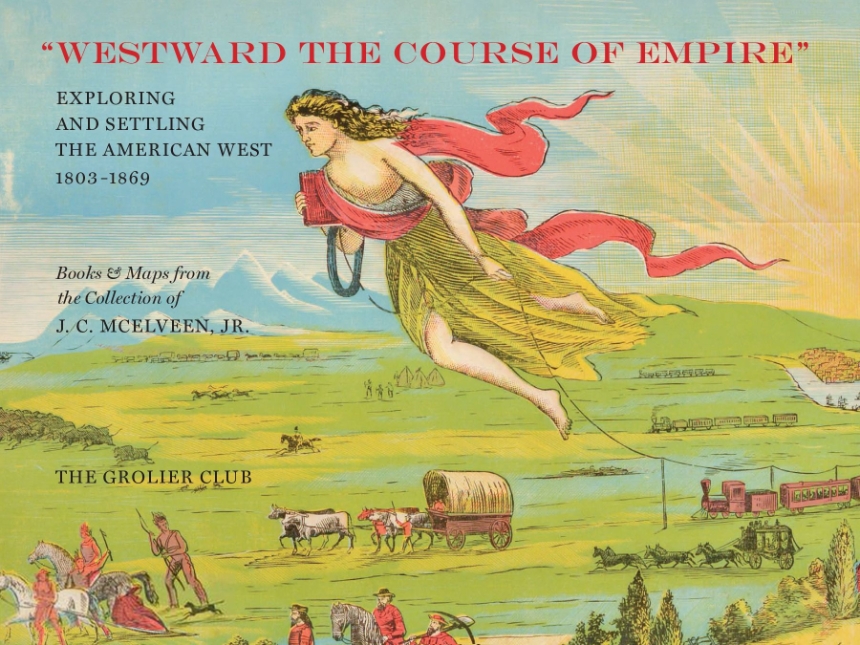 "Westward the Course of Empire"

Exploring and Settling the American West

"Westward the Course of Empire"

Exploring and Settling the American West

With a Foreword by Ralph Ehrenber
In the nineteenth century, the exploration and settlement of the West exploded. During the 58 years between the Louisiana Purchase and the Civil War, the United States expanded from the Mississippi River to the Pacific Ocean, and, in the far West, from the 32nd Parallel to the 49th. By the late 1850s, almost all of these areas had been mapped and explored. Among the many iconic maps featured in this catalogue, which accompanied an exhibition at the Grolier Club, is Lewis and Clark’s map of the Northwest. Published in 1814, it remained the standard against which all mapping of that part of North America was measured for decades.