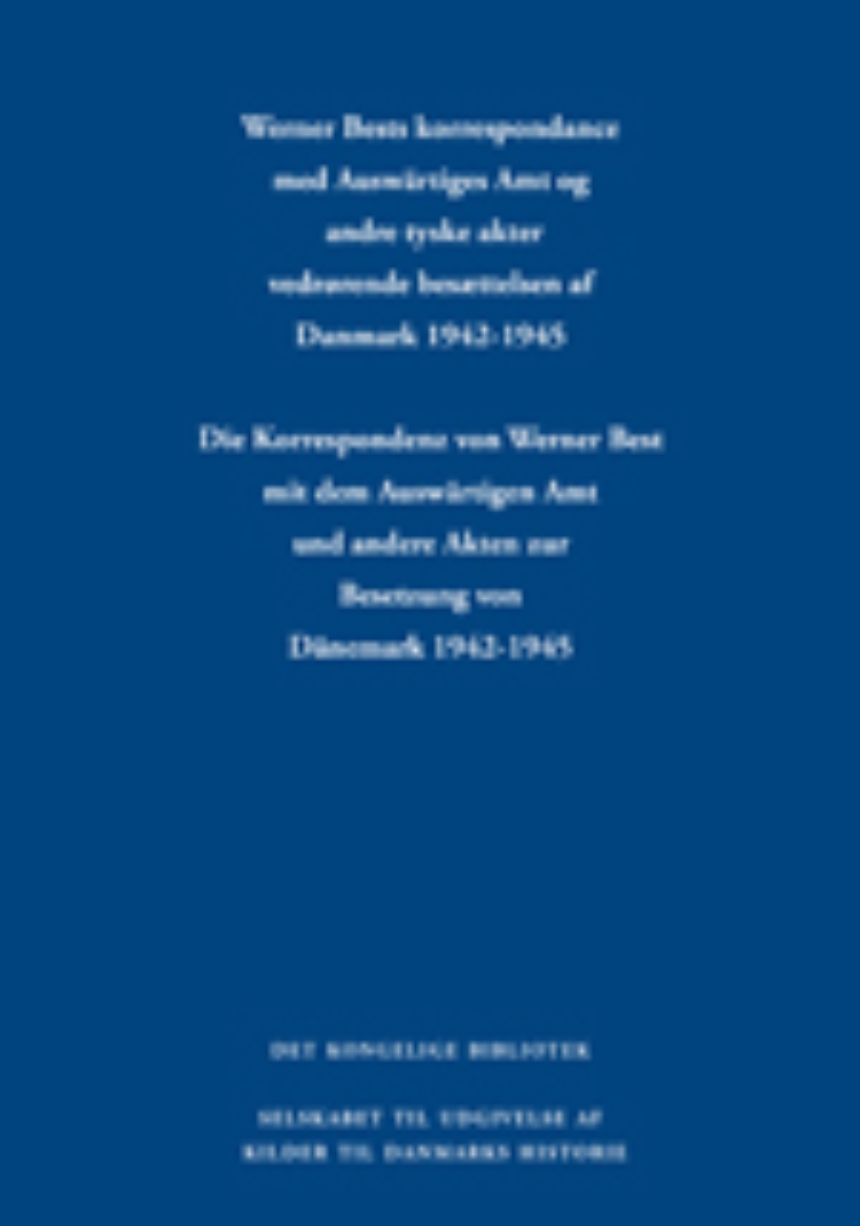 Ten-volume work in German and Danish

Ten-volume work in German and Danish

The German plenipotentiary in Denmark, Werner Best, reported back several times a day to the German Foreign Ministry in Berlin about conditions in occupied Denmark between November 1942 and May 1945. In the opposite direction came directives and correspondence from the German Foreign Office to Denmark. This correspondence makes up the core in this publication. The work is supplemented with primary sources from other German authorities, mainly from the the highest ranking officers of the Wehrmacht, the Navy, German Police and for the unit that held responsibility for dealing with munitions contracts with Danish businesses.
Werner Best was ordered, in April 1945, to burn his correspondence from the years 1942–1945. The letters have, however, been reconstructed after a thorough examination of especially Danish and German archives. During the research, many of the sources researchers once thought of as lost, have now been re-found.
This work consists of 10 volumes, containing 2,900 annotated documents – all in German and with Danish annotation – that together give a picture of how the occupying German forces regarded and dealt with occupied Denmark. The period was one of the bloodiest and most dramatic periods in modern Danish history. Most of the documents have never before been published, and many have as yet not been referenced by researchers of the period.
Volume 10 includes a dozen appendices with an overview of executions, German acts of terror, Danish workers in Germany, the prisoners of the Gestapo and Danes deported to Germany.
Furthermore, the work of Rector Dr. Aage Trommers on the incidences of railway sabotage is printed for the first time. The work was originally made for the rector’s doctoral dissertation on the same subject in 1971.