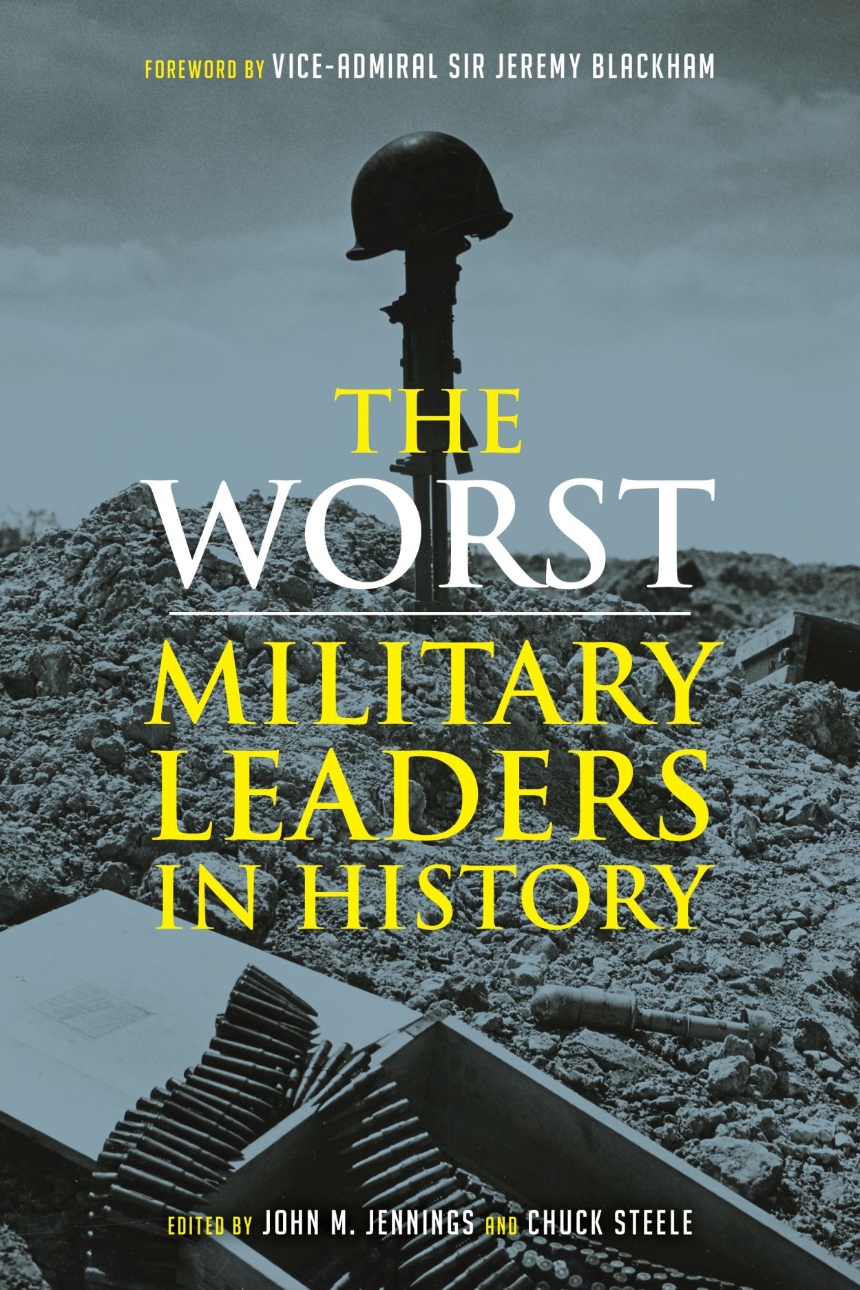 The Worst Military Leaders in History

The Worst Military Leaders in History

With a Foreword by Vice-Admiral Sir Jeremy Blackham
Spanning countries and centuries, a “how-not-to” guide to leadership that reveals the most maladroit military commanders in history.

For this book, fifteen distinguished historians were given a deceptively simple task: identify their choice for the worst military leader in history and then explain why theirs is the worst.

From the clueless Conrad von Hötzendorf and George A. Custer to the criminal Baron Roman F. von Ungern-Sternberg and the bungling Garnet Wolseley, this book presents a rogues’ gallery of military incompetents. Rather than merely rehashing biographical details, the contributors take an original and unconventional look at military leadership in a way that appeals to both specialists and general readers alike.

While there are plenty of books that analyze the keys to success, The Worst Military Leaders in History offers lessons of failure to avoid. In other words, this book is a “how-not-to” guide to leadership.

"Ranging far and wide in chronology and geography . . . this is a stimulating collection of essays—pithily written and persuasively argued—that fills a gap in the important study of 'those who make someone else’s victory possible.'"

"On the night Russia invaded Ukraine, I was reading a new book, The Worst Military Leaders in History, edited by Jennings and Steele. The monumental failings of leadership described range from the well-known death of General Custer and all his men to the less remembered Athenian leader, Nikias, whose disastrous attempt to capture Syracuse led to the collapse of the entire Athenian empire. Three weeks on, it seems like a second edition might have to include the Russian defense minister, Sergei Shoygu, and his top brass."

"This book examines a rogues' gallery of military leaders from across history who may be judged to have failed as a result of their own errors rather than through the brilliance of an opposing commander. Some of them failed in terms of strategic vision and planning, some because of tactical ineptitude, and others as the result of serious flaws of character. . . . On it goes, a tally of tragedy inflicted on troops and civilians alike by leaders at best inept, and at worst immoral, in their behavior."

"This international and centuries-long rogues gallery exemplifies the challenges of command and the factors, personal, political, strategic, and tactical, that a leader entertains or ignores at his peril. Most of the subjects are easily recognizable for their shortcomings, and a couple are surprising. JAMP readers will enjoy the lot."

Journal of America's Military Past

"Focusing on the worst, the failures and losers, is admittedly an unconventional approach to the subject, but that doesn’t mean it’s not useful: It examines the behavior of leaders who failed badly, even catastrophically, as a result of their own errors and character flaws, their lack of strategic vision or their tactical ineptitude... The Worst Military Leaders in History is meant to be thought-provoking, and it surely is that."

Military biography is one of the oldest and most prolific sub-disciplines in the field of history. The ancients, such as Thucydides and Sima Qian, readily grasped that one must analyse the decisions made by military leaders in order to understand the reasons for victory or defeat on the battlefield, and in order to analyse those decisions, it is necessary to understand the people who made those decisions. How did their backgrounds and character influence their decision-making? What constraints did they face, and how did they cope with those constraints in the pursuit of victory? Why did they make the decisions they did, and how did those decisions lead to success or failure? These universal questions have fascinated military historians for thousands of years and have led to the writing of countless volumes.

Consequently, a keen awareness of the long and distinguished tradition of military biography placed us in the challenging position of adding another volume to the vast corpus that will offer a new and different perspective on the age-old questions of leadership. In considering this challenge, we drew on numerous informal discussions among the faculty of the history department at the United States Air Force Academy (USAFA). As military history is one of the core courses offered at USAFA, there is never a paucity of faculty or cadets eager to discuss the merits of individual leaders and their influence on fields of battle. Indeed, as usafa serves as a centre for the education and training of future officers, it is incumbent upon its history professors to illuminate the historic challenges posed to members of the profession upon which they are entering. Generally, conversations of military leadership in the classroom focus on history’s greatest commanders. With limited time to address even a small portion of the history of armed conflict, faculty tend to concentrate on great captains as it is hoped that by examining history’s most illustrious commanders, young officer candidates will find sources of inspiration and, at the least, generate some degree of self-awareness when it comes to recognizing the traits of successful leaders. As faculty, we emphasize the role of leaders in the hope of engaging our students to see themselves in the stories unfolding before them.

This emphasis on commanders whose greatness is usually defined by victory extends beyond the classroom to the field of military biography. This is not surprising: history, after all, loves a winner too. Moreover, as confirmed by our experience in the classroom, it is entirely logical that, if the lessons of military leadership are to be studied by present and future leaders for practical purposes, they should study success. However, like yin without yang, this is a limited approach that essentially ignores the inverse: if one can learn from studying the successes of the greatest military leaders in history, cannot one also learn equally well from studying the worst military leaders in history? It is to this other side that the present volume is dedicated.

While this project began as something of a flight of fancy, it is an attempt to balance the scales of instruction in military history. The renowned historian Sir Michael Howard provided a set of instructions for those who would make the study of war their business in his essay ‘The Use and Abuse of Military History’. In what has become one of the most oft-quoted articles among military historians, Howard admonished readers to study the subject in width, depth and context. However, professors often make poor students, and much of what Howard advised goes unheeded. In this instance, there seems to be an excess of enthusiasm for the study of winners, and very little, or not a corresponding amount, of attention paid to those who make someone else’s victory possible. Emphasizing the greatest commanders at the expense of the worst does not hew closely to the need to present history in width and depth. Frankly, without giving ample consideration to the worst leaders, historians fail to examine war fully in context. Although the stories presented here are one-sided appraisals, they are meant to provide a counterweight to the standard in terms of explaining outcomes. At the least, they should help provoke readers to question the causes of command failure as much as the sources of success.

Moreover, as the discipline of military history requires critical evaluations of leadership, it is not surprising that those engaged in its study are likely to have very strong opinions about who did well and who did not while in command. What is surprising is that the liveliest discussions among friends and colleagues over the past twenty years have centred on who did the worst in war. In examining history’s great commanders, the same names and well-known arguments emerge, making discussions of such subjects redundant and even tedious. However, discussions of failed commanders inspire a strange passion that verges on competitiveness. Some of the characters discussed in this volume are well known; others may seem obscure. The unifying factor in all these essays is that every leader examined here failed in a noteworthy manner. In fact, their faults have become their legacy –whether it is deserved or not is a judgement reserved for the reader.

War is an adversarial undertaking. For every commander who has won acclaim for solving immense problems in the crucible of war, there is at least one other who has failed to do so. While losing is not always the hallmark of ineptitude, there are some commanders who have managed to fail for various reasons as spectacularly as any who had succeeded. The remarkable individuals whose inability in war has captivated the minds of friends and colleagues are the subjects of the essays in this book. Away from the classroom and its pressure to inspire, the casual conversations of military historians have here been turned into a collection of stories underscoring commanders it is hoped will never serve as role models to future leaders.

Although they too focused largely on the great commanders, the ancients seemed to realize that studying the flaws of the losers could offer significant lessons on military leadership. Thus Thucydides not only examined triumphs of great generals such as Pericles, but he devoted considerable attention to the numerous leadership failures of Nikias (who is the subject of James Tucci’s chapter in this volume) in the Sicilian expedition of 415–413 BCE. Plutarch devoted one of his Lives to Nikias as well, along with other such notable losers as Pyrrhus and Crassus (the subject of Gregory Hospodor’s chapter in this volume), in addition to his biographical sketches of the greats, such as Alexander and Julius Caesar.

This understanding seems to have persisted for millennia, as Niccolò Machiavelli echoed the ancients in his exhortation to prospective rulers:
As to the mental training of which we have spoken, a Prince should read histories, and in these should note the actions of great men, observe how they conducted themselves in their wars, and examine the causes of their victories and defeats, so as to avoid the latter imitate the former. And above all, he should, as many great men of past ages have done, assume for his models those persons who before his time have been renowned and celebrated, whose deeds and achievements he should constantly keep in mind, as it is related that Alexander the Great sought to resemble Achilles, Caesar Alexander, and Scipio Cyrus.
However, modern historical scholarship on the topic of failed military leadership is scanty at best. A notable contribution is Alan Clark’s 1962 The Donkeys, which describes the disastrous offensives launched by the British Expeditionary Force in the first two years of the First World War. His title refers to the description of British soldiers attributed to various German generals as ‘lions led by donkeys’, which at the same time was an indictment of the poor leadership of the ‘donkeys’, namely French and Haig. However, while Clark’s book seems to promise a focus on the leaders, he tends to devote more attention to the horrific impacts of their remarkable ignorance and indifference to the soldiers in the trenches, who were slaughtered in the tens of thousands as they tried to carry out operations that were basically impossible.

The theme of incompetent British military leadership in the First World War has been, relatively speaking, something of a mine as it was also the topic of John Laffin’s British Butchers and Bunglers of World War One. Surveying the entire war, Laffin also devotes considerable attention to the suffering of the enlisted men and junior officers caused by the callous and ill-informed decisions made by their commanders. He is, however, much more explicit in his condemnation of French, Haig, Gough, Hamilton and so on, for not only their gross and seemingly wilful incompetence, but their laziness and dishonesty in refusing to accept responsibility for their catalogue of failures by blaming them on the inexperience of the men, or simply on bad luck.
Gallery
Back to top 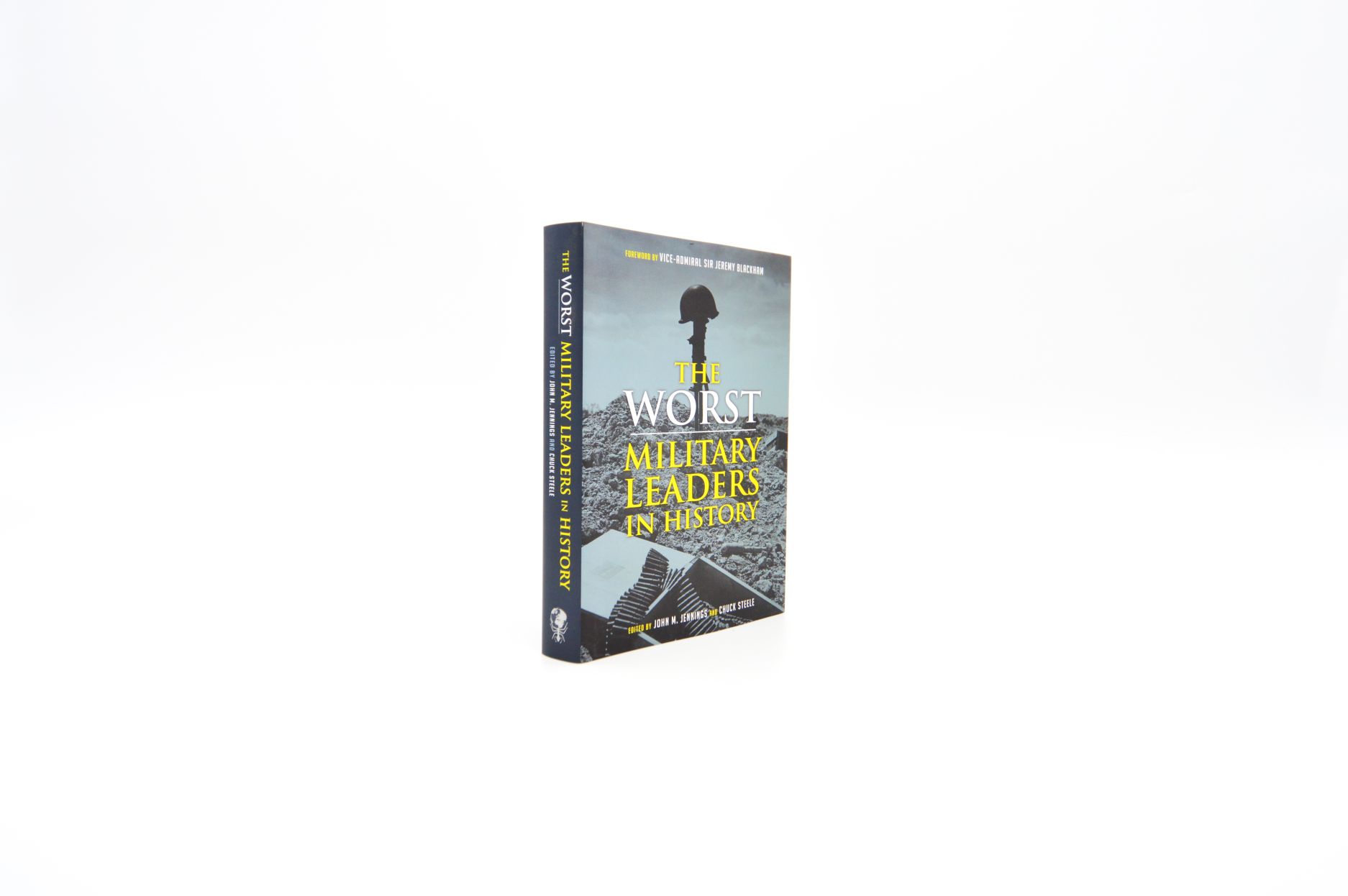 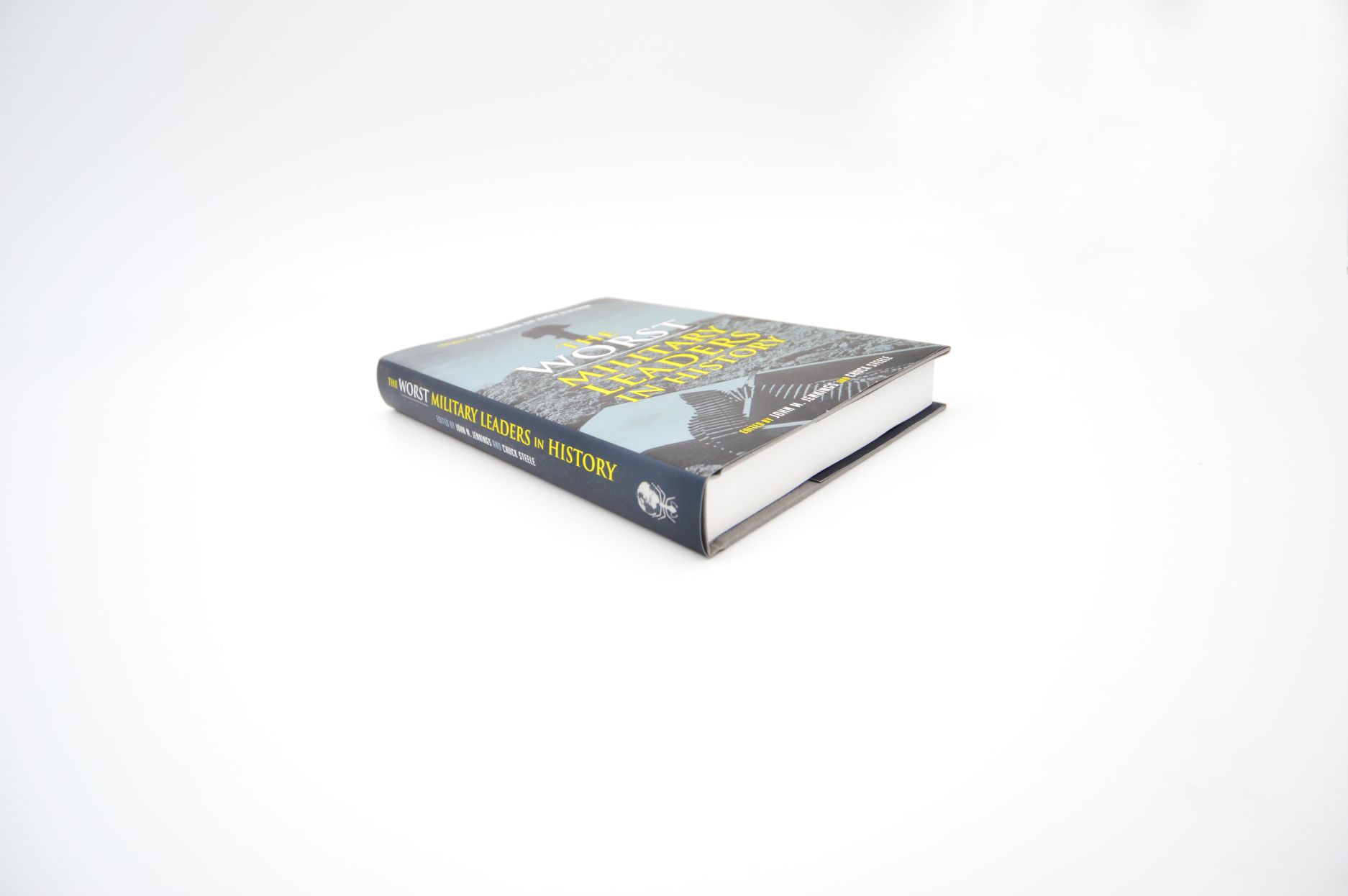 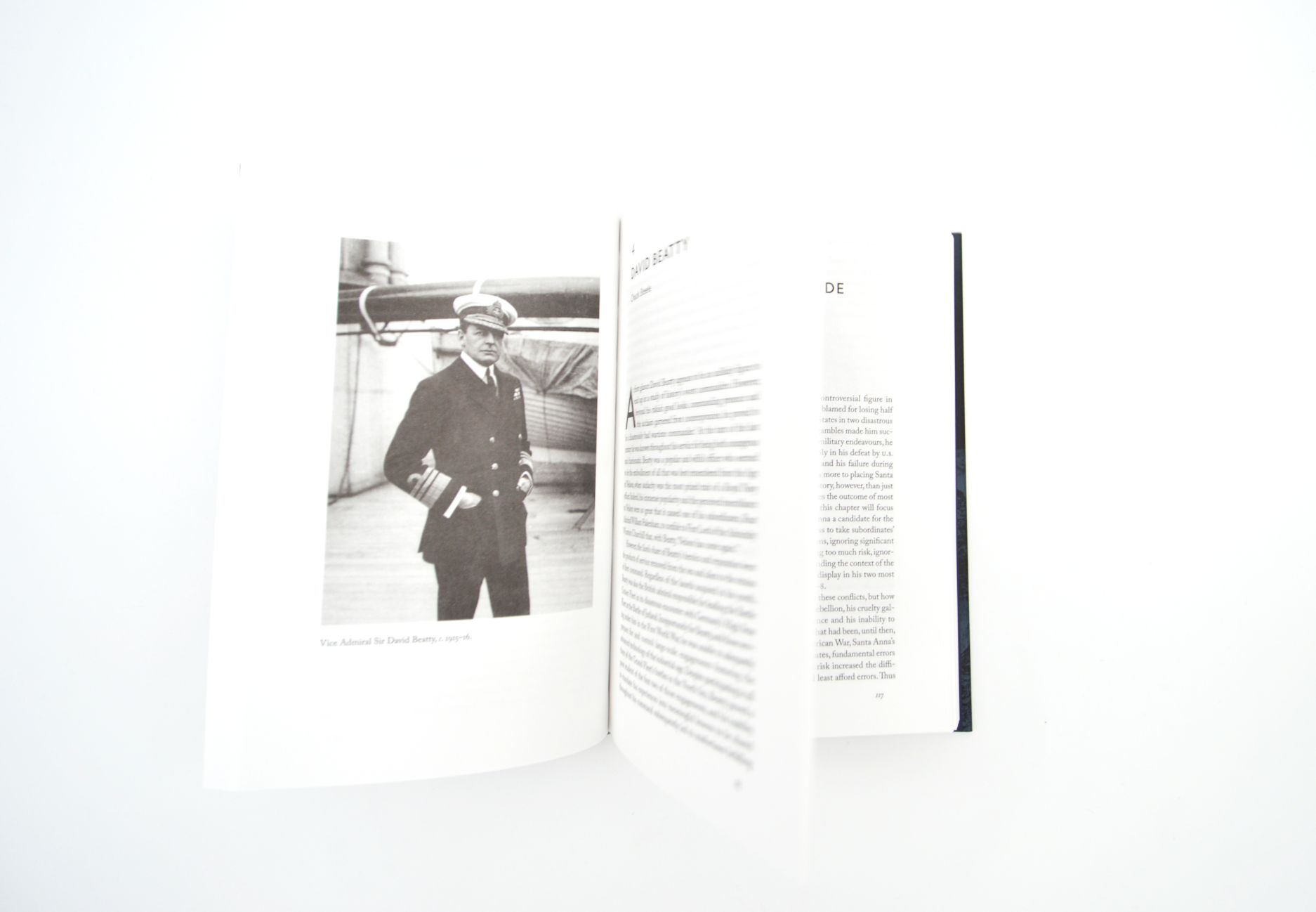 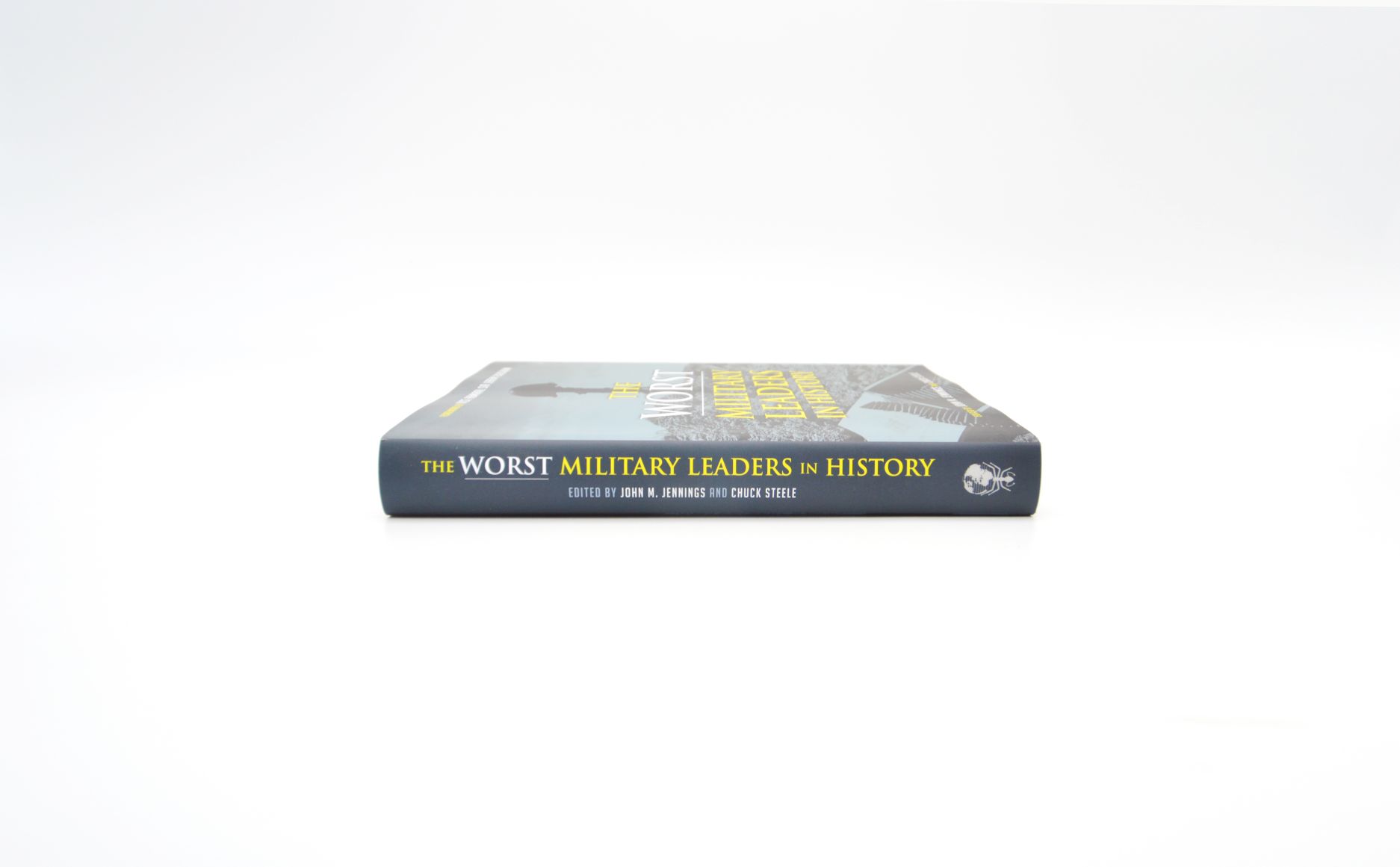 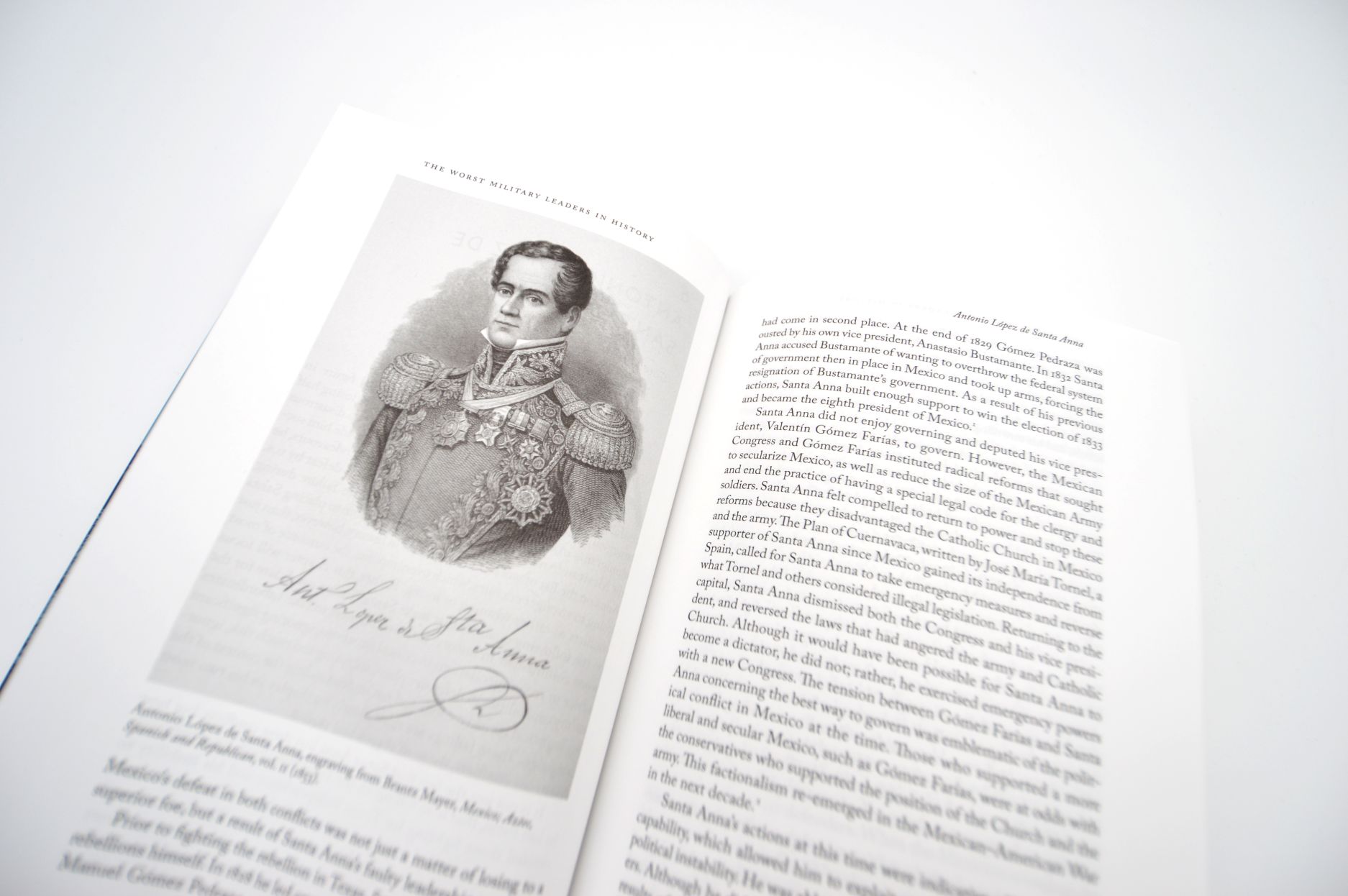 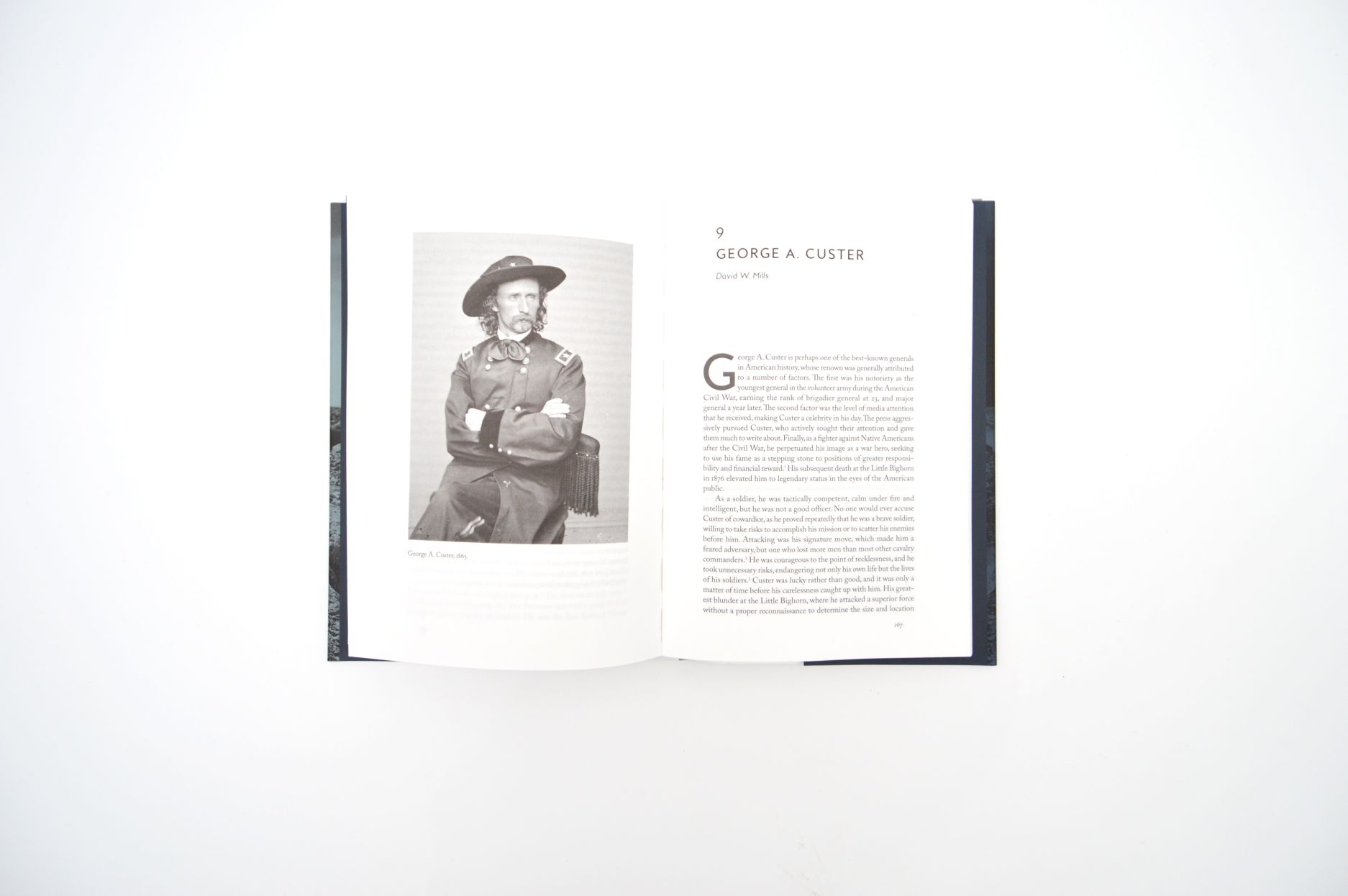