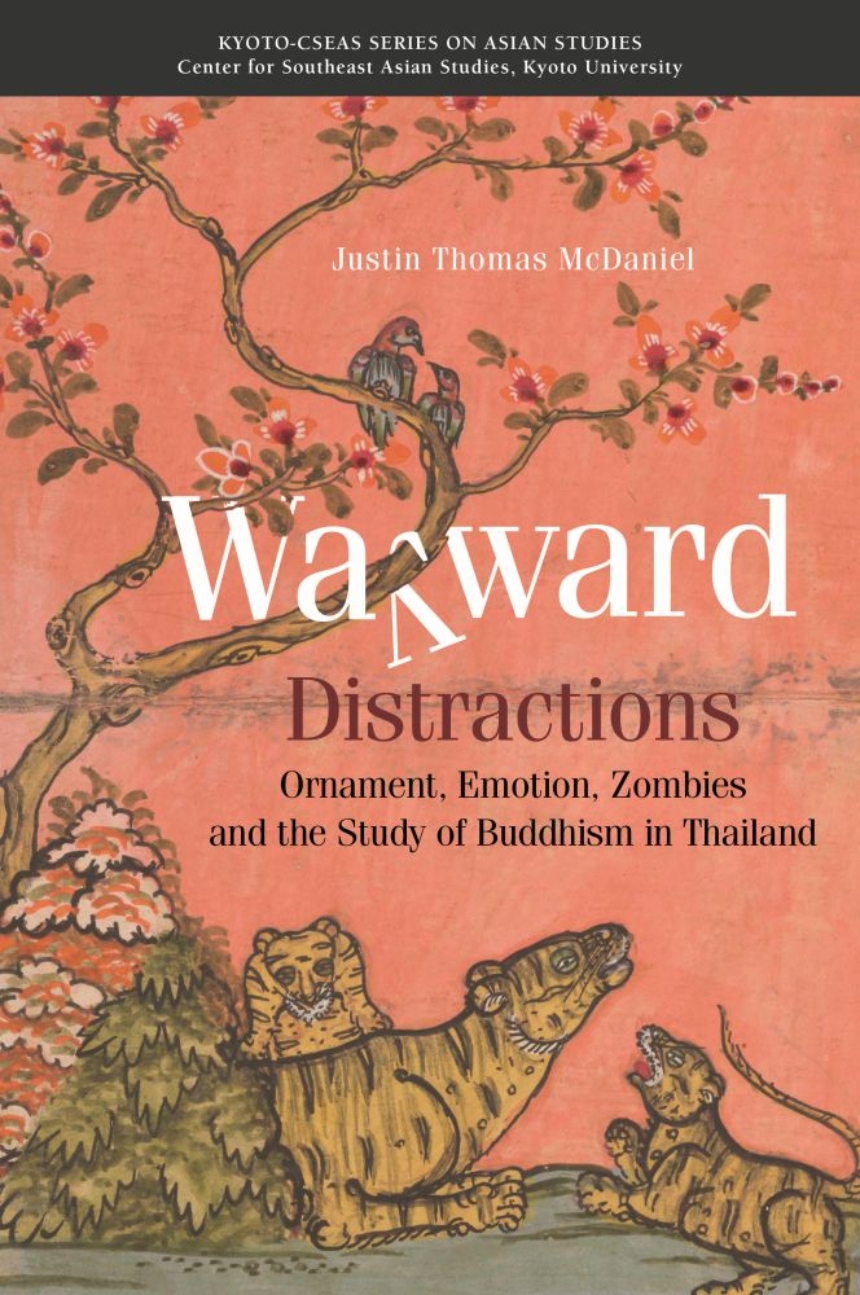 Ornament, Emotion, Zombies and the Study of Buddhism in Thailand

Ornament, Emotion, Zombies and the Study of Buddhism in Thailand

A collection of essays engaging with Buddhism in Thailand and the virtues of distraction and variety within the materialist turn in studies of religion.

In Thailand, Buddhism is deeply integrated into national institutions and ideologies, making it tempting to think of Buddhism in Thailand as a textual, institutional, cultural, and conceptual whole. At the same time, religious expression in the country reflects anything but a single order. Often gaudy, cacophonous, variegated, and jumbled, diversity and apparent contradiction abound. A more open engagement with Buddhism in Thailand requires a willingness to be distracted, to step away from received hierarchies and follow the intriguing detail in the ornate design, the odd textual reference, and to prefer "thin description" over a search for meaning. Justin McDaniel's well-known book-length writings in Buddhist and Theravada studies cannot be fully understood without taking into account his shorter writings, what he calls his wayward distractions. Collected together for the first time, these essays cover subjects ranging from ornamental art to marriage and emotion, the role of Hinduism, neglected gender and ethnic diversity, Buddhist inflections in contemporary art practice, and the boundaries between the living, dead, and undead. These writings will be of importance to students of Theravada and Thailand, of religion in Southeast Asia and more generally, of the materialist turn in studies of religion.

“This work is a treasure for any fan of McDaniel’s outstanding work on Thailand. A selection of ten articles published between 2000 and now, this first volume shows the diversity of his work and his efforts to challenge limiting understandings of Buddhism in Thailand. . . .  An extremely helpful book for beginner and experienced scholars of Thai studies and Thai Buddhism.”

Introduction: Cajoleries, Non-Human Ontology and the Importance of Thin Description in the Study of Thai Buddhist Stuff

Ethnicity and the galactic polity: Ideas and actualities in the history of Bangkok

Creative Engagement: the Sujavanna Wua Luang and its Contribution to Buddhist Literature

Beautifully Buddhist and Betrothed: Marriage and Buddhism as described in the Jatakas

The Bird in the Corner of the Painting: Problems with the Use of Buddhist Texts to Study Buddhist Ornamental Art in Thailand

The Material Turn: An Introduction to Thai Sources for the Study of Buddhist Amulets

This Hindu Holy Man is a Thai Buddhist

Encountering Corpses: Notes on Zombies and the Living Dead in Buddhist Southeast Asia