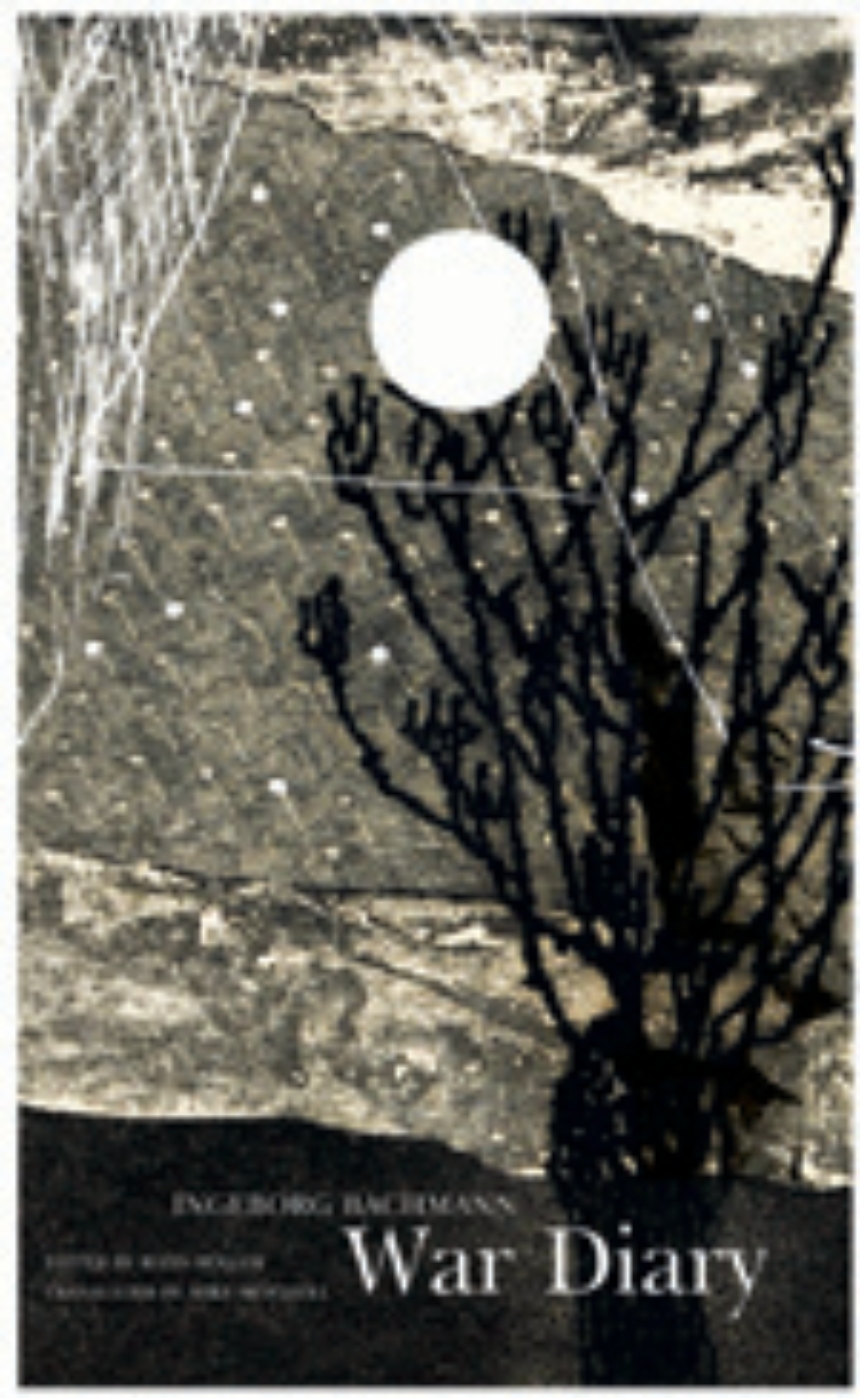 With Letters from Jack Hamesh
Edited and with an Afterword by Hans Höller
Translated by Mike Mitchell
Austrian writer Ingeborg Bachmann (1926–73) is recognized as one of the most important novelists, poets, and playwrights of postwar German literature. As befitting such a versatile writer, her War Diary is not a day-by-day journal but a series of sketches, depicting the last months of World War II and the first year of the subsequent British occupation of Austria. These articulate and powerful entries—all the more remarkable taking into account Bachmann’s young age at the time—reveal the eighteen-year-old’s hatred of both war and Nazism as she avoids the fanatics’ determination to “defend Klagenfurt to the last man and the last woman.”
The British occupation leads to her incredible meeting with a British officer, Jack Hamesh, a Jew who had originally fled Vienna for England in 1938. He is astonished to find in Austria a young girl who has read banned authors such as Mann, Schnitzler, and Hofmannsthal. Their relationship is captured here in the emotional and moving letters Hamesh writes to Bachmann when he travels to Israel in 1946. In his correspondence, he describes how in his new home of Israel, he still suffers from the rootlessness affecting so many of those who lost parents, family, friends, and homes in the war.
War Diary provides unusual insight into the formation of Bachmann as a writer and will be cherished by the many fans of her work. But it is also a poignant glimpse into life in Austria in the immediate aftermath of the war, and the reflections of both Bachmann and Hamesh speak to a significant and larger story beyond their personal experiences.
Praise for the German Edition
“A minor sensation that will make literary history. Thanks to the excellent critical commentary, we gain a sense of a period in history and in Bachmann’s life that reached deep into her later work. . . . What makes these diary entries so special is . . . the detail of the resistance described, the exhilaration of unexpected peace, the joy of freedom.”—Die Zeit

“Far from the elliptical voice most readily associated with Bachmann, one is struck by the directness and simple honesty of the [War Diary]; the passions, stubbornness, and humor of a young woman, and her real fear, are all profoundly moving. But one also gets a sense of her literary tastes at this time (Baudelaire, Rilke and Mann) and the philosophical fascination which would lead to her academic career and, one might add, the clarity and precision of her later writing.”

Afterword
Notes on the Texts