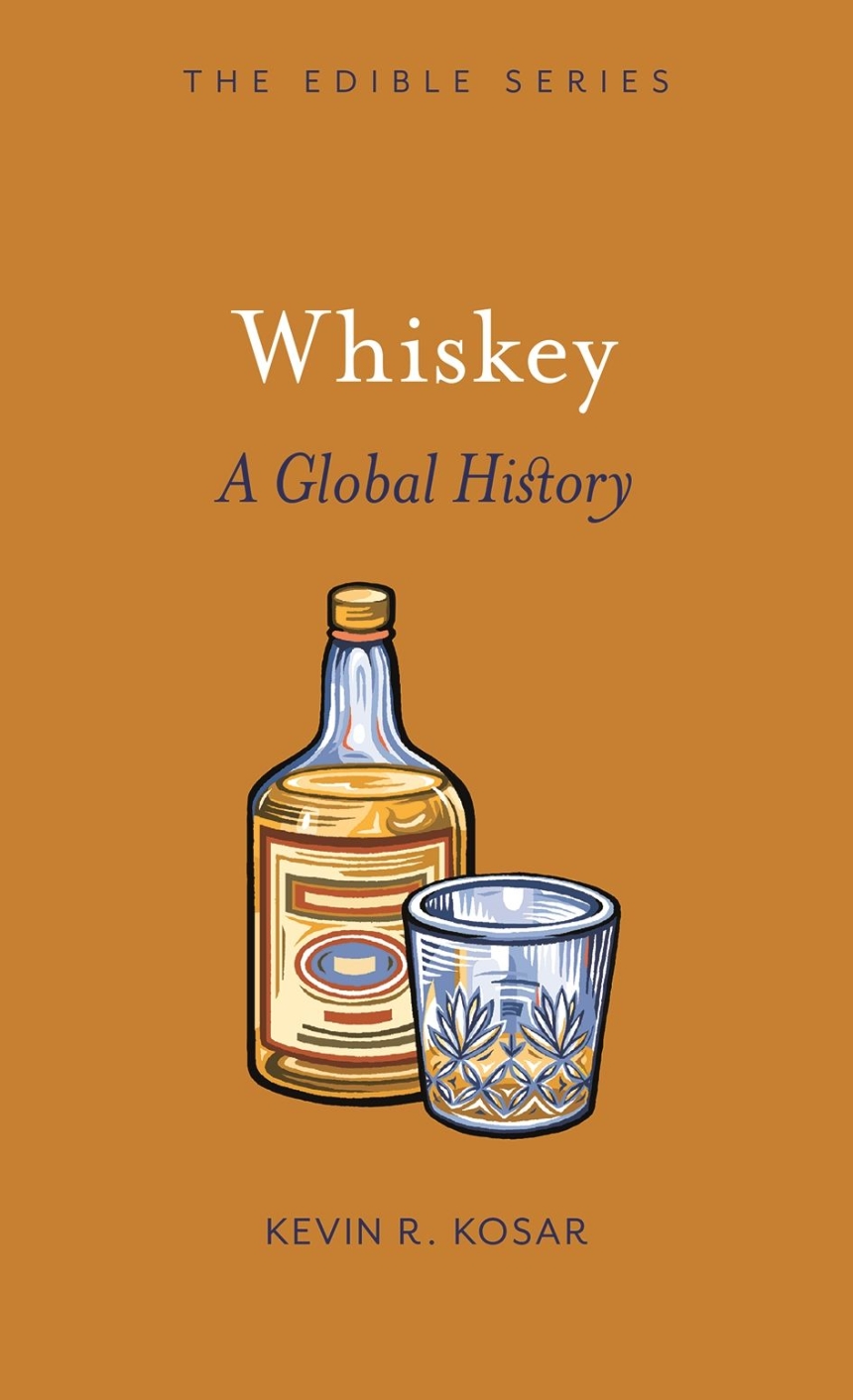 A Manhattan or a Sazerac; neat, on the rocks, or with a splash of soda—no matter how it’s served up, whiskey is synonymous with the poet’s inspiration and the devil’s spirit. Be it bourbon, rye, corn, Irish, or Scotch, whiskey has an infamous and celebrated history from a sometimes lethal, herb-infused concoction to a high-quality, meticulously crafted liquor.

In Whiskey, Kevin R. Kosardelivers an informative, concise narrative of the drink’s history, from its obscure medieval origins to the globally traded product that it is today. Focusing on three nations—Scotland, Ireland, and America—Kosarcharts how the technique of distillation moved from ancient Egypt to the British Isles. Contrary to popular claims, there were no good old days of whiskey: before the twentieth century, consumers could never be sure just what was being poured in their cup—unscrupulous profiteers could distill anything into booze and pawn it off as whiskey. Eventually, government and industry established legal definitions of what whiskey is and how it could be made, allowing for the distinctive styles of whiskey known today.

Whiskey explains what whiskey is, how it is made, and how the types of whiskey differ. With a list of suggested brands and classic cocktail recipes for the thirsty reader, this book is perfect for drink and food enthusiasts and history lovers alike.

"Whiskey, at 144 pages, is the perfect primer for the person who wants to quickly learn the basics."

“Kosar has now poured his expertise into a new book, Whiskey: A Global History, where he shares not only his passion for the potent potable but also his knowledge about its political, economic, and cultural history. . . . Extensively researched at the Library of Congress, where he works, Whiskey is nicely illustrated with vintage photographs, advertisements, and cartoons, and packed with factoids and stories.”

“Kevin Kosar might be the most thoughtful boozehound you’ll ever meet.”

"Scotch purists may splutter over Kosar’s planet-wide perspective: note his spelling. But open-minded readers, and drinkers, will raise a glass to his elan and expertise."

"A brief, informative, and endlessly diverting history of whiskey—in its many incarnations—that is not exactly intoxicating, but deeply satisfying.  . . . The great mystery of whiskey—to this consumer, at least—is the extent to which its common origins produce such disparate products, and how radically different human palates can be. One man’s smooth, nutty beverage is another’s wretched toxin, and the author has his own distinct tastes. But it would be difficult to find, in the holiday season, a superior gift to this tasty, eye-opening, gem of light scholarship.--Weekly Standard

"There’s probably no more storied beverage than whiskey. Few have generated as many myths. Whiskey: A Global History, by Kevin Kosar, peels away the mythology to examine the real history of this legendary drink. Kosar shows that its history is at least as fascinating as the legend."

1. Origins: From Seed to Spirit
2. Early History
3. Whisky in Scotland
4. Whiskey in Ireland
5. Whiskey in the USA
6. The Twenty-first Century Whiskey World