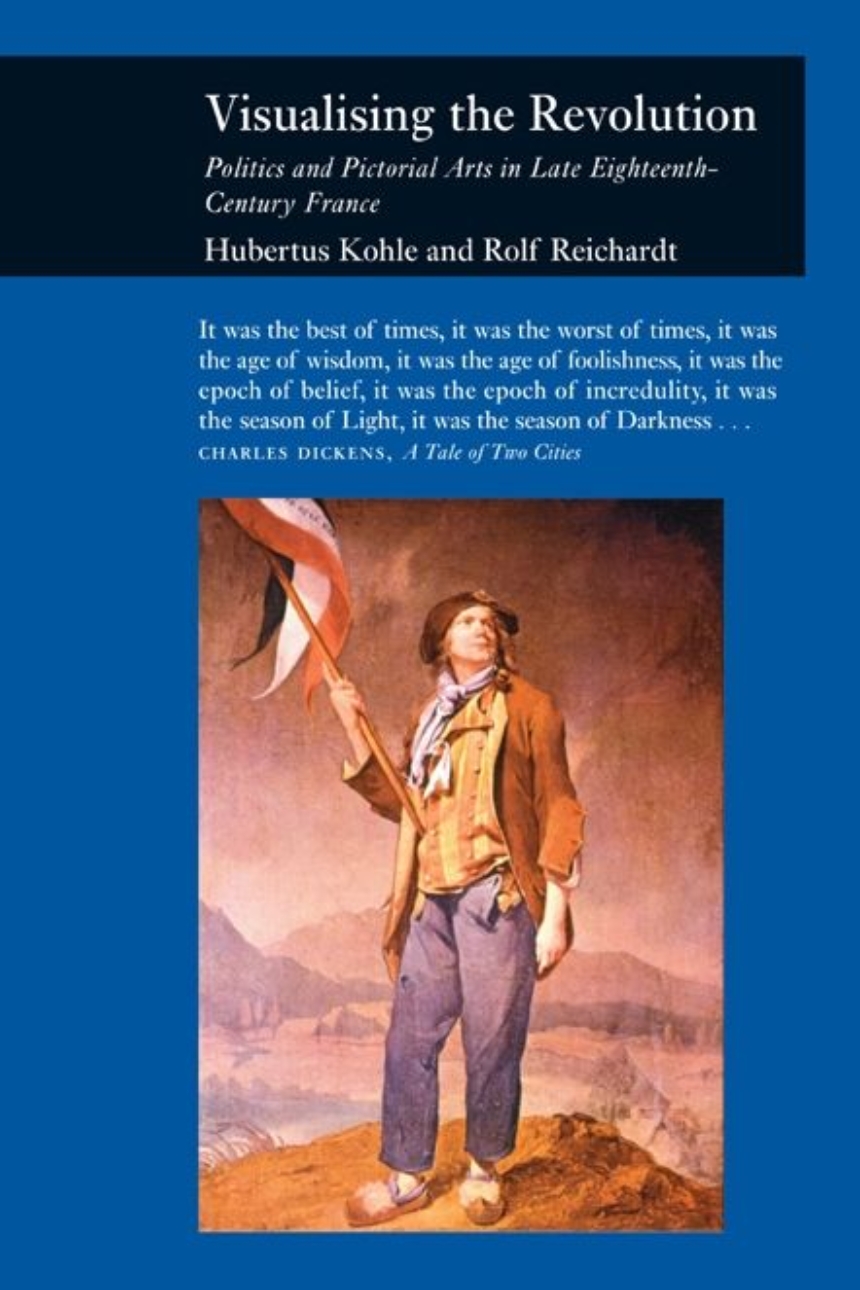 The French Revolution was marked by a wealth of imagery and visual symbolism that inspired the masses to fight for freedom. Visualizing the Revolution surveys the rich and multifaceted visual culture of the French Revolution, exploring its creation and how it conveyed the new revolutionary sensibilities of the era.

Unlike most studies on art of the French Revolution, Visualizing the Revolution embraces a wide range of artistic genres—including prints, architecture, painting, and sculpture—and also draws upon archival documents to investigate the period’s aesthetic concerns. The authors break new ground in methodology and interpretative practice as they tease out the web of connections between these various historical artifacts and argue for the central place of the arts in the transmission of ideas and the political manipulation of the populace. The book translates the provocatively new visual language revealed in these artworks and writings and shows how its emphasis on metaphor, allegory, and symbolism transformed French mass visual culture.  An innovative and lushly illustrated study, Visualizing the Revolution is a worthy new contribution to scholarship on the French Revolution and the history of French art.

"To truly ’visualize the Revolution,’ as the authors of this fascinating book maintain, requires a study of the images found in caricatures and pamphlets of the penny press. . . . The amassing of this unfamiliar trove, the decipherment of often-arcane examples, and the analysis of their relation to the revolutionary discourse are the  major contributions of this study."

`"The book navigates admirably between the dynamics of the Revolution and the vast array of objects that ’visualized’ them. Historians and art historians alike of eighteenth-century France will no doubt receive the volume as a welcome contribution to the field and, perhaps most of all, as a pedagogical resource. Moreover, readers more accustomed to French and Anglo-American scholarship on the Revolution than to the German lirterature in the field will likely appreciate the book’s fresh perspective on its subject."

"A new contribution and approach . . . this publication is a useful step in understanding not only the changes in printmaking at the end of the eighteenth century, but also the complex discourse surrounding it." – Print Quarterly

"This book builds on the last thirty years of research into revolutionary imagery, to which Reichardt has already made substantial contributions, and offers the most original and though-provoking analysis yet seen of revolutionary prints. Although the authors put prints alongside paintings, sculpture, and architecture and emphasize the interrelationship of all these media, they rightly give prints pride of place as the genre that witnessed an explosion of creativity during the French Revolution."