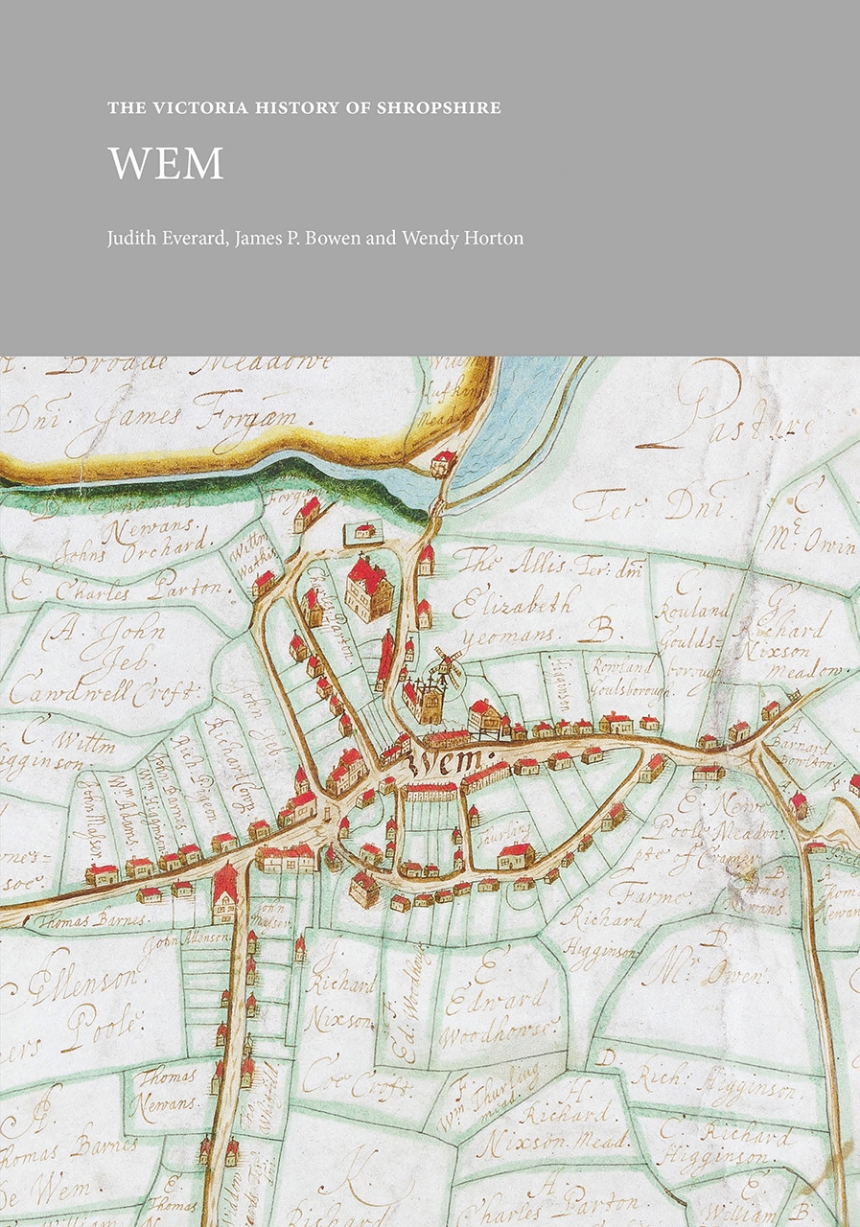 The Victoria History of Shropshire: Wem

The Victoria History of Shropshire: Wem

The township of Wem lies on the North Shropshire Plain, about nine miles north of Shrewsbury. The centre of a much larger medieval manor and parish, the township consists of the small medieval market town and its immediate rural hinterland. Anglo-Saxon settlements existed in the area but the town developed from a Norman foundation, with a castle, parish church, market and water mill. The urban area of the township, ‘within the bars’, was distinguished from the rural, ‘without the bars’. Burgages were laid out, with a customary borough-hold tenure, but the borough never attained corporate status. Isolated from the main regional transport routes, Wem developed as a local centre of government and trade in agricultural produce, especially cheese. It was thrust onto the national stage in 1642 when Parliamentarians defeated a Royalist attack and held the town for the duration of the Civil War. The ‘great fire’ of 1677 then destroyed most of the medieval buildings in the town centre, leading to its predominantly Georgian and Victorian appearance today. The decline in agricultural employment and the withdrawal of services and industries from small market towns like Wem in recent decades is a challenge, met by the advantage of the railway station to residents who work elsewhere but choose the town as a place to live.