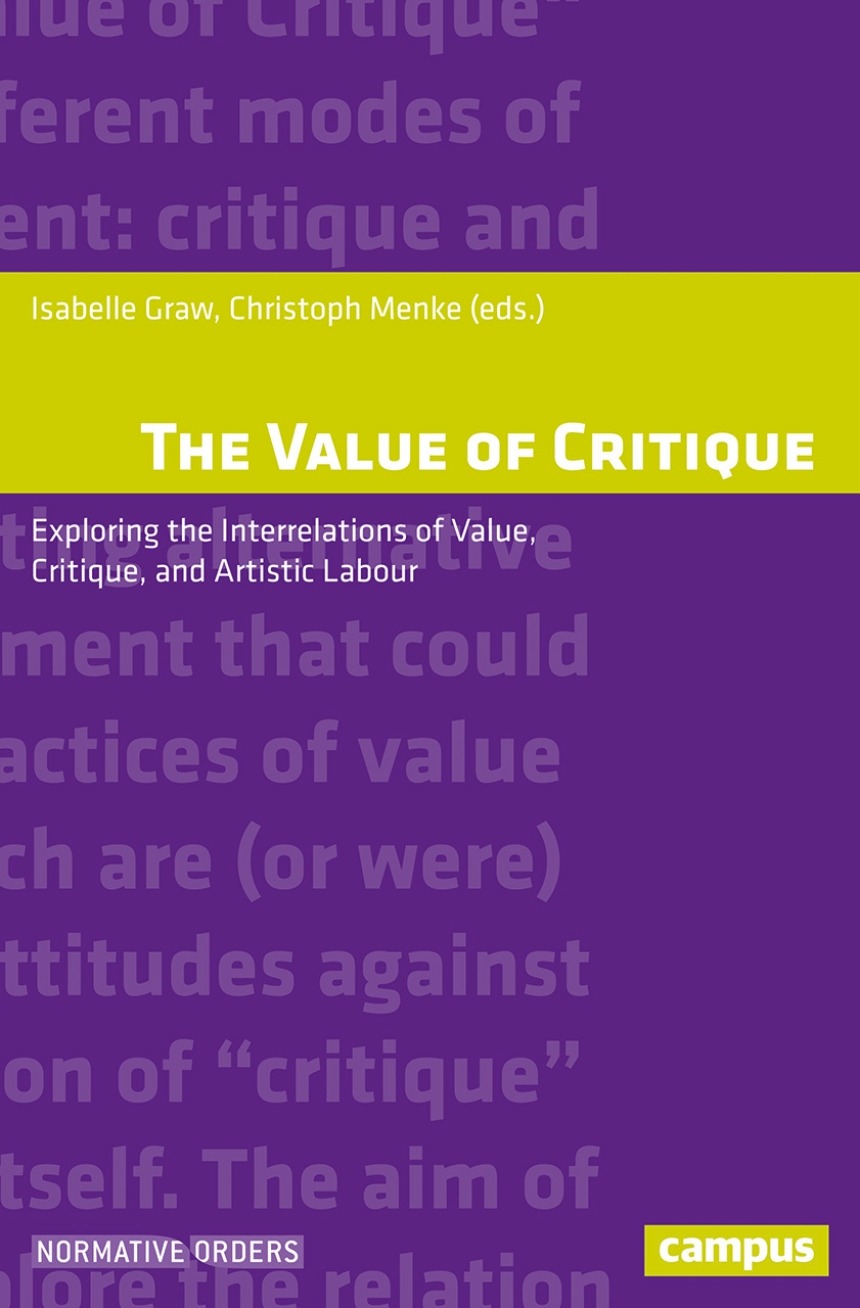 The Value of Critique

Exploring the Interrelations of Value, Critique, and Artistic Labour

The Value of Critique

Exploring the Interrelations of Value, Critique, and Artistic Labour

The Value of Critique casts its gaze on the two dominant modes of passing judgment in art—critique and value (or evaluation). The act of critique has long held sway in the world of art theory but has recently been increasingly abandoned in favor of evaluation, which advocates alternate modes of judgment aimed at finding the intrinsic “value” of a given work rather than picking apart its intentions and relative success. This book’s contributors explore the relationship between these two practices, finding that one cannot exist with the other. As soon as a critic decides an object is worthy enough of their interest and time to critique it, they have imbued that object with a certain value. Similarly, theories of value are typically marked by a critical impetus: as much as critique takes part in the construction of evaluations, bestowing something with value can then trigger critiques. Assembling essays from an international array of authors, this book is the first to put value, critique, and artistic labor in conversation with one another, making clear just how closely all three are related.