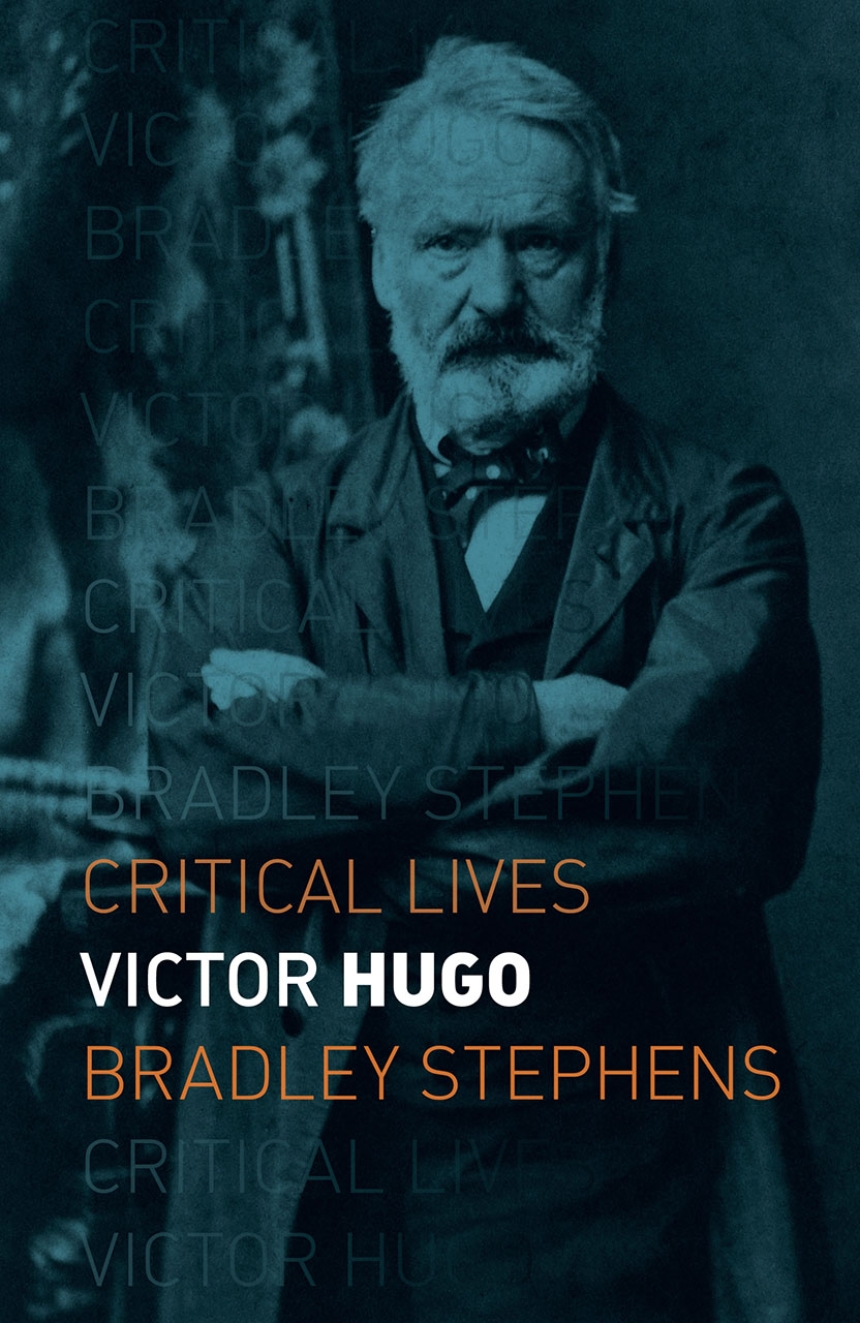 Victor Hugo is an icon of French culture. He achieved immense success as a poet, dramatist, and novelist, and he was also elected to both houses of the French Parliament. Leading the Romantic campaign against artistic tradition and defying the Second Empire in exile, he became synonymous with the progressive ideals of the French Revolution. His state funeral in Paris made headlines across the world, and his breadth of appeal remains evident today, not least thanks to the popularity of his bestseller, Les Misérables, and its myriad theatrical and cinematic incarnations.

This biography, the first in English for more than twenty years, provides a concise but comprehensive exploration of Hugo’s monumental body of work within the context of his dramatic life. Hugo wrestled with family tragedy and personal misgivings while being pulled into the turmoil of the nineteenth century, from the fall of Napoleon’s Empire to the rise of France’s Third Republic. Throughout these twists of fate, he sensed a natural order of collapse and renewal. This unending cycle of creation shaped his ideas about freedom and roused his imagination, which he channeled into his prolific writing and other outlets like drawing. As Bradley Stephens argues, such creative intellectual vigor suggests that Hugo was too restless to sit comfortably on the pedestal of literary greatness; Hugo’s was a mind as revolutionary as the time in which he lived.

"In precise, rhythmical, elegant sentences, Stephens delivers a succinct but nuanced appraisal of Hugo’s life and works. His biography succeeds in its mission to look beyond the clichés that encrust the icon and paint the 'arch Romantic' in all his turbulent complexity."

"The first English biography of the literary behemoth in over twenty years, in these troubled times of ours Victor Hugo is the antidote we never knew we craved. . . . Comprehensive, refreshingly accessible—and concise!—Stephens's pocket-size monograph draws a fascinating portrait both of the private man wrestling with family tragedy and the public figure navigating a society rocked by turmoil. . . . Essential reading in a post-truth era!"

"[A] thoroughly informative, highly enjoyable new biography . . . Stephens’s achievement in organizing such voluminous material is considerable indeed. His biography is detailed and wide-ranging without ever appearing rushed, while the chronological structure adopted throughout allows for careful consideration of major works alongside reflection on the lesser known. . . . Compelling."

"Stephens has penned an elegant and succinct biography. . . . He allows the dominant forces that influenced Hugo to ebb and flow throughout the narrative without attempting to marshal them into the construction of a particular image, since a guiding principle of this biography is to free Hugo from the mythmaking that has beset criticism of his life and works from the beginning (and for which Hugo was partly responsible). As much as this is a biography of Hugo, it is also an exploration of the myth and a warning against the facile portrayals of a legendary and heroic figure. Again and again Stephens sends us away from the confected legend of the man back to the works through which he speaks (and of which Stephens provides excellent translations). . . . One of the jewels of the work is the final chapter, examining Hugo’s afterlives and the mythmaking of the twentieth and twenty-first centuries."

"Any account for Hugo’s long and eventful life makes a rattling good yarn. Stephens’s signal achievement is to have compressed it into a short and lively book that gives accurate thumbnails of all the important works. Full of enthusiasm for his subject, Stephens writes nonetheless with admirable balance and does not mask Hugo’s human flaws. This 'Hugo' will surely inspire readers to delve into the wonders of the poetry, drama, and fiction created by the preeminent public figure of nineteenth-century France and whose image and moral example continue to shape many aspects of our contemporary world."

David Bellos, Princeton University, author of 'The Novel of the Century: The Extraordinary Adventure of 'Les Misérables'"