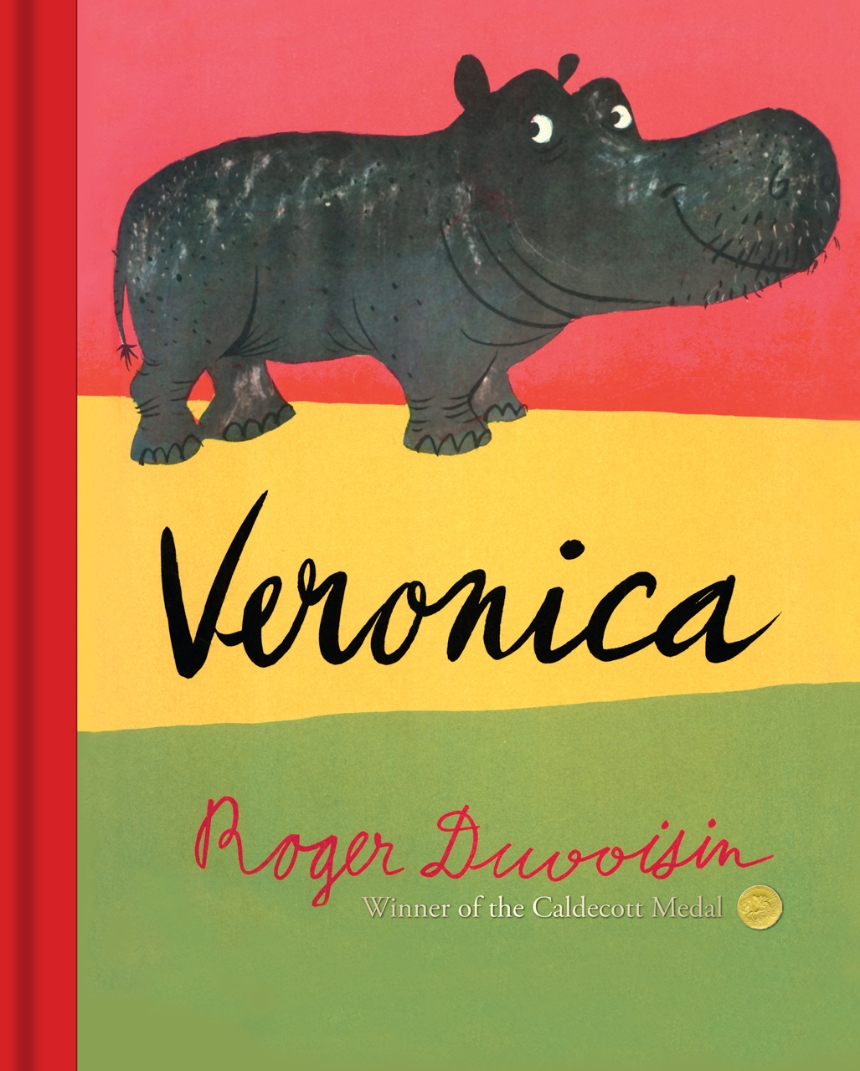 Veronica is your average hippopotamus with a big dream: she wants to become famous. But with so many hippopotamuses wallowing in the cool mud and swimming and splashing in the clear water along the riverbank, it’s more difficult to stand out than one might think. So Veronica does what any determined young mammal would do: she sets off to find her fortune in the nearby pink-and-white city. If she were the only hippopotamus, everyone would surely take notice, and it would be marvelous—or would it?

Many miles from the cool, muddy riverbank, the men and women of the pink-and-white city stare at Veronica, bump into her with their cars, and shout angrily when she steps on their toes. In the city, Veronica is not only conspicuous—she is very much in the way! Mishaps befall her at every turn. While taking a curbside nap, she is issued a warning for stopping traffic.  When she bathes in the public fountain, the townspeople cluck unsympathetically. At the farmers’ market, Veronica is unused to city manners and helps herself happily to an entire cart of fresh, delicious vegetables—including the paper bags. When a policeman is called to capture the hungry hippo, Veronica decides that the city is not the place for a hippopotamus. But the hustle and bustle of city life is not the only surprise to come from Veronica’s big journey. When she returns home to the riverbank, she finds her dream has come true after all. From that day forward, Veronica is famous among the hippopotamuses, who gather each day at sunset to hear about her adventures in the pink-and-white city.

Originally published in the 1960s, Veronica by Caldecott Medal–winning author and illustrator Roger Duvoisin is the most recent addition to the Bodleian Library’s newly minted children’s book imprint. For little readers with big dreams, it offers a timeless tale of the surprising places those dreams may take us.