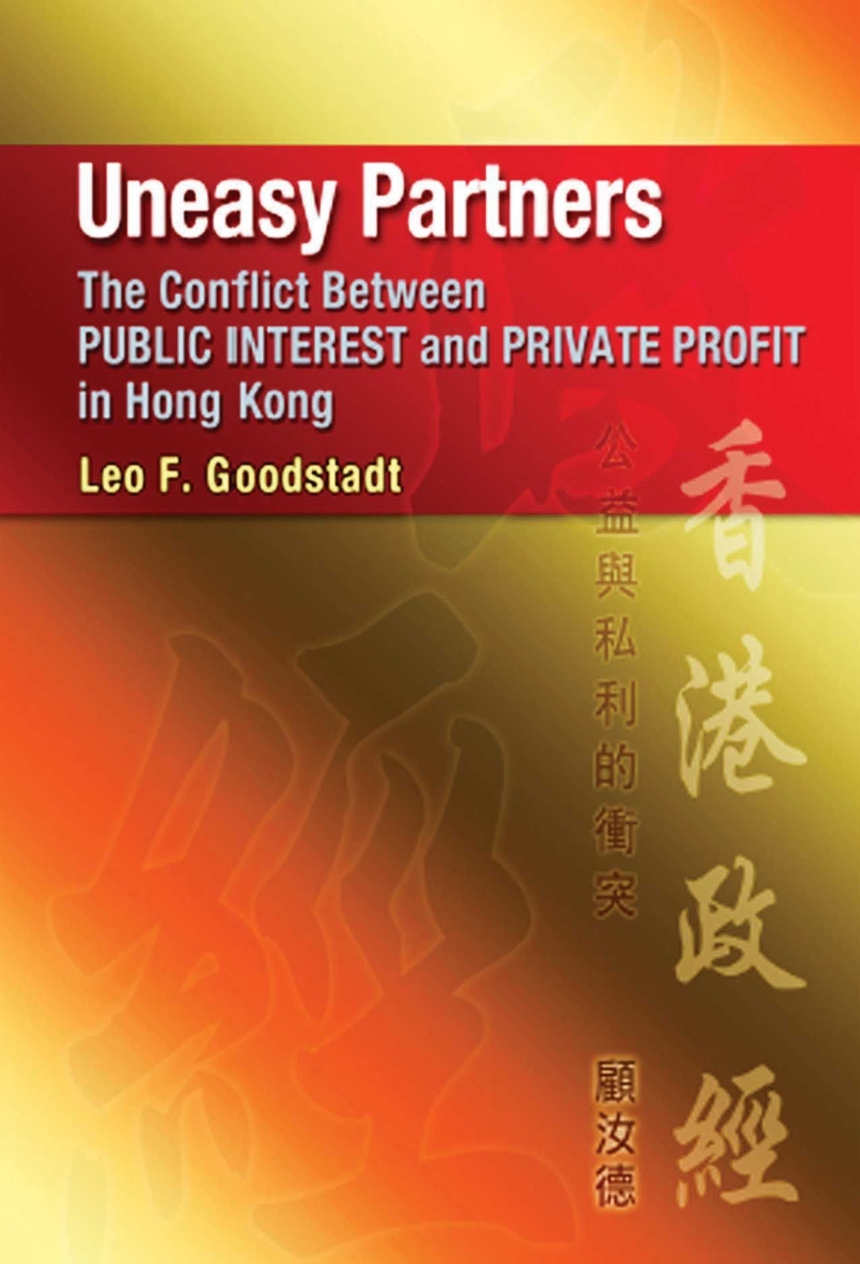 The Conflict Between Public Interest and Private Profit in Hong Kong

The Conflict Between Public Interest and Private Profit in Hong Kong

In Uneasy Partners, Leo Goodstadt draws on his vast experience of government and business in Hong Kong to put forward a provocative and challenging account, part praise, part indictment, of how government and business in Hong Kong transformed a poor refugee community into one of the world’s great cities and created a hugely successful economy. The core of the book is a penetrating appraisal of the often paradoxical partnership between government and business and its considerable political and social costs. The principal actors in the story are the colonial rulers who were prepared to sacrifice Britain’s diplomatic interests and the interests of British companies in order to ensure Hong Kong’s survival, and their chosen allies from the Chinese business elite. British officials believed that economic growth and the survival of colonial rule depended on collaboration with Chinese capitalism and cooperation with China’s communist rulers. The book identifies how the community set limits to these relationships, preventing the blatant sell-out of the public’s wellbeing to British, Mainland or local business interests. It reviews how colonial officials defied London’s proposals for political and social reform, fought for economic and financial autonomy and refused to protect the pound sterling. It identifies Beijing’s financial gains from the colonial policies that provided China with a secure international business base throughout the Cold War. Other chapters assess the belated drive against wholesale corruption, the decline of British commercial conglomerates, the ascendancy of HSBC, and the contribution of businessmen from Shanghai. The story goes on beyond the British departure and explains how the Chinese Government’s decision to retain the political system of the colonial era handicapped the new leadership in responding to the changing political and social expectations of the community.