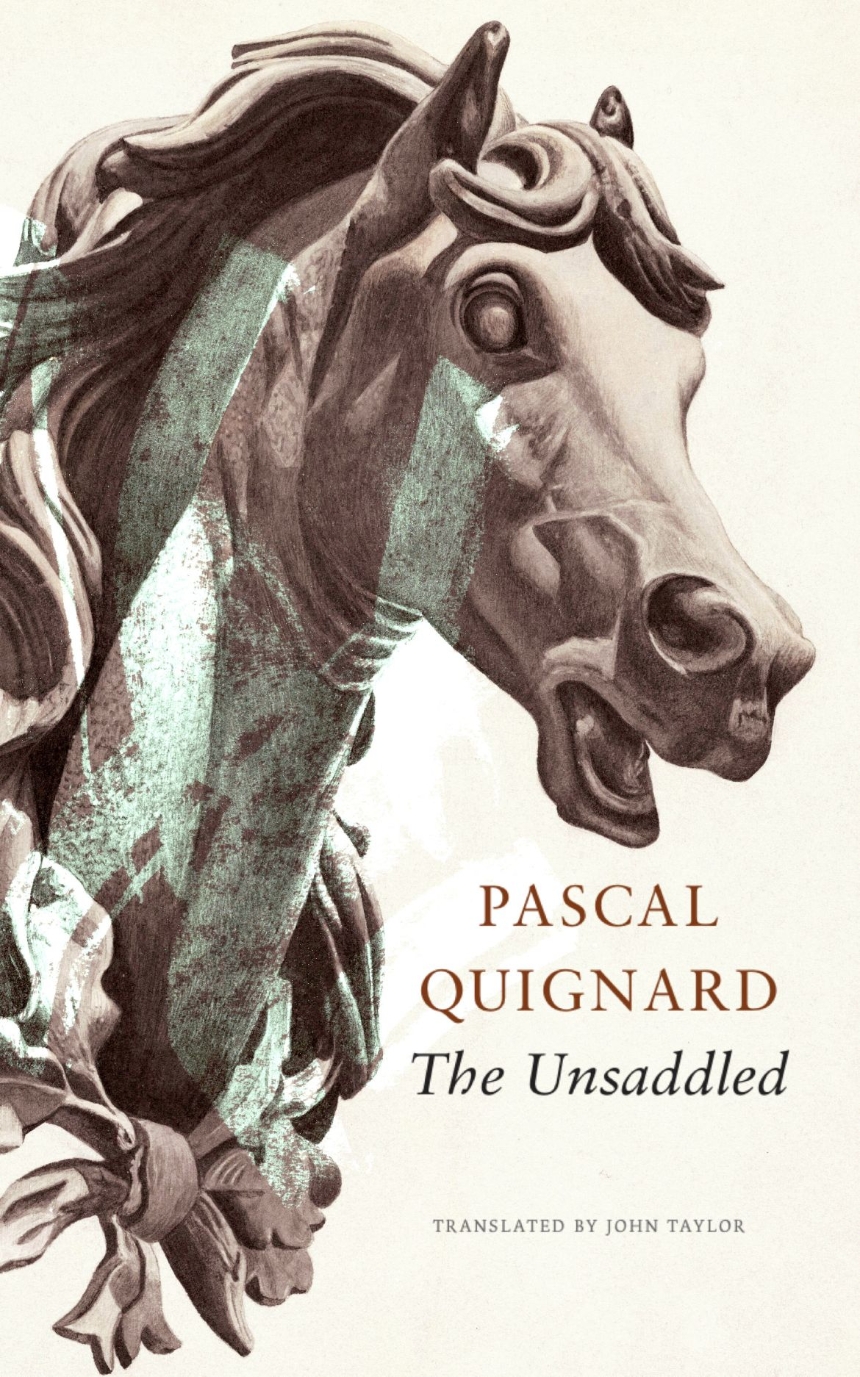 Translated by John Taylor
A captivating and wide-ranging interpretation of accidental dismounting.

In Pascal Quignard’s writing, philology hunts for wild game in a dark forest. The Unsaddled, which features horses as its central figure, is no exception. Taking off from puns, multifarious imagery, and metaphorical meanings—“to be baffled,” “to be thrown”—that the book’s title provides, Quignard focuses on life-changing moments. We meet George Sand (whose father died after being thrown from his horse), Saint Paul, Abelard, Agrippa d’Aubigné, and countless other writers, philosophers, theologians, or kings who fell off their horses—not to forget Jean-Jacques Rousseau, who was knocked over by a dog. Being “unsaddled” can also be associated, as Quignard shows in regard to Nietzsche, with an “overturning” of values. Scenes of war, hunting, “fleeing” or sexuality—“When lovers have a horse ride, they gallop in another world”—come before our eyes, each time from those unsettling vantage points that Quignard knows how to find. As ever, he ranges far and wide in his intense quest, taking examples from across human history, from the neolithic age to his own childhood memories of postwar Le Havre in northern France.