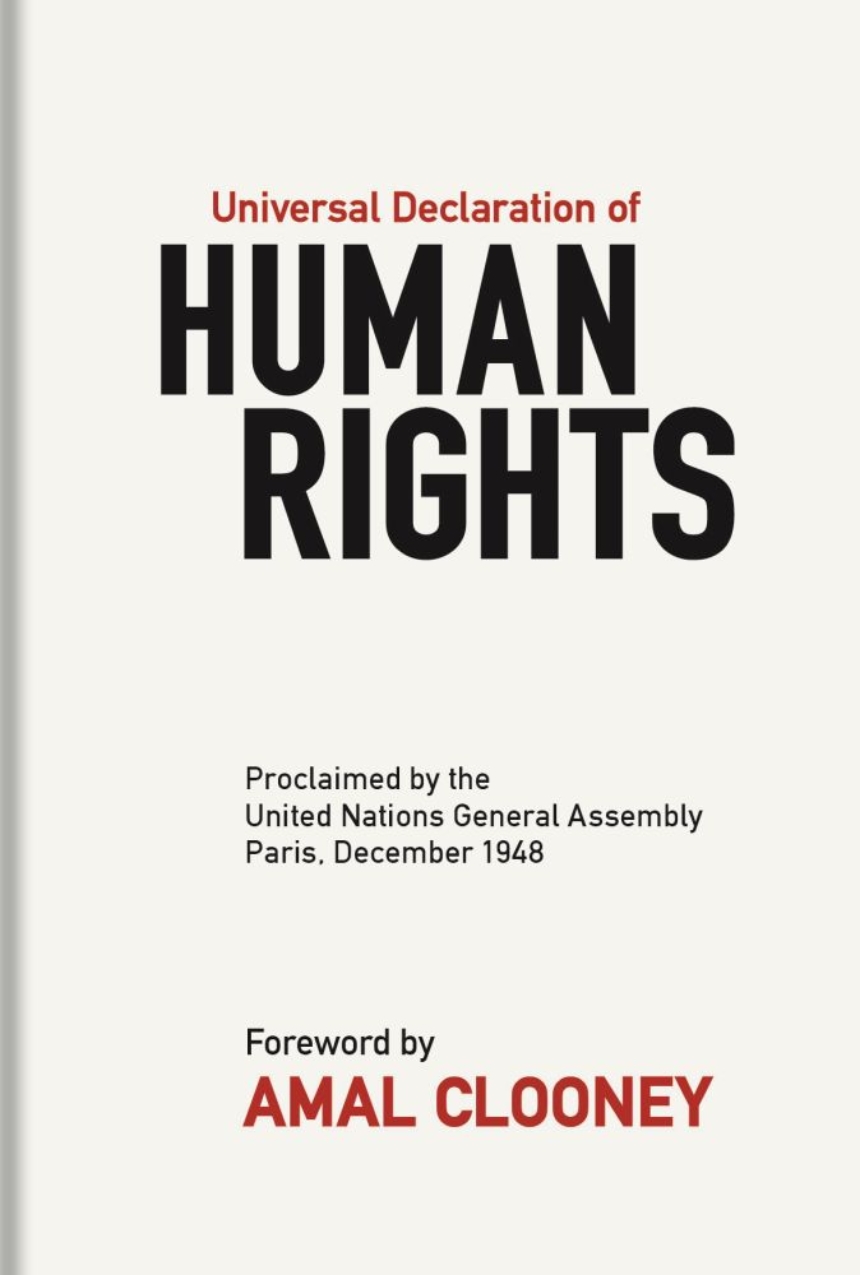 With a Foreword by Amal Clooney and an Introduction by John Pinfold
This edition of the United Nations Universal Declaration of Human Rights is accompanied by an informative foreword and introduction.

On December 10, 1948, the United Nations General Assembly adopted a ground-breaking proclamation: the Universal Declaration of Human Rights. This milestone document, made up of thirty articles, set out for the first time the fundamental human rights that must be protected by all nations.

The full text of that document is reproduced in this book alongside a foreword by human rights lawyer Amal Clooney. John Pinfold’s general introduction explores the Declaration’s origins, touching on the “Four Freedoms” described by U.S. President Franklin D. Roosevelt, the role his wife Eleanor Roosevelt took on as chair of the Human Rights Commission and of the drafting committee, and the parts played by other key international members of the Commission. The Universal Declaration of Human Rights was a pioneering achievement in the wake of the Second World War. It continues to provide a basis for international human rights law, making the document’s aims as relevant today as when they were first adopted.