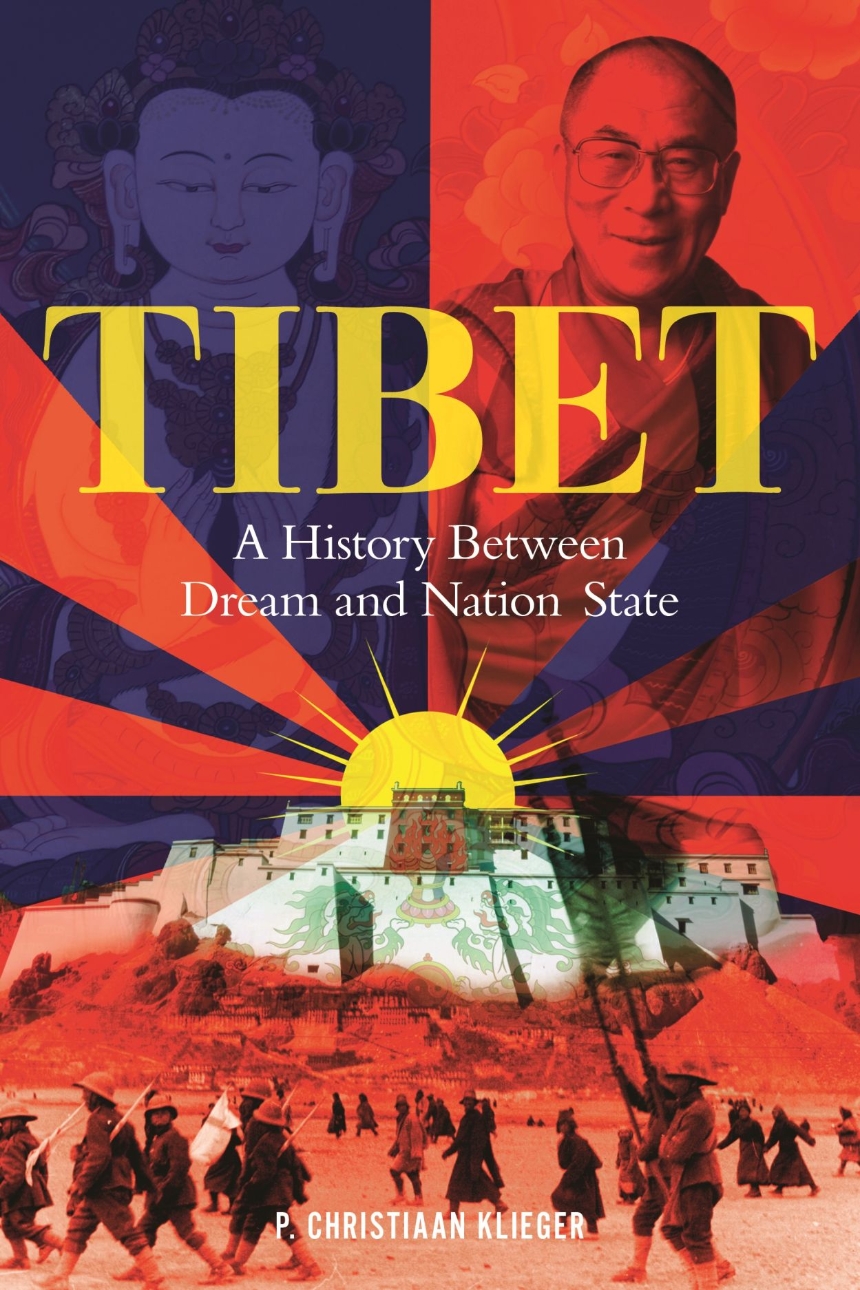 A History Between Dream and Nation-State

A History Between Dream and Nation-State

The history of Tibet has long intrigued the world, and so has the dilemma of its future—will it ever return to independence or will it always remain part of China? How will the succession of the aging and revered Dalai Lama affect Tibet and the world? This book makes the case for a fully Tibetan independent state for much of its 2,500-year existence, but its story is a complex one. A great empire from the seventh to ninth centuries, in 1249, Tibet was incorporated as a territory of the Mongol Empire—which annexed China itself in 1279. Tibet reclaimed its independence from China in 1368, and although the Manchus later exerted their direct influence in Tibetan affairs, by 1840 Tibet began to resume its independent course until communist China invaded in 1950. And since that time, Tibetan nationalism has been maintained primarily by over 100,000 refugees living abroad. This book is a valuable, fascinating account of a region with a rich history, but an uncertain future.

"Klieger’s Tibet is a complex, storied survey of the mountainous homeland of the Dalai Lama. . . . With the epic sweep of a historical saga, Tibet chronicles . . . centuries of invasions, geopolitical intrigues, assassinations, triumphs, and defeats. . . . Engrossing, detailed, and enhanced by beautiful thangka paintings, photographs, and antique maps, Tibet reveals the glories and trials of a beleaguered yet enduring land."

“Making the case that for 2,500 years Tibet was a mostly independent state, Klieger traces the territory’s history and considers its future. He asks whether it will achieve independence from China—which invaded in 1950—and what the impact of the Dalai Lama’s succession will be.”

“At a time when China is a rising geopolitical power and the international attention on Tibet experiences a decline, Klieger provides a crucial analysis of different and often contesting narratives on the past, present, and possible futures of China-Tibet relations.”

Dibyesh Anand, professor of international relations and head of the School of Social Sciences, University of Westminster

The history of Tibet has long fascinated the world, along with the present controversy about its future: will it ever be (again) an independent nation or will it remain part of China? Is the transnational Tibetan movement – a ‘Tibet without Tibet’ – a viable expression of self-determination? How will the succession of the ageing and revered Dalai Lama affect Tibet and the world? Will China’s leadership continue to be intransigent on the ‘Tibetan question’? These are some of the questions to be examined in this work, questions of ideals, legitimacy and nationalism in the still-evolving Tibetan state.

As this book takes a look into the future of Tibet, it also must deal with the past. Tibet is an idea, or several ideas that people have articulated throughout time. These views have formed the Tibetan state throughout history and will inform the future. Considering that ideas of Tibet have been around for 2,500 years and the success of Tibetan refugee settlements abroad, Tibetans can be considered a most persistent people.

There are two themes involved in the problematics of the Tibetan state: first, interpretation of the Tibetan state and its status vis-à-vis its neighbours is grounded in widely divergent historiographic paradigms. China, India and the West all tend to look at Tibet according to their own perspectives, which seem at times radically different to indigenous ones. The Chinese perspective has been particularly intractable. The modern Chinese state views Tibet as having been an integral part of China for centuries, beginning as early as Tibet’s affiliation with the Mongol Empire that had also conquered China proper. However, this is the language of the victors. As noted by Christine Sleeter, ‘researchers from dominant social groups have a long history of producing “knowledge” about oppressed groups that legitimates their subordination.’

The paradigmatic dissonance is the heart of the ‘Tibet question’ on the world stage. The process of self-determination among Tibetan peoples is as active now as it was in the past. It is the mechanism that creates the Tibetan nation. As an active affiliation, nationalism does not always rely upon historic facts in creating a nexus with which a people may identify. The nation-building process often happens through the agency of the imagination; it is not necessarily dependent upon historical precedent, the judgments of international law or the Chinese central government. ‘Real’ Tibet is somewhere between the dream and the cold reality of the nation state as defined by nineteenth-century European state formation.

‘Tibet’ has been a concept for the Tibetans for at least 2,500 years. To describe the Tibetan state solely as either a remote polity on the margins of empire (common in Western historiography) or a local administration of an outer province (most ‘official’ Chinese state histories) is to fail to do justice to its indigenous statecraft. Tibetan nationalism is real, although often difficult to chart. The essential part of the current deadlocked issue is that modern Tibetans often lack a shared sense of political community with the Chinese state.

Summarizing Tibetan chronology from its first flickers of coalescence as a state to the modern era is also a difficult task. But the main premise of this book is that Tibet was a fully independent state for much of its existence. It was a great empire from the seventh to ninth centuries; in 1249 it became a territory of the Mongol Empire of Genghis Khan, a realm that annexed China itself in 1279. Tibet reclaimed its independence from the Mongols in 1349, and from China in 1368. Despite Ming propaganda stating otherwise, Tibet functioned as a completely independent entity until the mid-Qing dynasty (mid-eighteenth century), when the Manchus began to exert their direct influence in Tibetan affairs through the appointment of resident high commissioners (amban) and mandating the use of a golden urn to decide the identities of succeeding high lamas. By 1840, the Qing dynasty was weakening its grip, and Tibet began to resume its independent course. Except for a brief period of occupation by provincial Sichuan troops in the last years of the Manchu imperium (1908–11) when the Thirteenth Dalai Lama sought exile in India, the Tibetan government exercised effective control over Tibet as a free state. It extended recognition with newly independent Mongolia in 1914. Tibet remained an independent polity until Communist China invaded in 1950. Since that time, Tibetan nationalism has been maintained primarily by over 100,000 refugees living abroad and by homeland Tibetans who risk their livelihoods and lives by perceived ‘splitist’ actions.

This book examines the history of Tibet, with a particular interest in deeply enduring political and religious structures, such as rule by reincarnation and the so-called priest–patron relationship between religious prelates and secular supporters. These structures of the longue durée can illustrate a framework upon which the concept of an ideal Tibetan state has been formulated throughout time. They are the foundation of a unique national idea that has endured for many centuries, one that continues to provide support for Tibetan national identity in the refugee diaspora and in the occupied homeland itself. These ideals are the primary foil against the goals of assimilation promulgated by the modern Chinese state.

The Tibet issue is not a geopolitical triviality: the question of whether the People’s Republic of China has the right to annex and rule Tibet underpins the legitimacy of the Central Committee of the Communist Party’s mandate to rule China itself. Each successive dynasty of China was traditionally judged as holding the ‘Mandate of Heaven’ through its demonstrated ability to expand the previous dynasty’s territory. In the modern period, the People’s Republic of China invaded neighbours such as Tibet to demonstrate its legitimacy over the Nationalists who never had control over the region.

For over two millennia Tibet has been developing a unique, complex, multifaceted culture. Beginning in the Neolithic and extending through the Iron Age and the first developments of state-level society, the people of the high-altitude plateau are neither Indian, nor Chinese, nor Mongolian, nor Persian, but have their own culture and ethnicity – although they have been influenced by all these neighbours and have, in turn, influenced them.