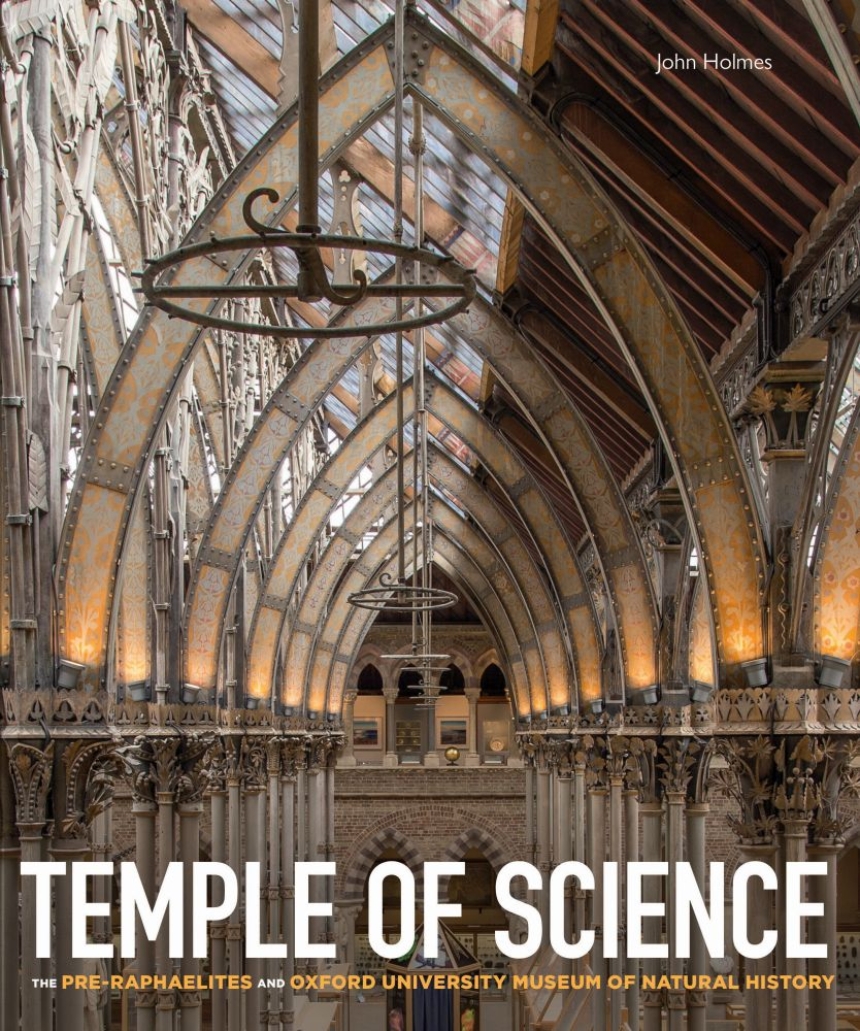 The Pre-Raphaelites and Oxford University Museum of Natural History

The Pre-Raphaelites and Oxford University Museum of Natural History

Built between 1855 and 1860, the Oxford University Museum of Natural History is the extraordinary result of close collaboration between artists and scientists. The architect Benjamin Woodward consulted with two groups on the design and decoration of the building: a panel of Oxford scientists and dons, and the society of artists known as the Pre-Raphaelite Brotherhood. The museum’s decorative art was modeled on the Pre-Raphaelites’ principle of meticulous observation of nature, itself indebted to science. The structure was an experiment in using architecture and art to communicate natural history, modern science, and natural theology.  Temple of Science sets out the history of the campaign to build the museum before taking the reader on a tour of the art found in the museum itself. It looks at the façade and the central court, the natural history carvings and marble columns illustrating different geological strata, and the meticulously carved sculptures of influential scientists. With unique insights and lavish illustrations, Temple of Science tells the story of one of the most remarkable collaborations between scientists and artists in European art.

“In this beautifully illustrated volume, John Holmes, the leading authority on the Pre-Raphaelites and science, equally at home with the visual arts and the written word, uncovers, with élan, the history, artistry, and wider significance of this quite extraordinary Gesamtkunstwerk.”