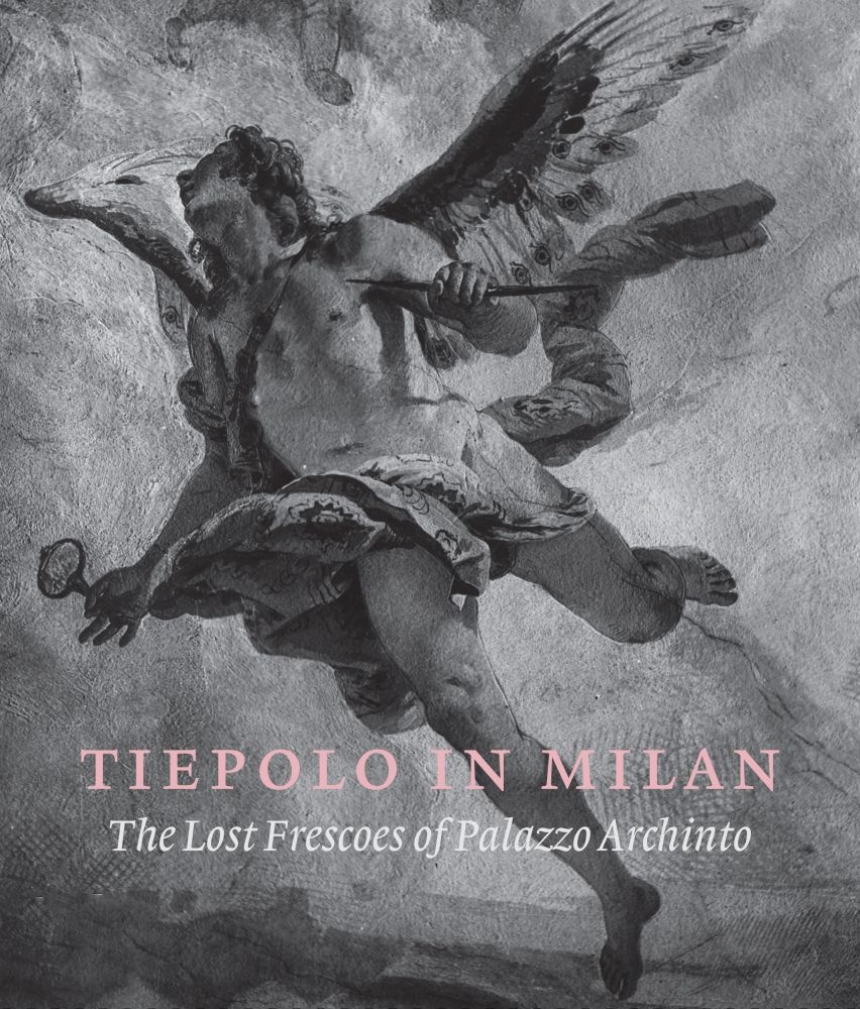 The Lost Frescoes of Palazzo Archinto

The Lost Frescoes of Palazzo Archinto

Tiepolo in Milan: The Lost Frescoes of Palazzo Archinto brings together preparatory drawings and paintings, as well as documentary photographs, to commemorate an extraordinary fresco cycle by the Venetian painter Giambattista Tiepolo (1696–1770). Painted for Palazzo Archinto in Milan, the frescoes were destroyed in a bombing during World War II. The catalog accompanies an exhibition at The Frick Collection. In 1730–31, Tiepolo undertook his first significant project outside the Veneto, frescoes for five ceilings in Palazzo Archinto in Milan. The paintings were commissioned by Count Carlo Archinto (1670–1732), likely in honor of the marriage of his son, Filippo, to Giulia Borromeo. Tiepolo’s mythological and allegorical scenes—Triumph of Arts and Sciences; Apollo and Phaëton; Perseus and Andromeda; Juno, Fortune, and Venus; and Nobility—were painted in some of the largest rooms of the palazzo. Unfortunately, the palazzo was bombed during World War II and its interior completely destroyed. Only a series of black-and-white photographs, taken between 1897 and the late 1930s, preserves the frescoes’ appearance, but a number of preparatory drawings and paintings provide precious information, including three painted sketches (Triumph of Arts and Sciences, the Museu Nacional de Arte Antiga, Lisbon; Apollo and Phaëton, Los Angeles County Museum; and Perseus and Andromeda, The Frick Collection). Three drawings from the British Museum in London, the Museo Civico in Trieste, and the Sinebrychoff Art Museum in Helsinki are the only related graphic works. These—along with other drawings and prints by Tiepolo and some books— have been reunited for the first time in order to bring to life these extraordinary works of art. On view at The Frick Collection from April 16 to July 14, 2019, the exhibition is curated by Xavier F. Salomon, Peter Jay Sharp Chief Curator at the Frick, with Andrea Tomezzoli, Professor at the University of Padua, and Denis Ton, Curator of the Musei Civici in Belluno. Included in the publication are essays on Tiepolo’s work in Palazzo Archinto (Salomon), on the role of the frescoes in Tiepolo’s career (Tomezzoli), on the intellectual world of the Archinto family (Ton), and on the architectural history of the palace (Kluzer).