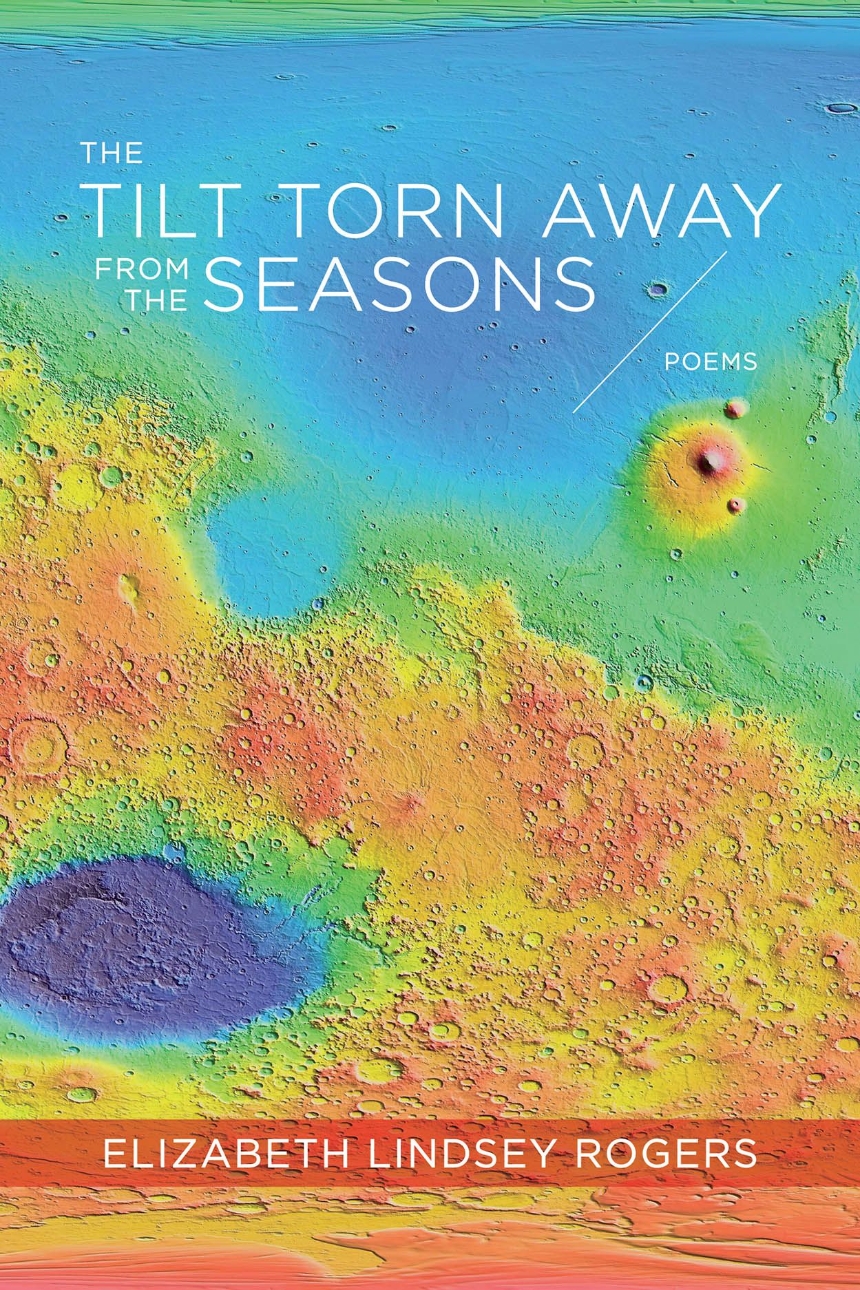 The Tilt Torn Away from the Seasons

The Tilt Torn Away from the Seasons

The Tilt Torn Away from the Seasons imagines a human mission to Mars, a consequence of Earth’s devastation from climate change and natural disaster. As humans begin to colonize the planet, history inevitably repeats itself. Dystopian and ecopoetic, this collection of poetry examines the impulse and danger of the colonial mindset, and the ways that gendered violence and ecological destruction, body and land, are linked. “This time we’ll form more carefully,” one voice hopes in “Ecopoiesis: The Terraforming.” “We’ve started on empty / plains. We’ll vaccinate. We’ll make the new deal fair.” But the new planet becomes a canvas on which the trespasses of the American Frontier are rehearsed and remade. Featuring a multiplicity of narratives and voices, this book presents the reader with sonnet crowns, application forms, and large-scale landscape poems that seem to float across the field of the page. With these unusual forms, Rogers also reminds us of previous exploitations on our own planet: industrial pollution in rural China, Marco Polo's racist accounts of the Batak people in Indonesia, and natural disasters that result in displaced refugees. Striking, thought-provoking, and necessary, The Tilt Torn Away from the Seasons offers a new parable for our modern times.

"Rogers’s otherworldly debut glitters at the intersection of science fiction and lyric poetry, her imaginative poems rocketing into future climate disaster on Earth and the colonization of Mars—'a world as red as that / inside our bodies.'”

“The poems in The Tilt Torn Away From the Seasons imagine a future where humans are trying to recreate an environment to live in on Mars because they’ve messed up Earth’s beyond repair. . . . Rogers posits a not-too-distant future, and one where the question of whether we can avoid the mistakes we’ve made in the past takes on even greater importance. Rogers’s answer is no.”

"Each subsequent reading reveals more layers, complexity and ingenuity and consistently arresting images and phrases. These poems predict one unlikely version of our near-future and moreover warn of the likely devastation of our current path."

"In this attentive and imaginative contribution to ecopoetics, Rogers’ weaves her celebration of earth and its beauty with warnings of the mistakes of mankind. The collection creates a sense of nostalgia for what still is and garners within readers a desire to protect the earth that Rogers’ persona has lost."

"In the act of showing us what it might be like to live in a vivid if estranged lyric present, Rogers...convinces us, nearly, that the pull of 'gravitas' can be escaped in tandem with that of gravity itself, and that history—that rock that anchors us to our past—is soluble in the vastness of space."

"It is impossible to read Elizabeth Lindsey Rogers’ The Tilt Torn Awayfrom the Seasons at this time without thinking directly of the multiple national and global predicaments we find ourselves in, even if it feels tiresome to rehearse the list here again: pandemic, economic hardship, environmental catastrophe, racial injustice and their roots in extractive capitalism founded on centuries of genocide and greed. And yet this book, while written to those themes well before they were brought into particularly stark relief by the events of the past year, touches upon each of those points and exposes the origins of the multiple catastrophes the earth and humanity are doing their best to weather today."

“The Tilt Torn Away from the Seasons is formally adroit and innovative, set on Mars at a point in the future when environmental collapse has happened on Earth. Rogers’s striking narrative is a parable of imperialism. It alludes to America’s history of 'Curiosity,' exploration, and providence that have too often steered us wrong. As with the best dystopian literature, The Tilt Torn Away from Seasons is timely and urgent, and offers a dire warning for the present—and yet, Rogers’s poems find a way to go out singing.”

“In Elizabeth Lindsey Rogers’s The Tilt Torn Away from the Seasons, a terraformed Mars can only be colonized by those with perfect hearts. Circled by moons named after dread and fear, Rogers seeks a reshaping of language to name the new, the hoped-for, the nearly-possible.”

“Looking into the night sky, the various points of light are far from reach. And yet they, all of them, have held our imagination and our desire for centuries. In The Tilt Torn Away from the Seasons, the reader becomes as captivated as the speaker-poet. Further, these heavenly bodies become captured by the human body: even as a bit of machinery roves over a surface or ‘Breathing requires violence’ or we meet the likes of Marco Polo. Elizabeth Lindsey Rogers has given us an outpouring of beauty in these elegantly discursive poems. On the anniversary of our footprint on the moon, I believe this collection is a valuable look outward and within.”