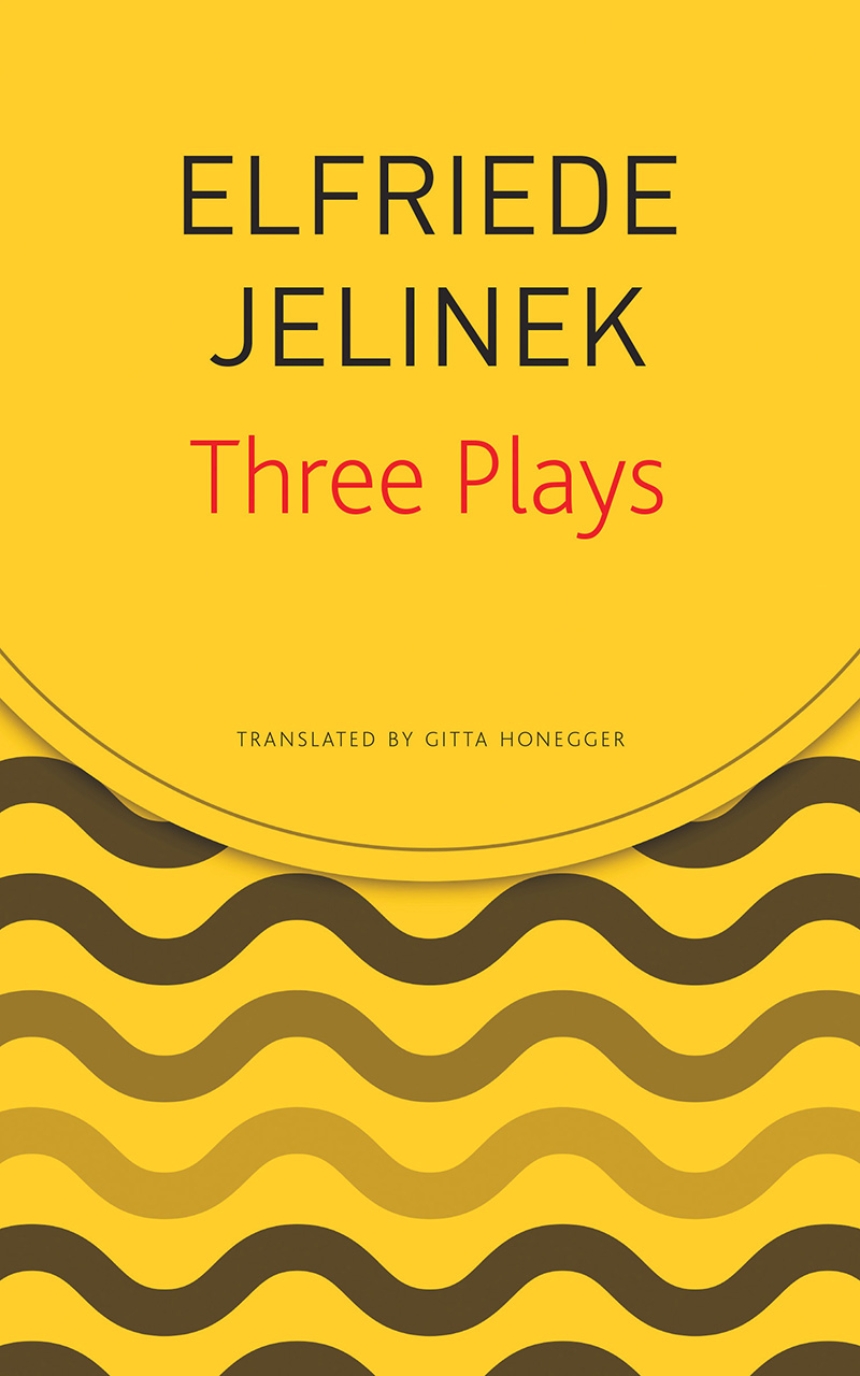 Translated by Gitta Honegger
For much of her career, Elfriede Jelinek has been maligned in the press for both her unrelenting critique of Austrian complicity in the Holocaust and her provocative deconstructions of pornography. Despite this, her central role in shaping contemporary literature was finally recognized in 2004 with the award of the Nobel Prize in Literature. Although she is an internationally recognized playwright, Jelinek’s plays are difficult to find in English, which makes this new volume, which includes “Rechnitz: The Exterminating Angel,” “The Merchant’s Contracts” and “Charges (The Supplicants)” all the more valuable.
In “Rechnitz,” a chorus of messengers reports on the circumstances of the massacre of 180 Jews, an actual historical event that took place near the Austrian/Hungarian border town of Rechnitz. In “The Merchant’s Contracts,” Jelinek brings us a comedy of economics, where the babble and media spin of spectators leave small investors alienated and bearing the brunt of the economic crisis. In “Charges (The Supplicants),” Jelinek offers a powerful analysis of the plight of refugees, from ancient times to the present. She responds to the immeasurable suffering among those fleeing death, destruction, and political suppression in their home countries and, drawing on sources as widely separated in time and intent as up-to-the-minute blog postings and Aeschylus’s “The Supplicants,” Jelinek asks what refugees want, how we as a society view them, and what political, moral, and personal obligations they impose on us.