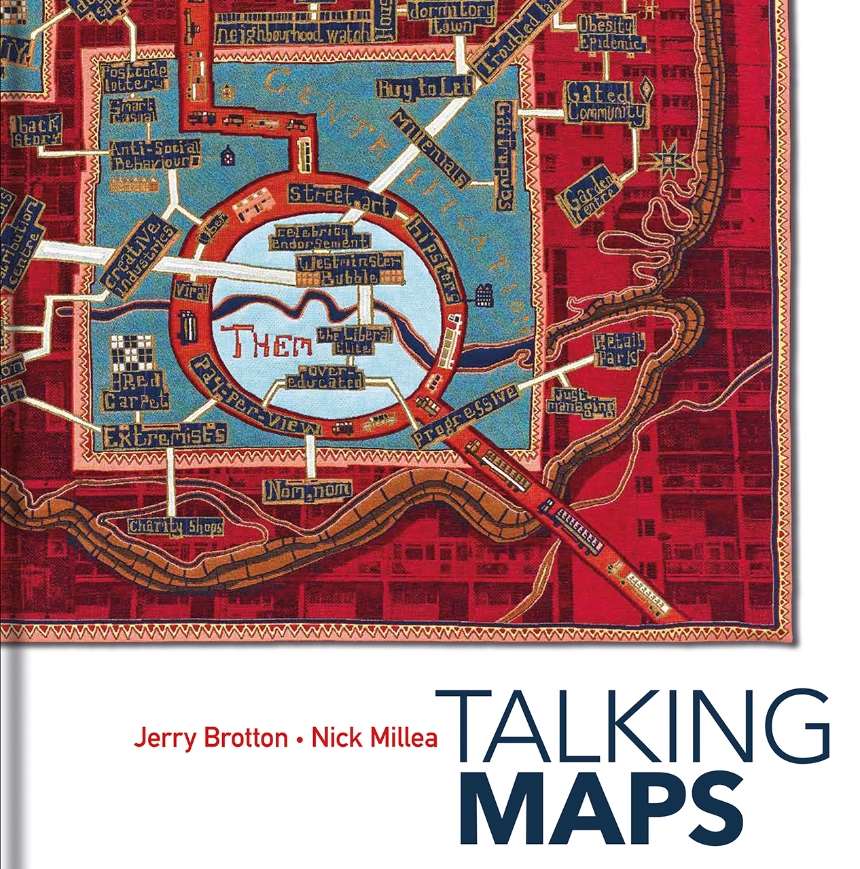 Every map tells a story. Some provide a narrative for travelers, explorers, and surveyors or offer a visual account of changes to people’s lives and surroundings, while others tell imaginary tales, transporting us to fictional worlds created by writers and artists. In turn, maps generate more stories, taking users on new journeys in search of knowledge and adventure.

Drawing on the Bodleian Library’s outstanding map collection and covering almost a thousand years, Talking Maps takes a new approach to map-making by showing how maps and stories have always been intimately entwined. Including such rare treasures as a unique map of the Mediterranean from the eleventh-century Arabic Book of Curiosities, a twelfth-century map of the world by al-Sharīf al-Idrīsī, and C. S. Lewis’s map of Narnia, this fascinating book analyzes maps as objects that enable us to cross sea and land; as windows into alternative and imaginary worlds; as guides to reaching the afterlife; as tools to manage cities, nations, and empires; as images of environmental change; and as digitized visions of the global future.

By telling the stories behind the artifacts and those generated by them, Talking Maps reveals how each map is not just a tool for navigation but also a worldly proposal that helps us to understand who we are by describing where we are.

"Talking Maps is an accessible, engaging, and casual read that would be most appropriate for readers who are relatively new to cartography and wish to know more about the cultural connotations that accompany any map."