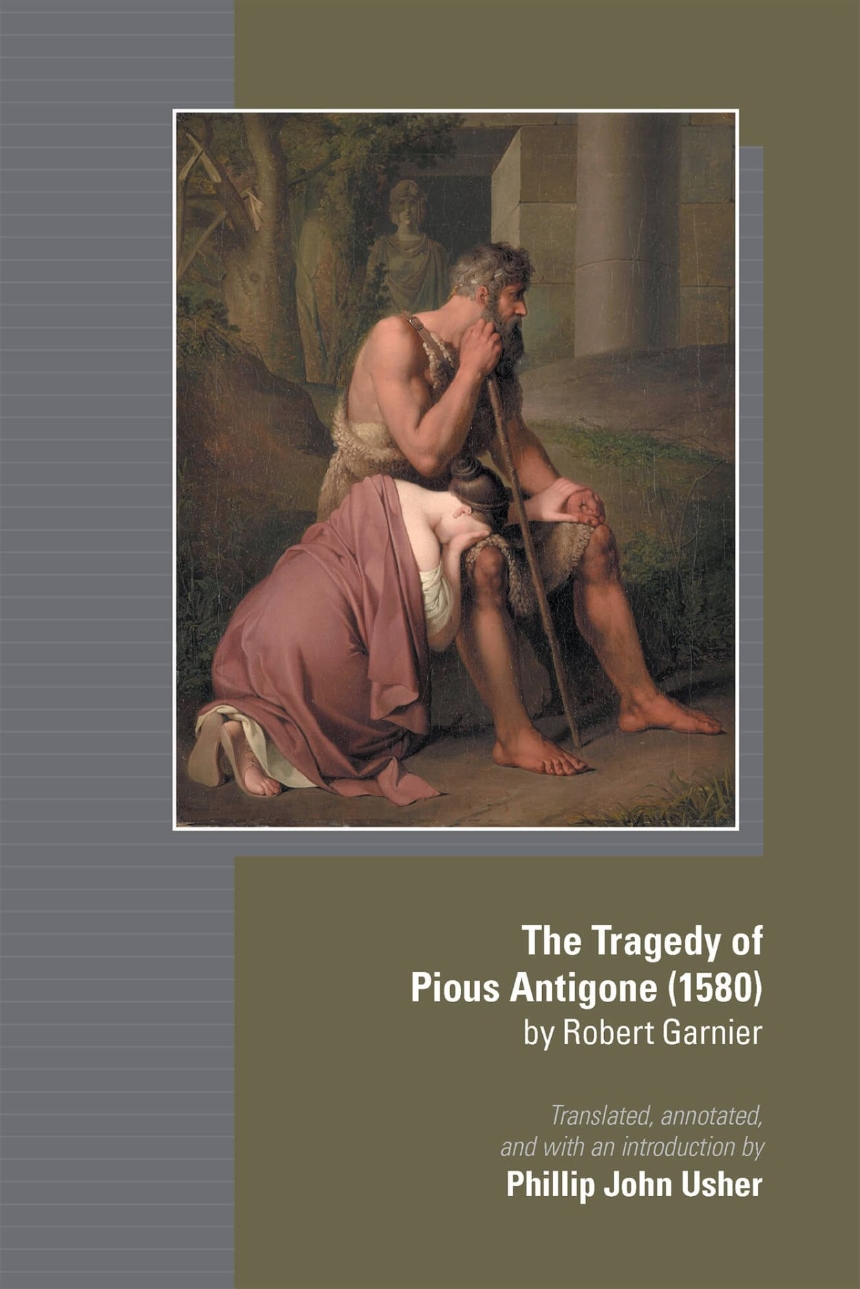 The Tragedy of Pious Antigone (1580) by Robert Garner

The Tragedy of Pious Antigone (1580) by Robert Garner

The Tragedy of Pious Antigone (1580) is the first English-language translation of Robert Garnier’s Antigone, ou la Pieté. Written by France’s earliest career tragedian, who also worked in the Paris Parliament and as a counselor at a judicial tribunal in the town of Le Mans, the play draws on various classical sources (especially Seneca, Statius, and Sophocles) to retell the well-known story of a family torn apart by war: as brothers Eteocles and Polynices fight to the death, their sister Antigone and mother Jocasta make repeated calls for peace. Originally published at the height of the French Wars of Religion (1562–1598) that pitted Catholics and Protestants against each other, the five acts of Garnier’s play would have had immediate resonance. Neither extolling nor defending one side or the other, this humanist tragedy, which also anticipates the style of Corneille and Racine, could have been appreciated not only by members of one religious community or the other, but by both as a seemingly non-partisan and earnest lamentation about, and reflection upon, troubled times. This famous story, re-imagined by countless authors including Bertolt Brecht, Jean Anouilh, Griselda Gambaro, Athol Fugard, and many others, is here re-told to emphasize empowered female voices in times of political division.