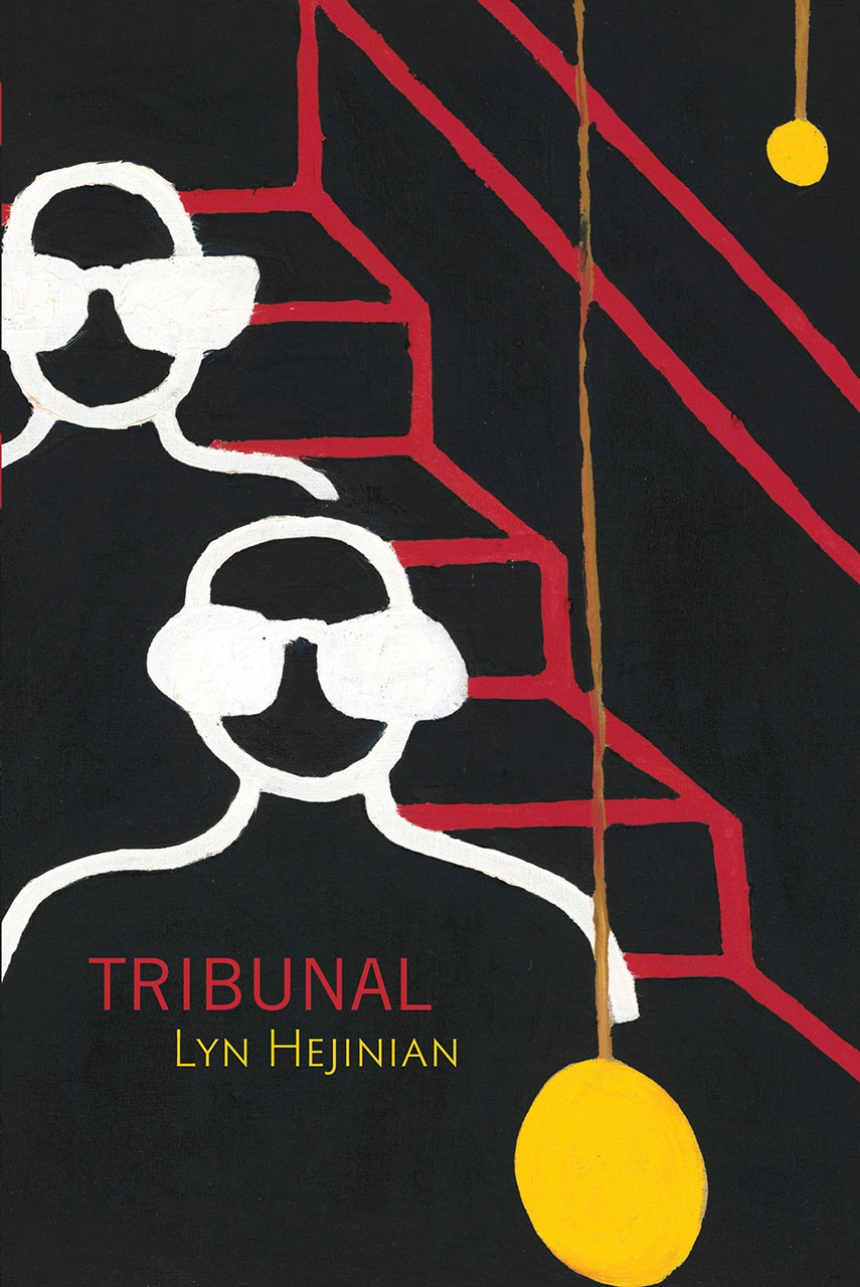 The three works of poetry that constitute Tribunal were written in the current context of seemingly ubiquitous warfare and the specter of unabashed neo-fascism, ethno-nationalism, and—especially in the United States—reassertions of white supremacy. As renowned poet Lyn Hejinian recounts, the inspiration for Tribunal gradually took shape over the course of almost a decade in the collaborative work she has done to fight neoliberal policies that dismantle the public sphere through actions that include privatizing the commons, busting unions, and imposing a corporate, profiteering model on a range of institutions including public higher education. Hejinian explores a broad range of responses to our deeply troubling historical period in Tribunal’s three collections. These poems express an emotional scope that includes fury, sadness, and even, at times, something very close to pity for our humanity, perpetually unable to avoid its own penchant for cruelty. Hejinian is the rare poet who can bring to the page a rich, complex rendering of how mutually exclusive emotions can exist simultaneously. We lose safety and surety, but we gain a wider lens on contemporary crises from her sometimes lacerating, sometimes intensely beautiful lyric verse. It’s only in such an artistic and emotional landscape that readers, thinkers, artists, workers, and all comrades against injustice can manage to keep inventing, imagining, and hoping. Throughout these crises, the poet returns to language as a meaningful space in which to grapple with a seemingly endless cycle of conflict. While the works can be read as expressions of protest or dissent, they powerfully convey an argument for artmaking itself—and a turn to its affirmation of life.

"Lyn Hejinian’s books have always been characterized by their intellectual curiosity and openness. Each seems dedicated to a form of inventive continuity, an unsentimental affirmation of life’s 'irrational exuberance.' Tribunal is that -- but it is also something different. It is, in some sense, about lived time (as are Hejinian’s other books) – but it is also very much of and even about this time, a time of 'tyrants extolling tyranny.' A new anger and urgency emerge in these poems. Here Hejinian’s 'rejection of closure' is counterbalanced by an impulse to call a halt. A tribunal, after all, sits in judgment. She pulls herself and her readers up short when she parodies one of her own best known lines: 'Now a pause, now a rose, and now a small coffin, Bitch!' Listen up. 'Attention: anarchy! (And its assistant: poetry!).' I, for one, am very glad there is still the poetry of Lyn Hejinian."

"This is poetry that surrenders nothing but to poetry itself, and to poetry, that surrender is total. Music and intelligence are inextricably entwined in this book, as are wit and seriousness, experience and imagining.  Reading and rereading it, I keep thinking that this is the kind of work that is the luxury required by necessity, that the beauties and complexities of the poems allow us to move past the forces that would reduce and diminish life."

Anne Boyer, author of A Handbook of Disappointed Fate

"The masterful Hejinian is our guide down rabbit holes or up galactic ladders—it’s hard to tell, they are being invented as we climb them.  Now it’s a tunnel peopled with palomino centaurs, now there’s a popinjay in space, a dog lunging at a conifer, dazed by martian or stellar or lunatic light, high nonsense of ‘werldwarrygnos’ where everything is allowed and the tyrant draws a circle around themself with a pen.  A wall. And then draws the way out. This book has wit and (true) grit."

"Organized as a three-part trial, the book articulates a timely political consciousness: one of war, fascism, and a 'not necessarily melancholy deactivation of will.'"

"Since long before 'disruption' became the buzzword du jour of the business world, Lyn Hejinian has been an active practitioner of a disruptive poetics, challenging and destabilizing the very corporate and political structures that now make claims about their own power to disrupt. Hejinian’s most recent collection, composed of three long poems generated over the past decade, is both the product of a contemporary moment marked by national unrest and the global rise of fascism . . . . Here is a powerful, timeless entry into a lifelong body of work that sees within the building blocks of language a genuine potential for resistance . . . . This necessary volume identifies and fulfils our continuous and once again emergent need for radical destabilization in poetry and in politics, all the while insisting, with tenderness and optimism, that the act of reordering our world by reordering our language is what makes us—and keeps us—alive."

"Tribunal’s poems reveal the connection between revelry and rebellion."