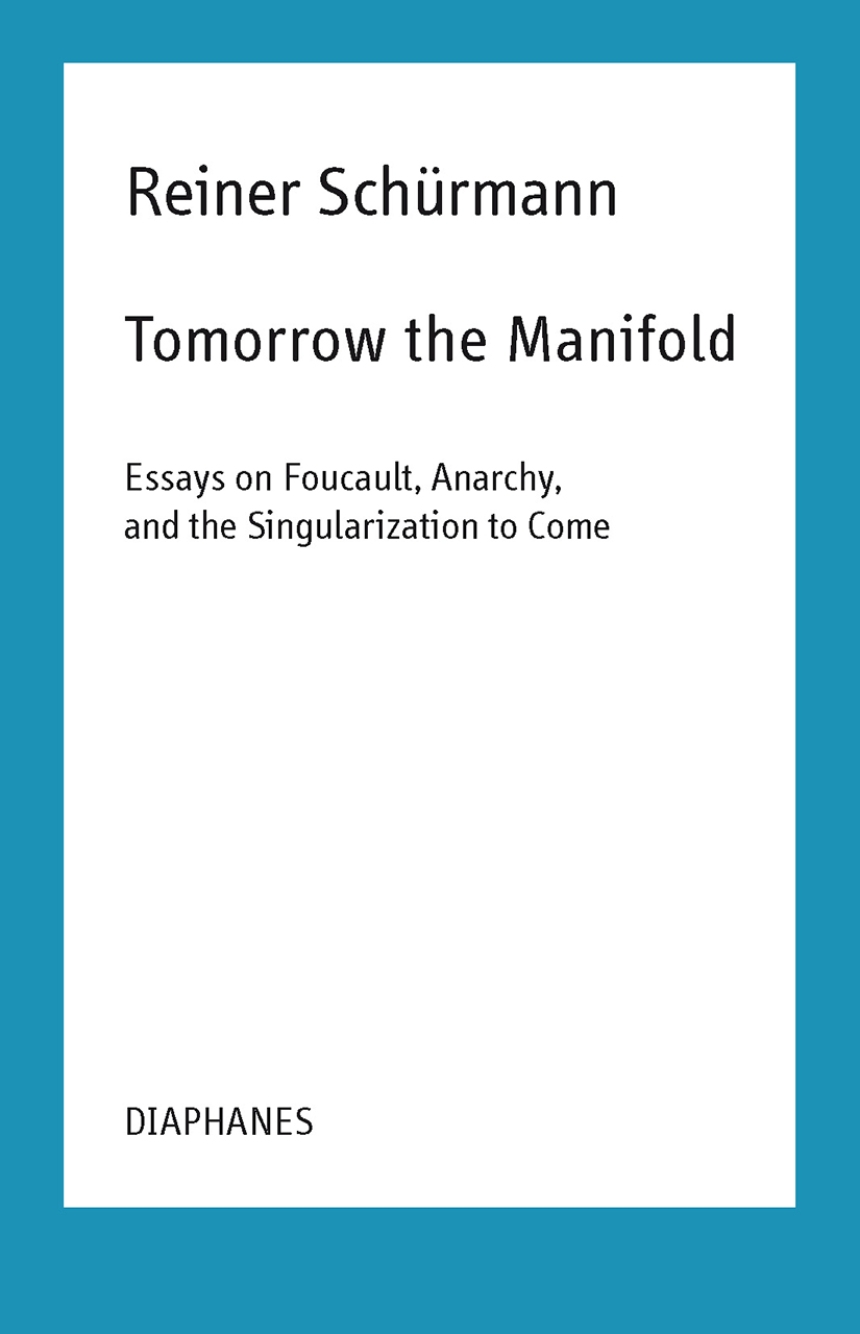 Essays on Foucault, Anarchy, and the Singularization to Come

Essays on Foucault, Anarchy, and the Singularization to Come

Edited by Malte Fabian Rauch and Nicolas Schneider
This volume tracks the crucial role of Reiner Schürmann’s engagement with the work of Michel Foucault between 1983 and 1991. Drawing on Foucault’s highly original reading of the philosophical tradition, Schürmann traces the status of identity and difference in Foucault’s conception of history to develop a radical phenomenological understanding of anarchy. He examines the fate of philosophy after the critique of the subject and the collapse of the divide between theory and praxis, philosophy and politics.
Taken together, these pivotal essays introduce the reader to Schürmann’s most urgent concerns and assemble the conceptual tools that go on to lay the groundwork for his final work, Broken Hegemonies, which offers a subversive re-reading of the history of Western metaphysics outside of Foucault’s genealogical approach. To the reader unfamiliar with Schürmann’s work, these texts establish him as one of the most radical thinkers of the late 20th century, whose work might eventually become legible in our present.

“Rauch and Schneider’s collection of Reiner Schürmann’s essays confirms the growing recognition of the timeliness of his philosophising and the profound radicalism of his critique of philosophical and cultural modernity. It serves as a provocative introduction to his views on anarchy, law and modernity as well an indispensable supplement to the detailed historical analyses of Broken Hegemonies. The collection offers unique insight into the political investments informing Schürmann’s history of metaphysics as the institution and destitution of principled regimes as well as clarifying his sense of the contemporary break with or ‘diremption’ of this history and the emergent promise of a life and thought of anarchic joy.”