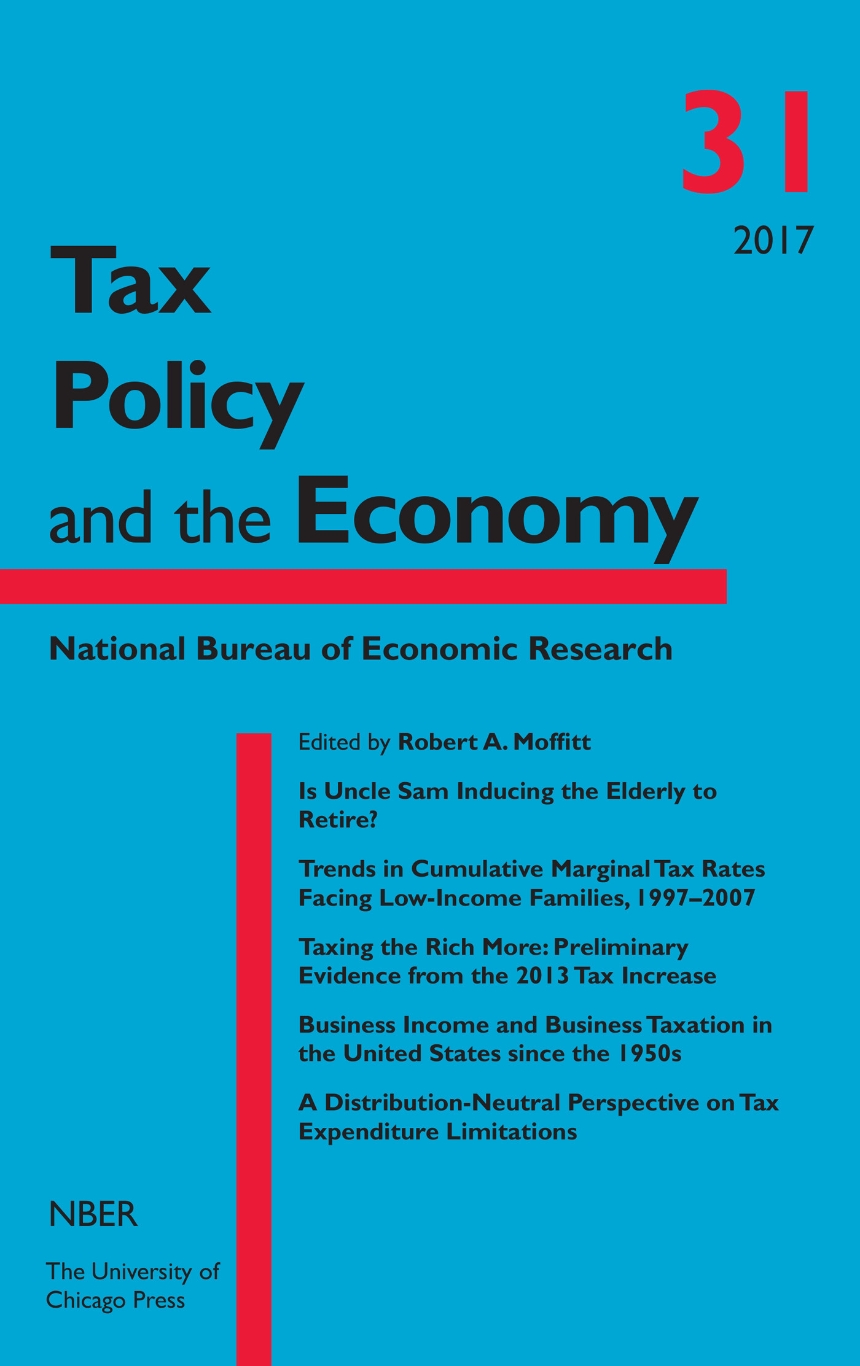 The papers in Tax Policy and the Economy Volume 31 are all directly related to important and often long-standing issues, often including how transfer programs affect tax rates and behavior. In the first paper, Alan Auerbach, Laurence Kotlikoff, Darryl Koehler, and Manni Yu take a lifetime perspective on the marginal tax rates facing older individuals and families arising from a comprehensive set of sources. In the second, Gizem Kosar and Robert A. Moffitt provide new estimates of the cumulative marginal tax rates facing low-income families over the period 1997-2007. In the third paper, Emmanuel Saez presents evidence on the elasticity of taxable income with respect to tax rates, drawing on data from the 2013 federal income tax reform.  In the fourth, Conor Clarke and Wojciech Kopczuk survey the treatment of business income taxation in the United States since the 1950s, providing new data on how business income and its taxation have evolved over time.  In the fifth paper, Louis Kaplow argues that the reduction in statutory tax rates from base-broadening may not reduce effective marginal tax rates on households.

National Bureau of Economic Research Tax Policy and the Economy