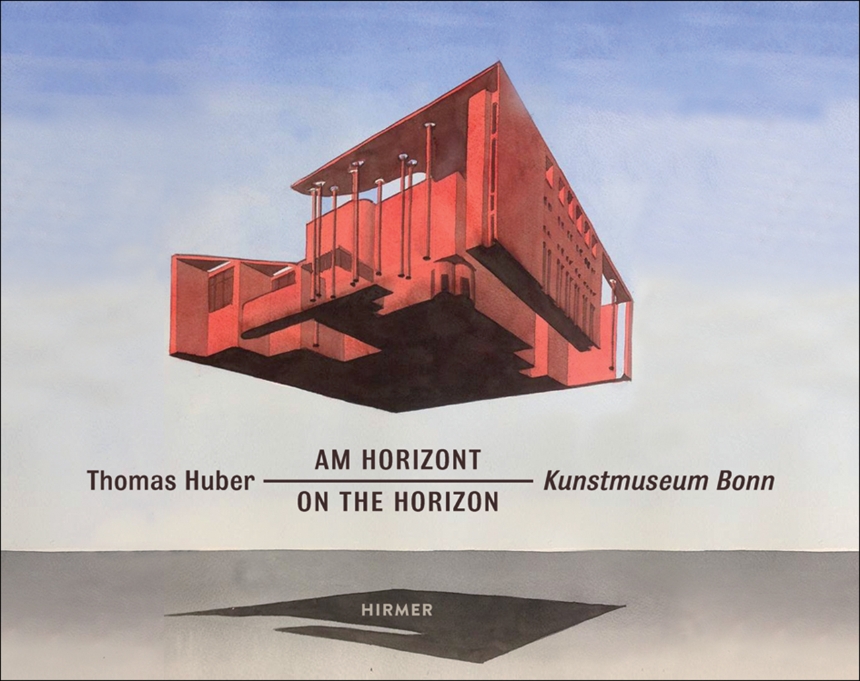 Thomas Huber: On the Horizon presents a collection of meticulously composed, surreal architectural scenarios by the Swiss-born, Berlin-based painter that circle around an oft-considered question in contemporary art: What is becoming of the role of painting as our relationship to the visual world grows increasingly complex? How can such pieces continue to be relevant?

Bringing together Huber’s most recent paintings, the culmination of some thirty years of theoretically ambitious, practically engaged artistic practice, the book focuses on the horizon as a constant in Huber’s practice—a compelling metaphor for the boundary between the visibility of motif and the invisibility of dialogue in pictorial space. In the paintings, which are mostly devoid of people, paradoxical combinations of symbolic forms converge to challenge our ideas about the world, to thought-provoking and often disquieting effect. In addition to more than one hundred illustrations, the book includes several essays by the artist and an interview with him by the book’s editor, Stephan Berg, and art historian Wolfgang Ullrich, discussing in greater depth the theoretical concerns that direct his creative practice. Beautifully produced, the book is also itself a collector’s object, printed in intense color on high-quality linen paper.