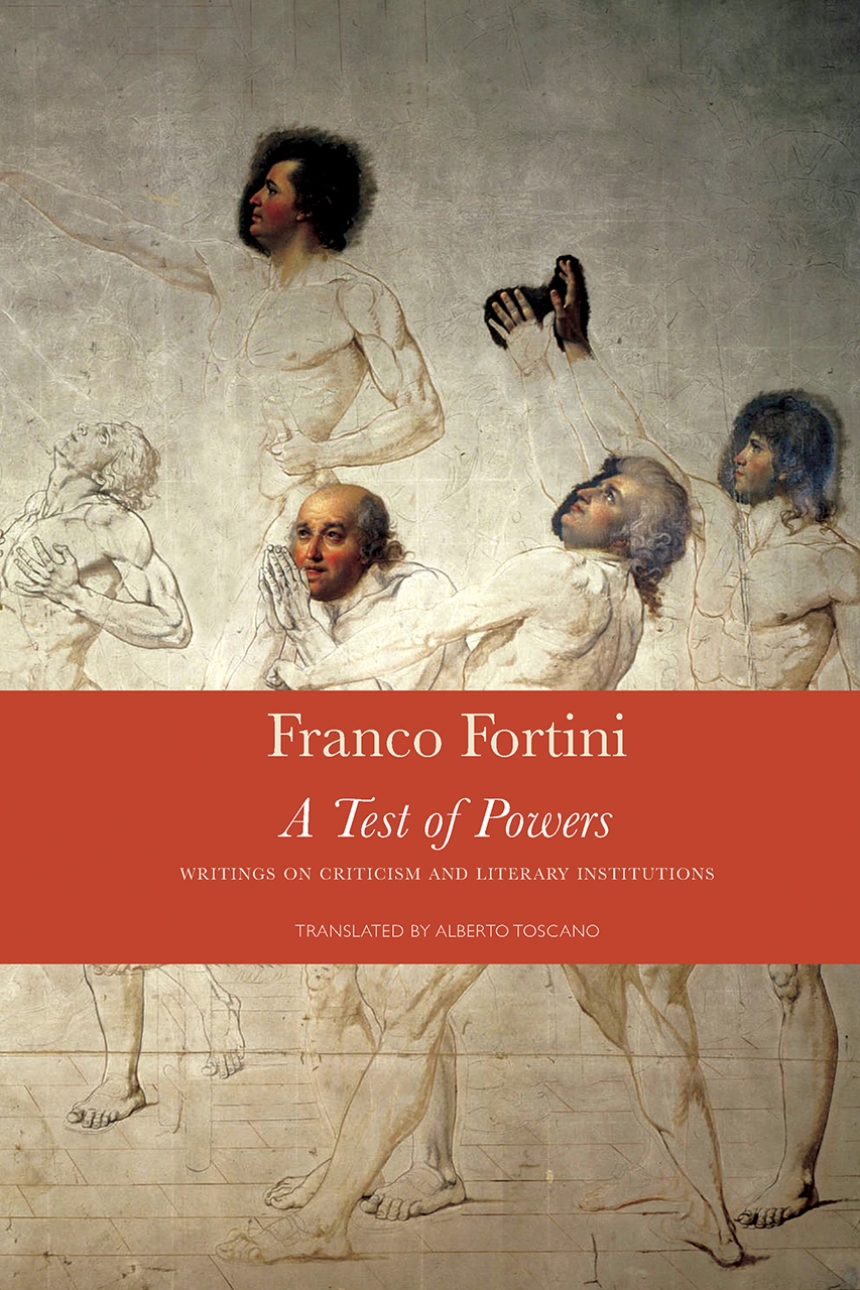 A Test of Powers

Writings on Criticism and Literary Institutions

A Test of Powers

Writings on Criticism and Literary Institutions

Translated by Alberto Toscano
Originally published in Italian in 1965, A Test of Powers was immediately seen as one of the central texts of Italian intellectual life. By the time of the 1968 student revolts, it was clear that Franco Fortini had anticipated many of the themes and concerns of the New Left, which is no surprise, given that Fortini had spent more than two decades immersed in fierce ideological debates over anti-Fascism, organizing, the alliance between progressivism and literature, and other topics that found their way into A Test of Powers. In addition to politically focused essays, the book also features essays on a range of writers who influenced Fortini, including Kafka, Pasternak, Eric Auerbach, Proust, and Brecht.

Praise for Fortini’s The Dogs of the Sinai
“An elegant and provocative project — the first book of Fortini’s prose to appear in English translation — that challenges one’s political assumptions about the conflict between Israel and Palestine, not only at the time of the Six-Day War but also today. . . . Toscano has done a masterful job of rendering Fortini’s often difficult prose into a fluid and concise English.”—Los Angeles Review of Books

“Fortini’s poetic production, literary criticism, political writings, translations, and journalism have assured him a position of the first rank among intellectuals of the Italian postwar period.”—Italica