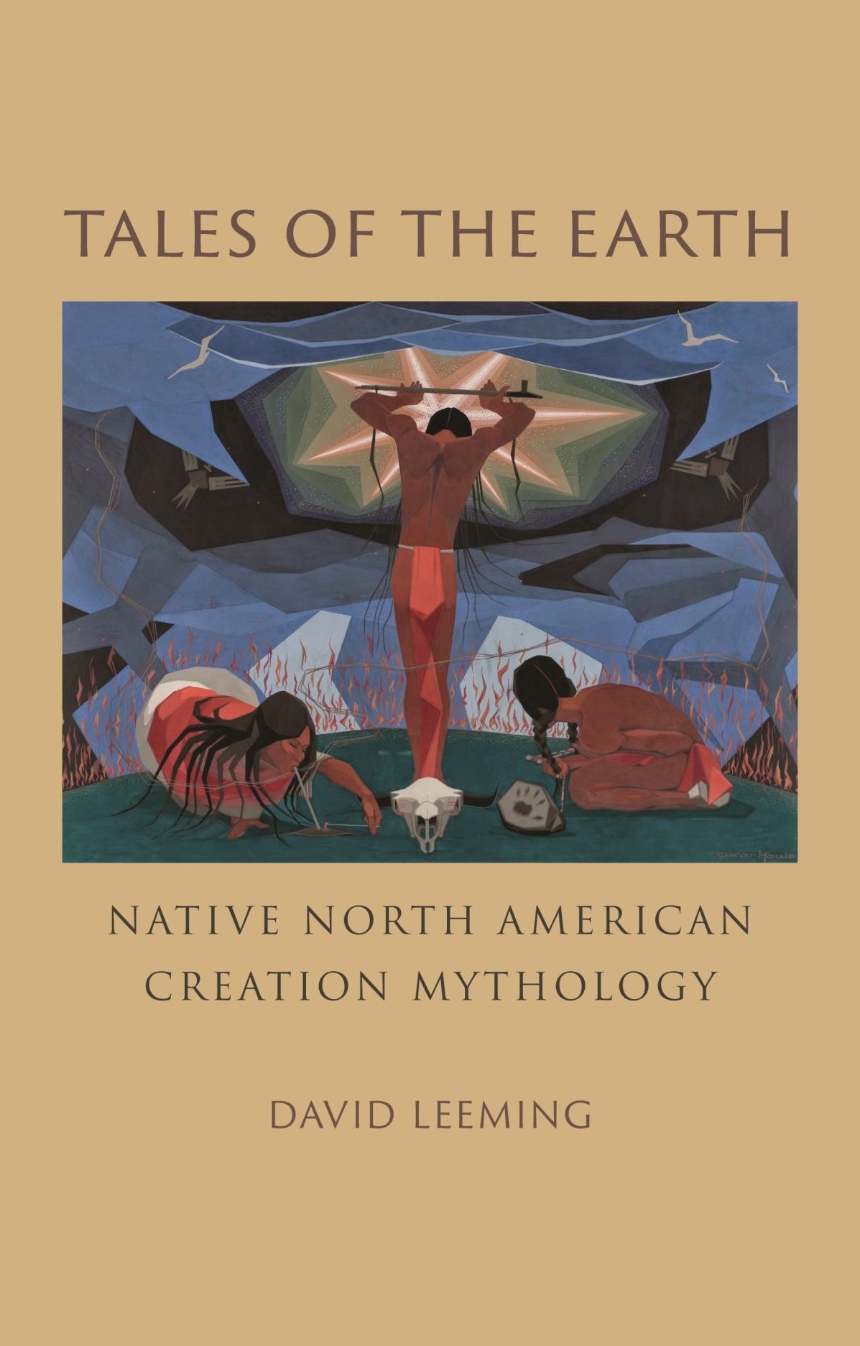 Tales of the Earth

Tales of the Earth

A revealing analysis of key themes in Native American origin myths—and their stark contrast with the exceptionalist values of the United States.

Tales of the Earth is a comprehensive yet concise overview of Native American mythologies. After outlining theories of the origins of Native North Americans, David Leeming considers the creation myths of many tribes, emphasizing four commonly occurring figures: the Great Spirit, the trickster, the goddess, and the hero. Leeming suggests that in addition to these figures, Native American mythologies have in common a deep reverence for the earth and for community responsibility as opposed to individualism—tenets that stand in stark contrast to the concepts of exceptionalism and Manifest Destiny that characterize the United States, a nation that was built on ancient tribal land.

"In Tales of the Earth, Leeming discusses how key characters common to the creation narratives of Indigenous North Americans, created the living, sacred landscapes to which Native Americans remain tied today. Importantly, he highlights how these narratives and the relationships to land they make possible often differ from Nonnative understandings of creation and the human place within it. Leeming does all this in an engaging, accessible style."

"Designed as an introductory folklore text for a popular audience, this book identifies four character types in creation narratives: the male Great Spirit, the trickster, the goddess, and the hero. Using decontextualized motifs, Leeming tries to argue that these characters can be associated with environmental stewardship and communalism as opposed to American individualism... Recommended."

The civilizations of North America were less dazzling to the Europeans than were those of Meso- and South America. But the native peoples associated with the stories of the English and Spanish settlers of what are now Massachusetts, Virginia and New Mexico were themselves anything but primitive by European standards of the time. In fact, across what is now the United States, long before the arrival of Columbus, there were thriving nations. These nations did what societies in other parts of the world did. They traded, fought wars against each other and dealt with the problems of communication arising from many languages; they raised crops, hunted, worshipped and domesticated animals, and some built impressive cities marked by monumental structures. Patuxet, the Wampanoag Indian village that would be taken over by the Pilgrims as Plymouth, was one of many well-developed agricultural and fishing settlements along the Massachusetts coast. Further west at the confluence of the Mississippi and Missouri rivers were the great pyramid-like mounds of the indigenous city Cahokia that were built at least as early as the twelfth century. Still further west were the spectacular cliff dwellings of the pre-Pueblo (Anasazi) peoples, complex living places abandoned for riverside villages (pueblos) in the thirteenth century, two centuries before Columbus’s arrival in the West Indies.

Several initial questions arise naturally in connection with the indigenous population of pre-Columbian America. Who were these people? Where did they come from? When did they first arrive in the Western hemisphere? What was the effect on them of the Europeans who arrived after 1490? Towards the end of the twentieth century an archeological consensus placed humans – often referred to as ‘Paleo-Indians’ – in the Western hemisphere beginning perhaps as early as 16,500 years ago. It was generally assumed that these people came to America from Central Asia by way of Beringia, a wide land bridge (in some places as wide as 1,600 kilometers (1,000 mi.)) between Siberia and Alaska. The land was exposed some 25,000 years ago before being covered by the rising Bering Sea some 10,500 years later and then by a shallow frozen sea for another 10,000 years.

In almost all Native American creation myths the sacredness of the land itself is emphasized. Four-character types stand out in the myths. The first is a supreme creator deity sometimes translated as ‘the Great Spirit’. The Great Spirit is often represented on earth by a culture hero, a being who teaches the people how to live, how to create, how to feed themselves and how to arrange their societies. This figure is sometimes a trickster, an amoral but highly creative shapeshifter who can undermine creation by introducing such elements as pain, conflict and death. The third, and arguably the most important, figure is the goddess, who takes many forms but who is always directly associated with the sacredness of earth itself. The fourth character is the hero, the one closest to the human psyche in its quest to overcome the monsters that plague us.