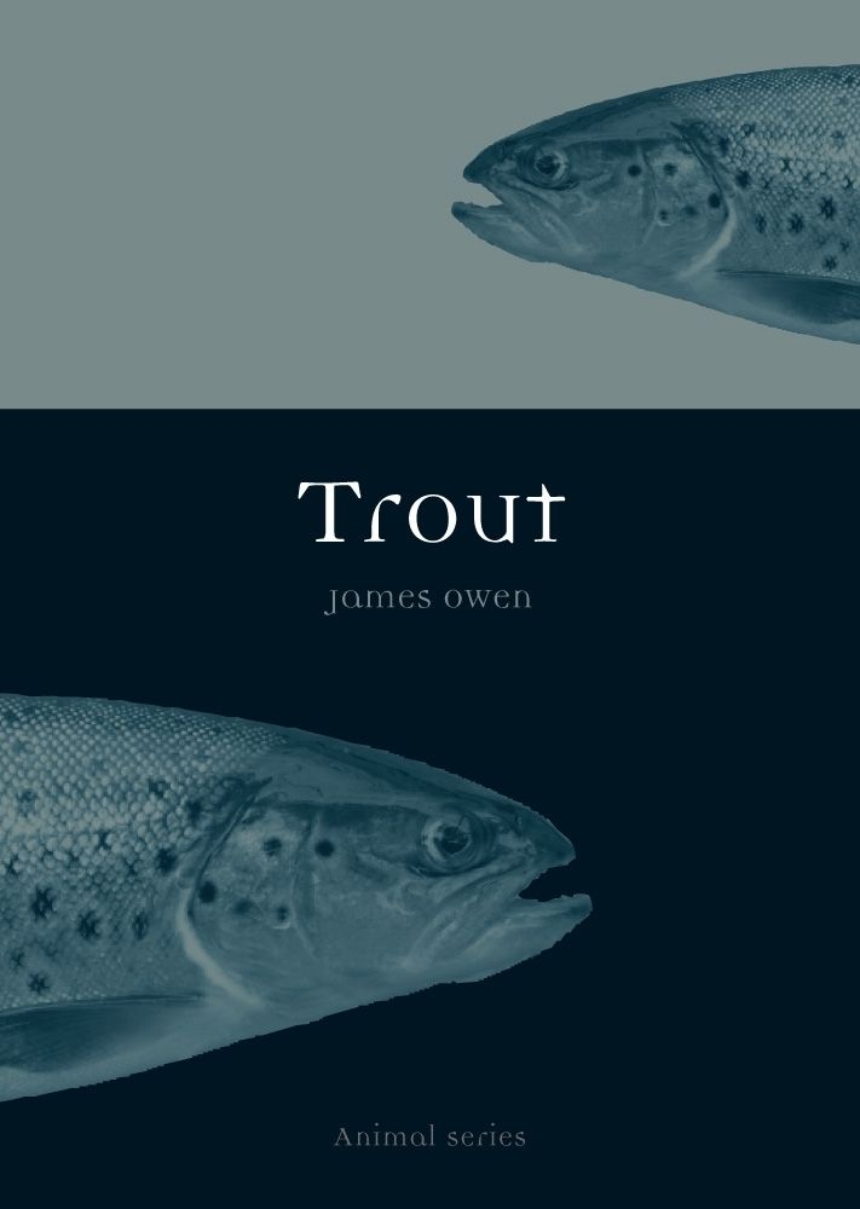 Leaping effortlessly from bright streams into the human imagination, the trout has an ancient fascination that can be traced back to Stone Age cave dwellers, and it thrives today in our diet, religion, folklore, history, science, literature, and, of course, fishermen’s tales.
James Owen reveals here why the trout beguiles us so. Taking myriad forms, the fish has a vitality and physical beauty that brings to mind pure waters and quiet, outdoor spaces. This biography of the trout showcases the animal as sacred fish, edible fish, farmed fish, and a fish of scientific investigation. In telling this story, Owen follows the trout around the world: starting in Europe and North America, he then follows the voyage that took the creature from England to Australia in the nineteenth century. Along the way, he presents a diverse cast of characters, from obscure British saints and fly-fishing nuns to visionary inventors, jazz singers, and counterculture novelists—all united by this magical animal.
Trout will delight and surprise anglers who have ever cast a fly and anyone who has caught a glimpse of its stunning camouflage.

“There have been dozens of book about the splendours of trout (I even wrote one myself), but seldom have I read one as evocative and concise as this. . . . James Owen is a pacy, eclectic author, and clearly an aficionado. . . . He has an eye for quirky detail (the illustrations are notably imaginative) and there was much here that was new to me. . . . This is a perfectly delicious little volume, that surely raises the bar for subsequent piscine literature. I can scarcely recommend it highly enough.”

“[A] wonderfully diverse monograph. . . . Although scientifically sound throughout, the value of Trout lies as much in its sensitive account of the part these iconic fishes have played in the cultural history of mankind. Owen’s effortless prose strides across continents, in the process beguiling us with a cast of characters which includes obscure saints, fly-fishing nuns, homesick empire-builders and a louche jazz singer, all united in their love for the most beautiful of fishes.”

“Dense with facts, anecdotes, potted histories and excellent photographs and illustrations . . . Owen’s research has been rigorous and thorough. . . . James Owen has done a wonderful job, in a short space, documenting how the trout has permeated human life.”

“In short, this is a brilliant little miscellany of trouty facts, fictions and stuff we should all know. And, as promised, it brings the story right up to date, complete with well-footnoted discussion of the latest thinking on trout conservation and genetics, from Norway’s forests to Albania’s Lake Ohrid, and the globe-spanning efforts of WWF, Trout Unlimited and its British equivalent, the Wild Trout Trust.”

“At times, Trout reads like a richly illustrated compendium of trivia, but the trivia is so compelling that it almost becomes the central appeal of the book. . . . The breezy prose and the amazing attention to detail—and to the bizarre histories in particular—will make it of interest to almost every scholar of the complex human response to the non-human world.”

Interdisciplinary Studies in Literature and Environment