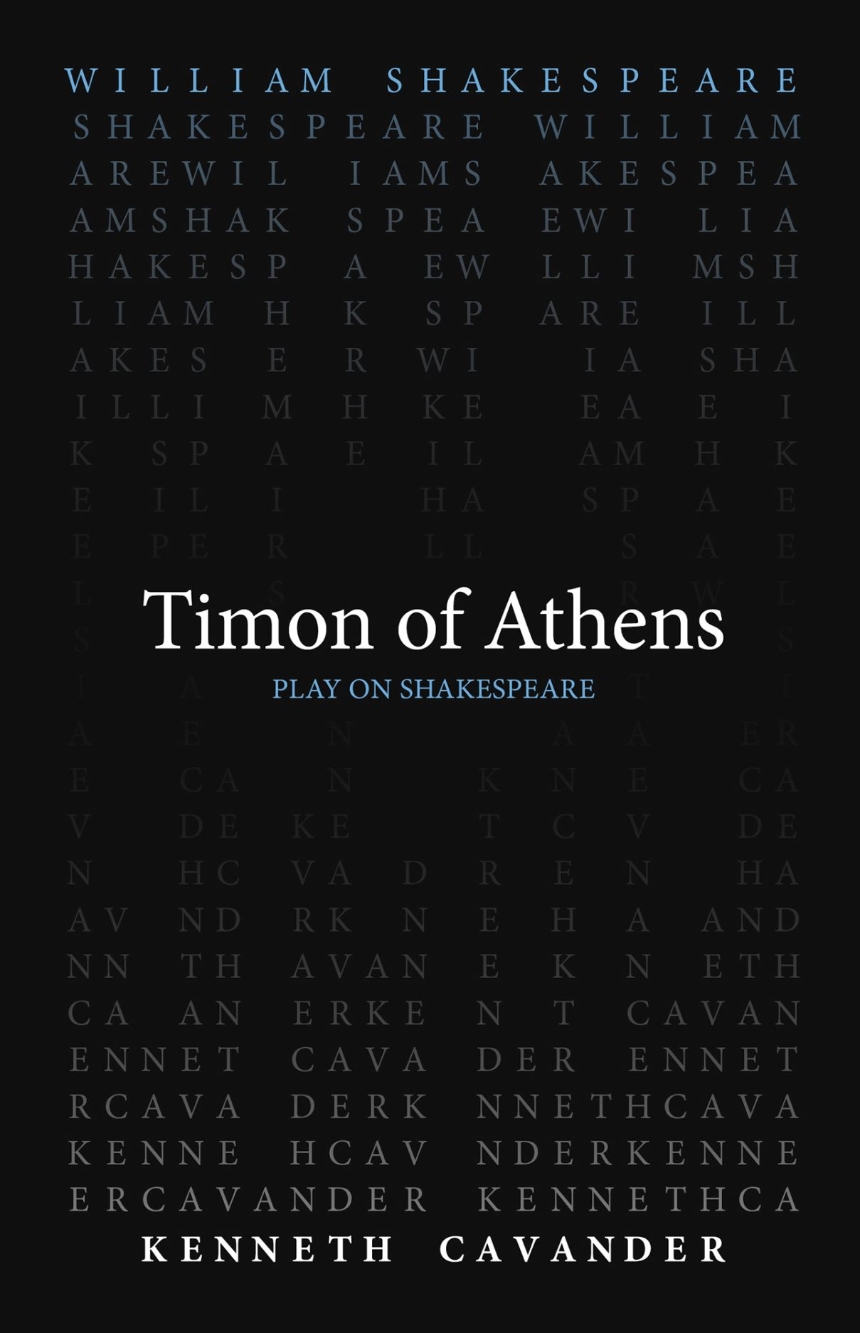 Never performed in Shakespeare’s lifetime, Timon of Athens presents an intriguing puzzle for contemporary audiences. The disjointed plot and many gaps in the story have led scholars to believe it was a collaboration between Shakespeare and Thomas Middleton, a younger writer known for his satires, and productions for decades have faced choices about the most effective way to present the play. In this translation, Cavander acts as a third playwright in this collaborative process. Wrangling the voices of Shakespeare and Middleton on the page, Cavander unveils poetic lines and phrases that have sat stubbornly in the cobwebs, cutting these voices through the time barrier and into the world as we know it.