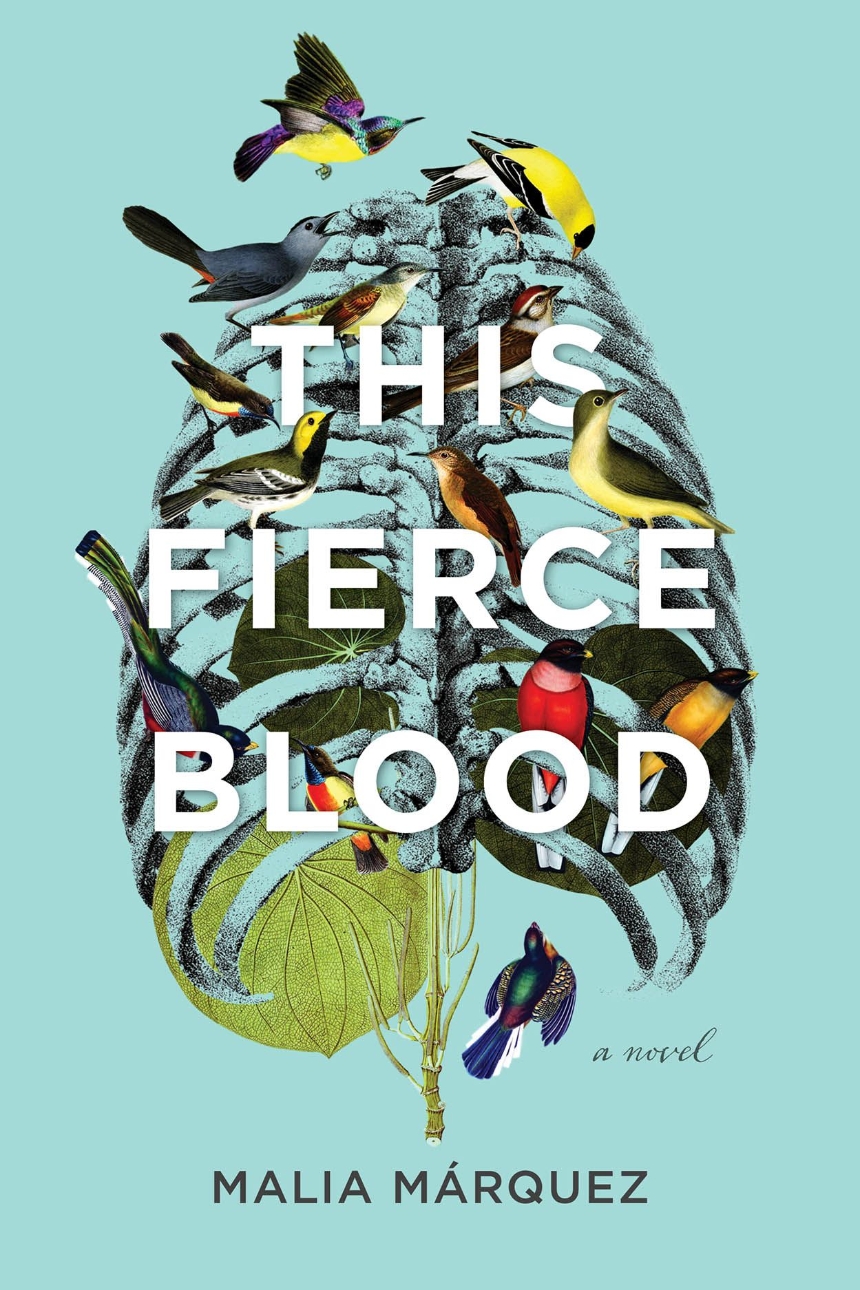 A multicultural saga, This Fierce Blood follows three generations of women in the Sylte family.

In rural late-nineteenth-century New England, Wilhelmina Sylte is a settler starting a family with her Norwegian immigrant husband. When she forms an inexplicable connection with a mountain lion and her cubs living near their farm, Mina grapples with divided loyalties and the mysterious bond she shares with the animals.

In 1927 in southern Colorado, Josepa is accused of witchcraft by a local priest for using the healing practices passed down from her Native mother. Fighting for her family’s reputation and way of life, Sepa finds strength in worldly and otherworldly sources.

When Magdalena, an ecologist, inherits her great-grandmother Wilhelmina’s Vermont property, she and her astrophysicist husband decide to turn the old farm into a summer science camp for teens. As Magda struggles with both personal and professional responsibilities, the boundary between science and myth begins to blur.

Rich in historical and cultural detail, This Fierce Blood combines magical realism with themes of maternal ancestral inheritance, and also explores the ways Hispano/Indigenous traditions both conflicted and wove together, shaping the distinctive character of the American Southwest. Readers of Téa Obreht and Ruth Ozeki will find much to admire in this debut novel.

"Malia Márquez’s intense multigenerational novel incorporates magical realism into its story of three women struggling with family and social expectations. . . . Attentive to the pressures facing women across historical eras, the lush novel This Fierce Blood shows the power of strong women staying true to themselves."

“Passion, faith, identity, trauma, love, and loyalty. . . through the interwoven stories of three women spanning generations, Malia Márquez dramatizes these urgent-as-ever themes. Taken individually, the stories of Wilhelmina, Josepa, and Magdalena are equally gripping. But like voices in a chorus, united in the sublime oratorio that is This Fierce Blood, their tales strike chords, harmonies, and syncopations greater than the sum of their distinct parts. Márquez has written a singular and passionate first novel.”

Peter Selgin, author of 'The Inventors' and 'Duplicity'

“This Fierce Blood traverses time, culture, and distance with gorgeous, sure-footed prose and a compelling cast of characters. By showing us all that separates these generations of Sylte women, Márquez deftly guides us toward what binds them. A wholehearted debut with a whisper of magic and deep, twisting roots in the natural world, this novel announces the arrival of a very special writer.”

“This Fierce Blood is a wonder of a novel—at once epic and intimate, all of it deeply alive. Malia Márquez writes with compassion and precision, writes, to borrow words from these pages, ‘Like a song. Or a spell.’ I’m grateful to have been pulled into the magic of this book, grateful for my time with its generations of unforgettable, wild-hearted women.”

Gayle Brandeis, author of 'Many Restless Concerns' and 'The Book of Dead Birds'

“This Fierce Blood is a gorgeous and ecologically tender generational odyssey. The rebellious, loving, and brilliant Sylte women at the heart of this magical debut novel offer us a vision of what is possible when we consider both the power of our familial bonds and a natural world beyond the human. Malia Márquez has given us a spellbinding novel that remembers and fiercely reclaims our shared histories.”

Michael Zapata, author of 'The Lost Book of Adana Moreau'

"This Fierce Blood is compelling and beautiful. It is a multigenerational saga that captures the beauty, difficulty, and importance of merging and growing cultures. It clashes and it mends relationships across generations and cultures in a thoughtful and lovely way. It’s absolutely stunning."