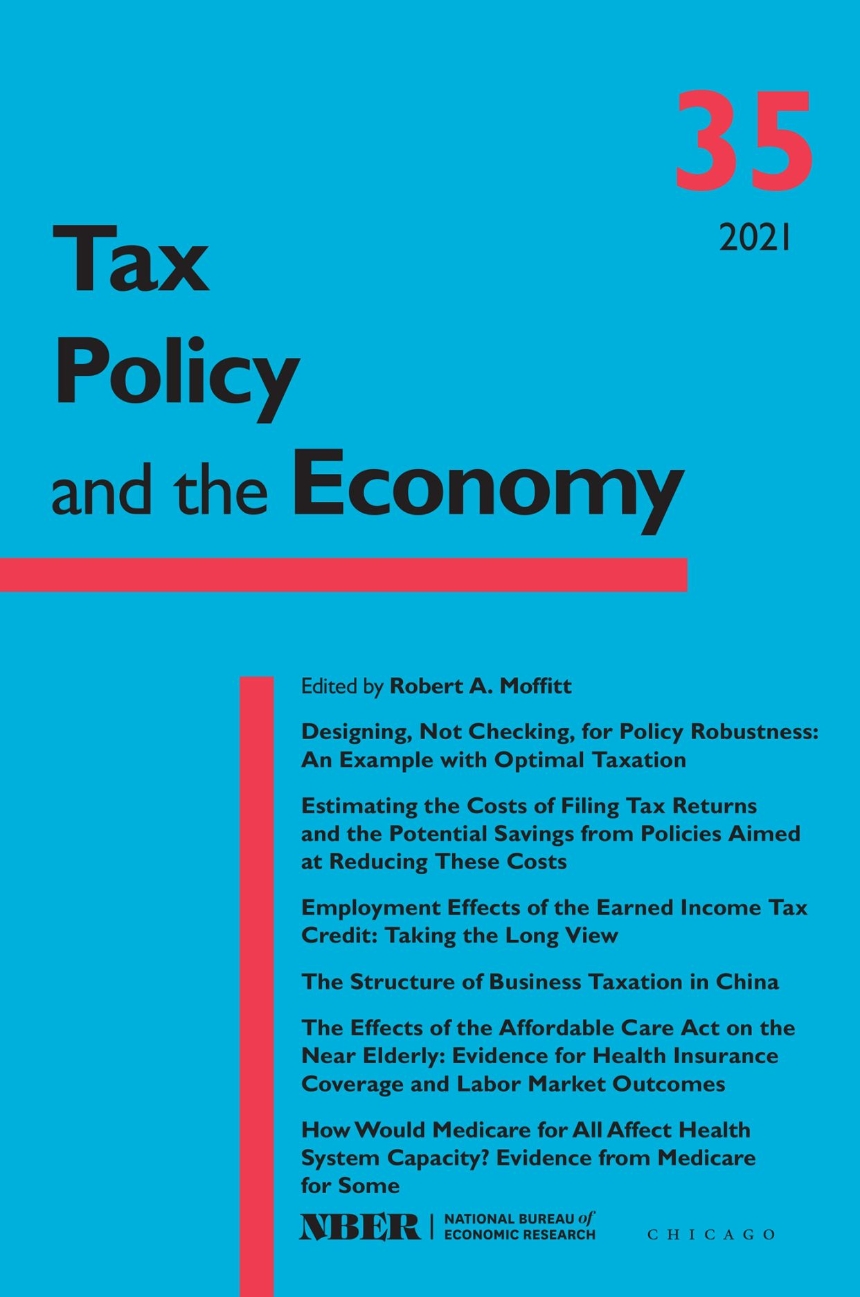 This volume presents six new studies on current topics in taxation and government spending. The first study looks at the costs of income tax filing, which have risen over time because of the numerous tax forms families have to fill out when filing their taxes and because of increased costs of itemizing deductions, and explores ways to simplify filing and reduce those costs. The second study investigates the design of income tax schedules when there is uncertainty about the way taxation affects household behavior. The third study provides new and comprehensive estimates of the impact of the US Earned Income Tax Credit on the employment of low-income men and women, finding that the large majority of the various expansions of that credit over the last forty years have increased employment of single mothers. The fourth study reviews the structure of business taxation in China and describes a number of tax distortions and potential inefficiencies in the system. The next paper considers how the Affordable Care Act has affected the health insurance and labor market choices of individuals who are between the ages of 60 and 64, and it finds increases in insurance coverage and reductions in employment for some groups. The last study considers how reimbursement rates for health care providers under various government insurance programs affect providers’ willingness to take on new patients and expand their patient capacity.

National Bureau of Economic Research Tax Policy and the Economy