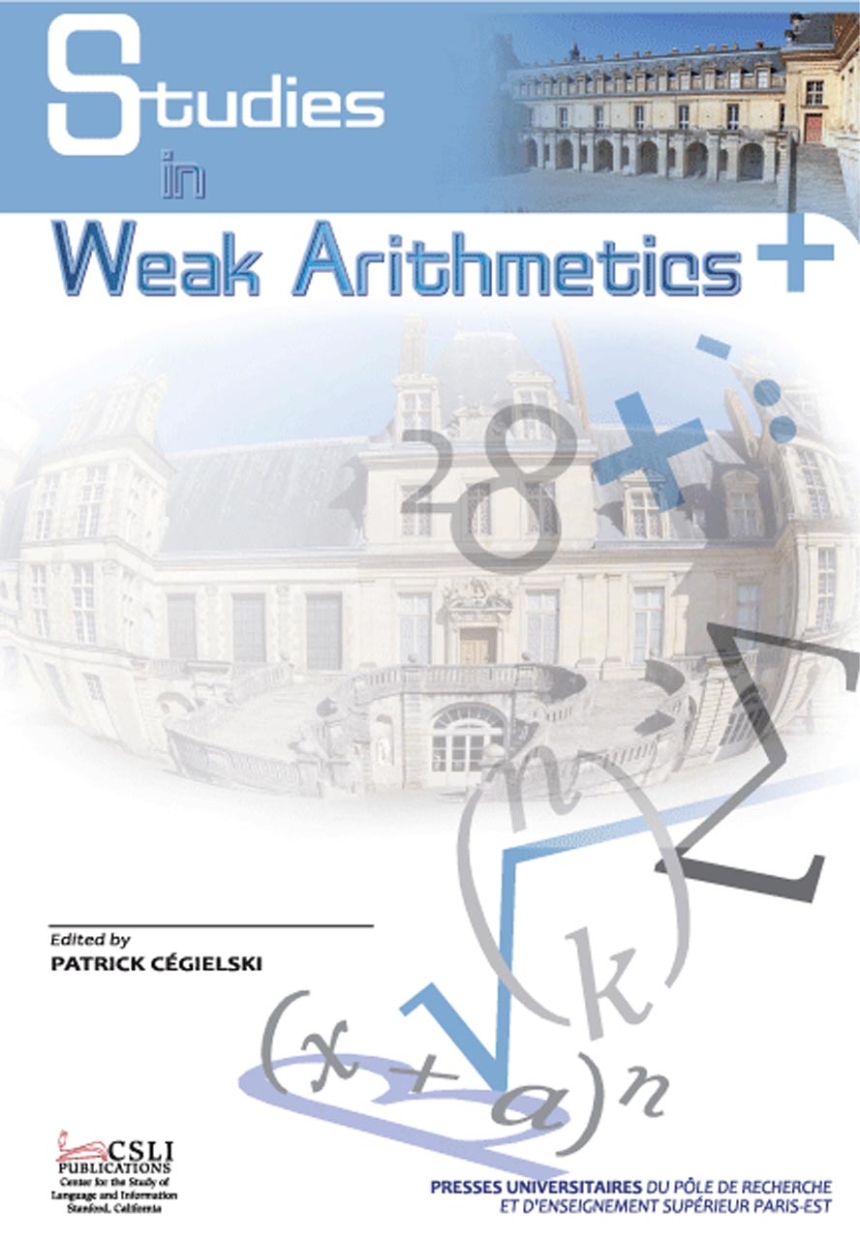 The field of weak arithmetics is an application of logical methods to number theory that was developed by mathematicians, philosophers, and theoretical computer scientists. In this volume, after a general presentation of weak arithmetics, the following topics are studied: the properties of integers of a real closed field equipped with exponentiation; conservation results for the induction schema restricted to first-order formulas with a finite number of alternations of quantifiers; a survey on a class of tools called pebble games; the fact that the reals e and pi have approximations expressed by first-order formulas using bounded quantifiers; properties of infinite pictures depending on the universe of sets used; a language that simulates in a sufficiently nice manner all  algorithms of a certain restricted class; the logical complexity of the axiom of infinity in some variants of set theory without the axiom of  foundation; and the complexity to determine whether a trace is included in another one.