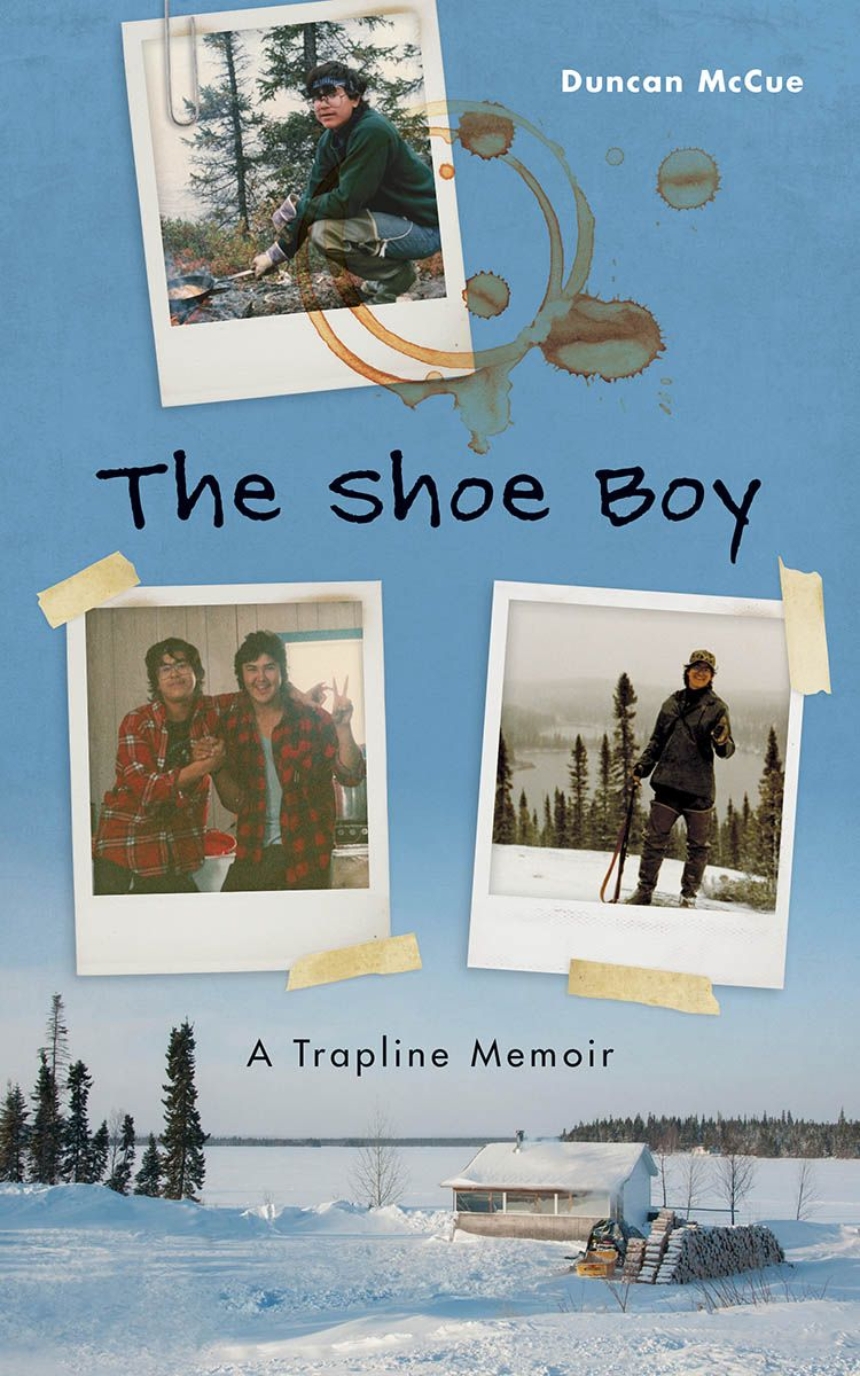 At the age of seventeen, an Anishinabe boy who was raised in the south joined a James Bay Cree family in a one-room hunting cabin in the isolated wilderness of northern Quebec. In the five months that followed, he learned a way of life on the land with which few are familiar, where the daily focus is on the necessities of life, and where both skill and finesse are required for self-sufficiency.
In The Shoe Boy, that boy – Duncan McCue – takes us on an evocative journey that explores the hopeful confusion of the teenage years, entwined with the challenges and culture shock of coming from a mixed-race family and moving to the unfamiliar North. As he reflects on his search for his own personal identity, he illustrates he relationship Indigenous peoples have with their lands, and the challenges urban Indigenous people face when they seek to reconnect to traditional lifestyles.
The result is a contemplative, honest, and unexpected coming-of-age memoir set in the context of the Cree struggle to protect their way of life, after massive hydro-electric projects forever altered the landscape they know as Eeyou Istchee.