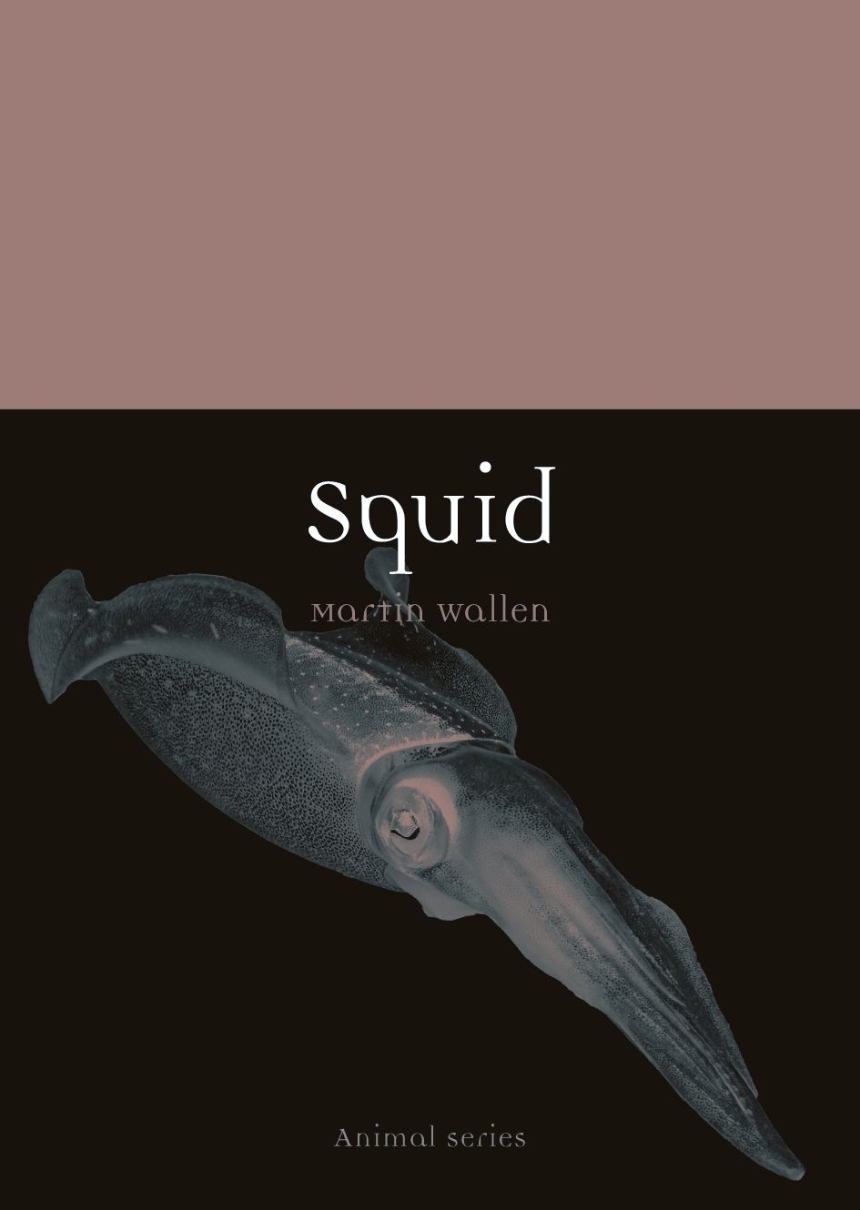 In myths and legends, squids are portrayed as fearsome sea-monsters, lurking in the watery deeps waiting to devour humans. Even as modern science has tried to turn those monsters of the deep into unremarkable calamari, squids continue to dominate the nightmares of the Western imagination. Taking inspiration from early weird fiction writer H. P. Lovecraft, modern writers such as Jeff VanderMeer depict squids as the absolute Other of human civilization, while non-Western poets such as Daren Kamali depict squids as anything but threats. In Squid, Martin Wallen traces the many different ways humans have thought about and pictured this predatory mollusk: as guardians, harbingers of environmental collapse, or an untapped resource to be exploited. No matter how we have perceived them, squids have always gazed back at us, unblinking, from the dark.

"An educational . . . look at squids, in reality and fiction. . . . The discussions of squids’ diet (they 'prey on almost anything that does not eat them first') and their 'highly aggressive hunting behavior' are especially intriguing. . . . Some fascinating passages."

"Wallen brings an academic lens to the subject, tracing the deep-sea terror of kraken mythology through to the contemporary scientific understanding of the cephalopod, two perspectives brought together by an exploration of how they’re represented in art and literature. . . . Some engrossing insights."

"Wallen dives deep into both the natural as well as the human cultural history of these fascinating mollusks, exploring how they have long filled oceanic enquiries, our imaginations, our nightmares, and our deep fat fryers."

"As well as providing a great summary of our scientific understanding of squids, Wallen's book takes you to a different time and is a great read for anyone interested in sea monsters. The information given is highly engaging and the presentation is clear and wonderfully supported by descriptive images. The writing style is easy and relaxing to follow. The timeline at the end makes the structure of the book logical and understandable. This was the first of Wallen's books I have read but it certainly won't be the last."

"John Steinbeck points out in The Log from the Sea of Cortez that 'Men really need sea-monsters in their personal oceans.' Squid explores this idea by taking the reader on a recurring migration between the mesopelagic darkness of kraken mythology and the epipelagic zone of contemporary squid biology through a fascinating history of literary attempts to entwine these worlds. At first glance this book may seem like a charming Victorian cabinet of cephalopod curiosities, but it is more like a well used tackle box full of intriguing lures, hooks, and strange squid jigs—some beautiful, some ominous, and each with its own story that makes it part of an emergent whole. For anyone interested in squid and the cross-over between natural sciences and the humanities, this book will be a gem."