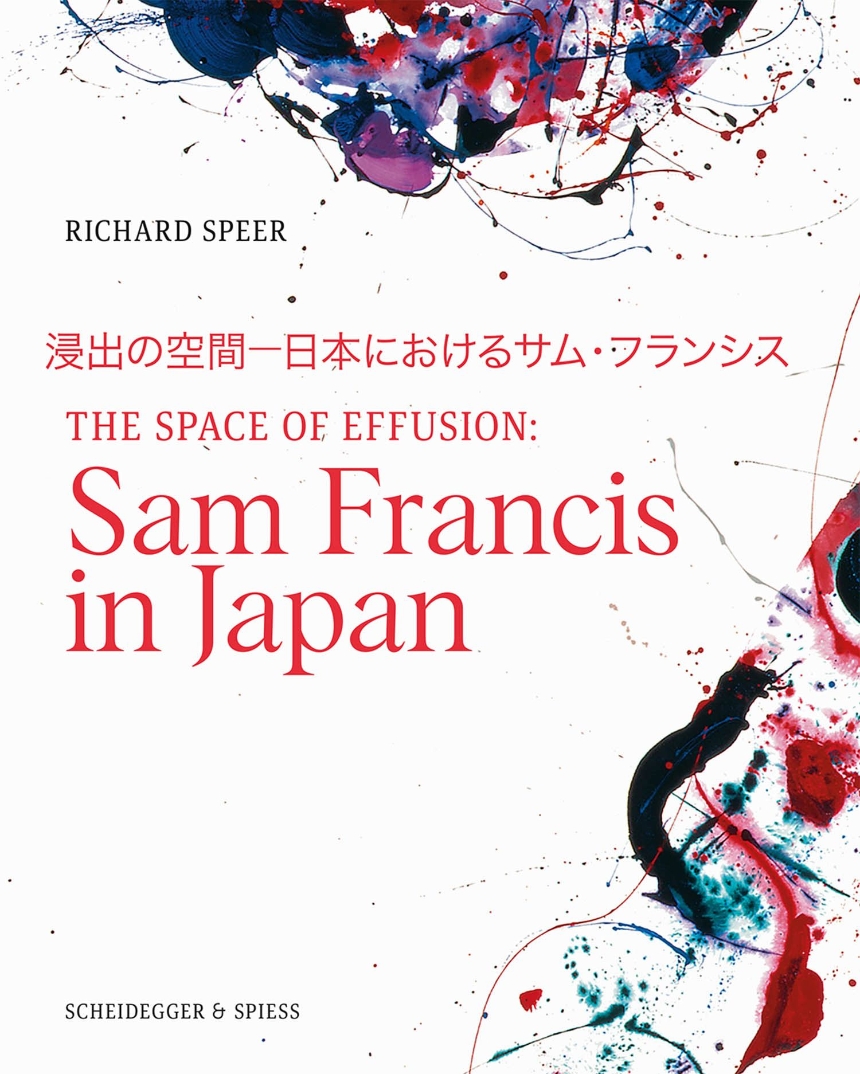 The Space of Effusion

The Space of Effusion

One of the world’s preeminent Abstract Expressionists, California-born painter Sam Francis (1923-1994) first traveled to Japan in 1957, quickly established studios and residences there, and became active in a circle of avant-garde artists, writers, filmmakers, architects, and composers, including members of the nascent Gutai and Mono-ha movements. This book chronicles those connections, as well as his complex and evolving relationship with East Asian aesthetics from the 1950s through the 1990s.

From the very first exhibitions Francis had in Tokyo, critics linked his evocative use of negative space with the Japanese concept of “ma”, a symbolically rich interval between objects or ideas. This shared pictorial and philosophical syntax laid the foundation for a feedback loop of mutual influence that spurred frequent collaborations between the artist and his Japanese contemporaries, extending into the realms of printmaking, ceramics, music, poetry, publishing, and performance.

Written by art critic and curator Richard Speer, with a foreword by Debra Burchett-Lere, executive director/president of the Sam Francis Foundation, this is the first full-length monograph to explore an important but sometimes overlooked milieu in Post-World War II art—a dialogue between Eastern and Western sensibilities that prefigured our current era of global interconnectedness and cross-cultural exchange. Lavishly illustrated with color plates and archival images, it is an adjunct publication for the related exhibition “Sam Francis and Japan: Emptiness Overflowing” (Los Angeles County Museum of Art, 2021), co-curated by Speer.