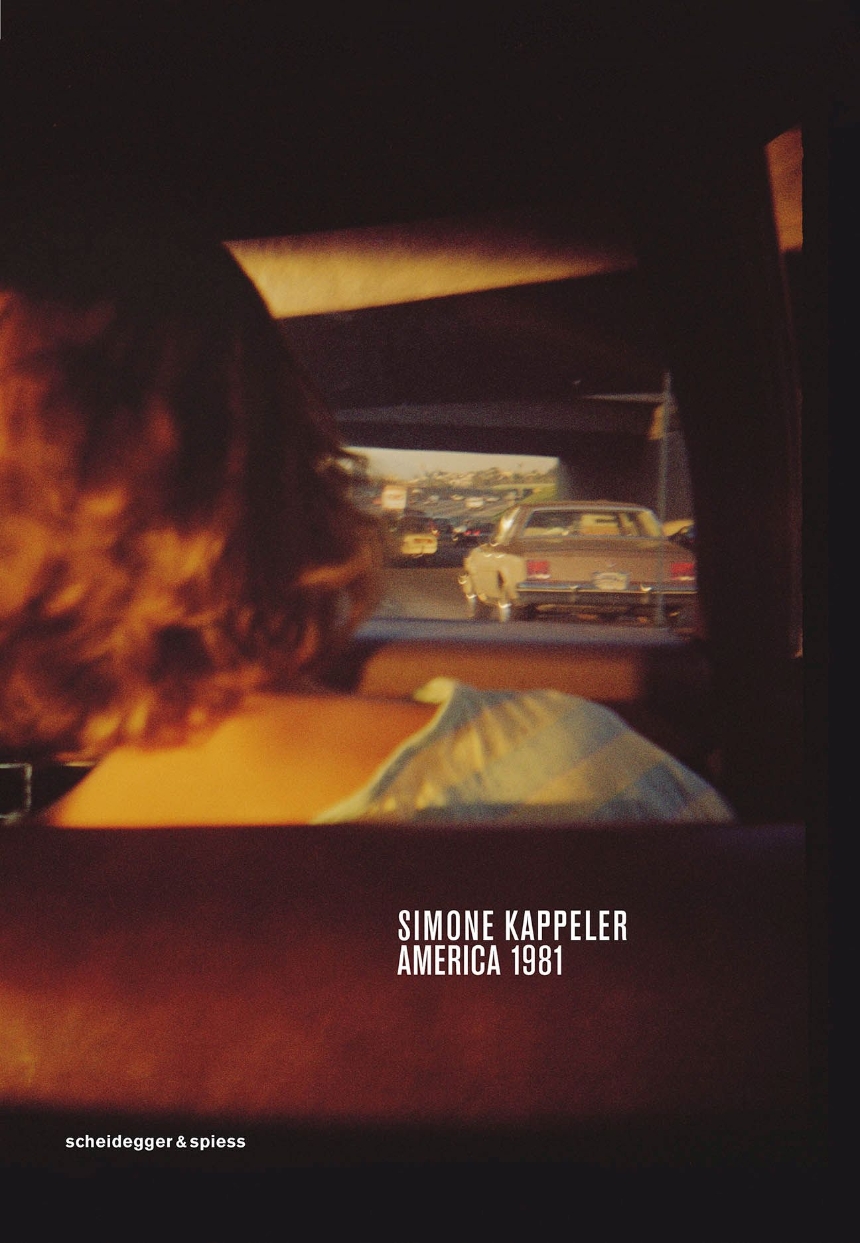 Text by Peter Pfrunder
In the late 1970s and early 1980s, the youth of Zurich were rebellious. An entire generation of students sought fervently for the new. Simone Kappeler was one of them, and in 1981 she left her native Switzerland, setting off on a road trip across America. She took with her a 35 mm Hasselblad, as well as a Polaroid. Over the course of the journey, she would add a multitude of cheap cameras to this collection that enabled snapshot-like images—taken un-selfconsciously whenever a motif struck her. The resulting images reflect a direct and unrestrained manner, telling of immediate sensual experience and the longing for freedom and independence.

Decades later, Kappeler has revisited the vast collection that resulted from her undertaking, and the result is this striking volume. Both the selection of images and their composition in the book reveal a consistent artistic perspective and a signature style. Through these photographs, we simultaneously see the development of an artist and a lost era of American life.

"[A] captivating album of horizons glimpsed and encounters chanced across a vast, open, easygoing country that you might have some trouble recognizing right now."

"Nearly a quarter-century after that other Swiss photographer, Robert Frank, made his road trip, Kappeler’s lens found different Americans. It’s not so much that this was a different America; it wasn’t. The Cold War was raging, Ronald Reagan had just taken office, and a new conservatism was spreading across the country. The blind politics and social divisions that Frank highlighted in the 1950s were returning after two decades of cultural radicalism. But Kappeler’s book seems to ask: What if Frank’s 767 rolls of film were edited with an eye for joy, instead of strife, separation, and hardship?"