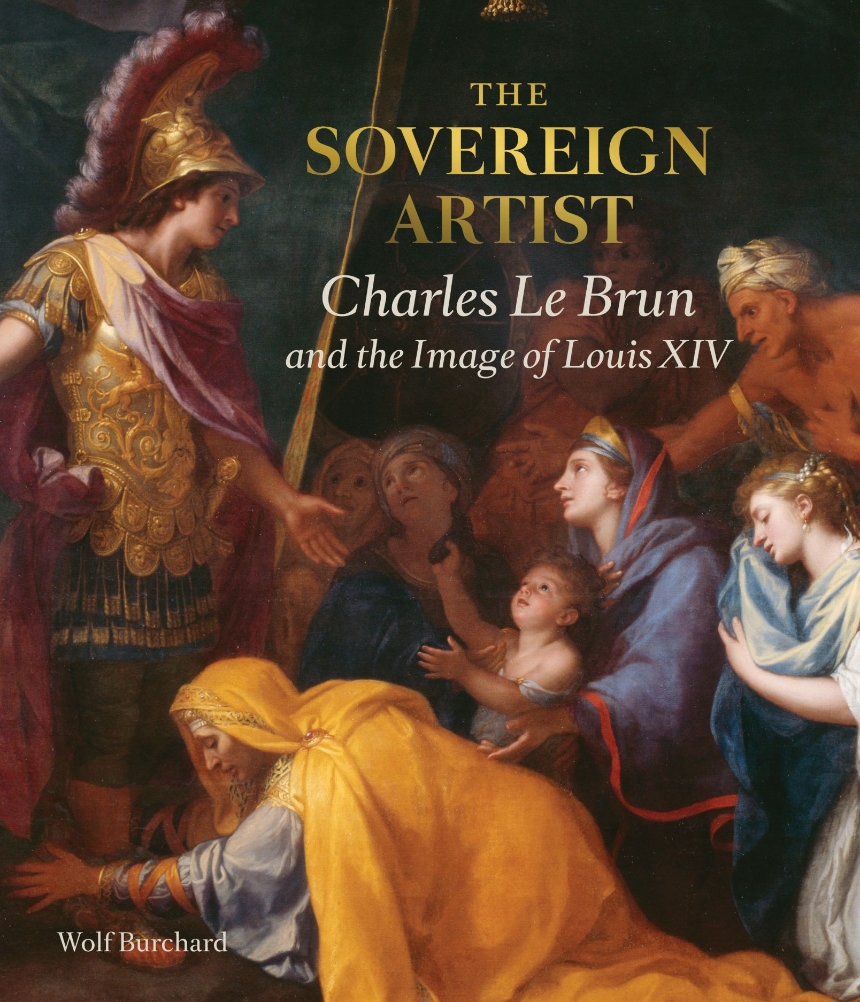 Charles Le Brun and the Image of Louis XIV

Charles Le Brun and the Image of Louis XIV

With a Foreword by Christopher Le Brun
This monograph examines the wide artistic production of Louis XIV’s most prolific and powerful artist, Charles Le Brun (1619–1690), illustrating the magnificence of his paintings and focusing particularly on the interiors and decorative art works produced according to his designs. In his joint capacities of Premier peintre du roi, director of the Gobelins manufactory and rector of the Académie royale de peinture et de sculpture, Le Brun exercised a previously unprecedented influence on the production of the visual arts – so much so that some scholars have repeatedly described him as ‘dictator’ of the arts in France. The Sovereign Artist explores how Le Brun operated in his diverse fields of activities, linking and juxtaposing his portraiture, history painting and pictorial theory with his designs for architecture, tapestries, carpets and furniture. It argues that Le Brun sought to create a repeatable and easily recognizable visual language associated with Louis XIV, in order to translate the king’s political claims for absolute power into a visual form. How he did this is discussed through a series of individual case studies ranging from Le Brun’s lost equestrian portrait of Louis XIV, and his involvement in the Querelle du coloris at the Académie, to his scheme for 93 Savonnerie carpets for the Grande Galerie at the Louvre, his Histoire du roy tapestry series, his decoration of the now destroyed Escalier des Ambassadeurs at Versailles and the dramatic destruction of the Sun King’s silver furniture. One key theme is the relation between the unity of the visual arts, to which Le Brun aspired, and the strong hierarchical distinctions he made between the liberal arts and the mechanical crafts: while his lectures at the Académie advocated a visual and conceptual unity in painting and architecture, they were also a means by which he attempted to secure the newly gained status of painting as a liberal art, and therefore to distinguish it from the mechanical crafts which he oversaw the production of at the Gobelins. His artistic and architectural aspirations were comparable to those of his Roman contemporary Gianlorenzo Bernini, summoned to Paris in 1665 to design the Louvre’s East façade and to create a portrait bust of Louis XIV. Bernini’s failure to convince the king and Colbert of his architectural scheme offered new opportunities for Le Brun and his French contemporaries to prove themselves capable of solving the architectural problems of the Louvre and to transform it into a palace appropriate “to the grandeur and the magnificence of the prince who [was] to inhabit it” (Jean-Baptiste Colbert to Nicolas Poussin in 1664). The comparison between Le Brun and Bernini not only illustrates how France sought artistic supremacy over Italy during the second half of the 17th century, but further helps to demonstrate how Le Brun himself wanted to be perceived: beyond acting as a translator of the king’s artistic ambition, the artist appears to have sought his own sovereign authority over the visual arts.