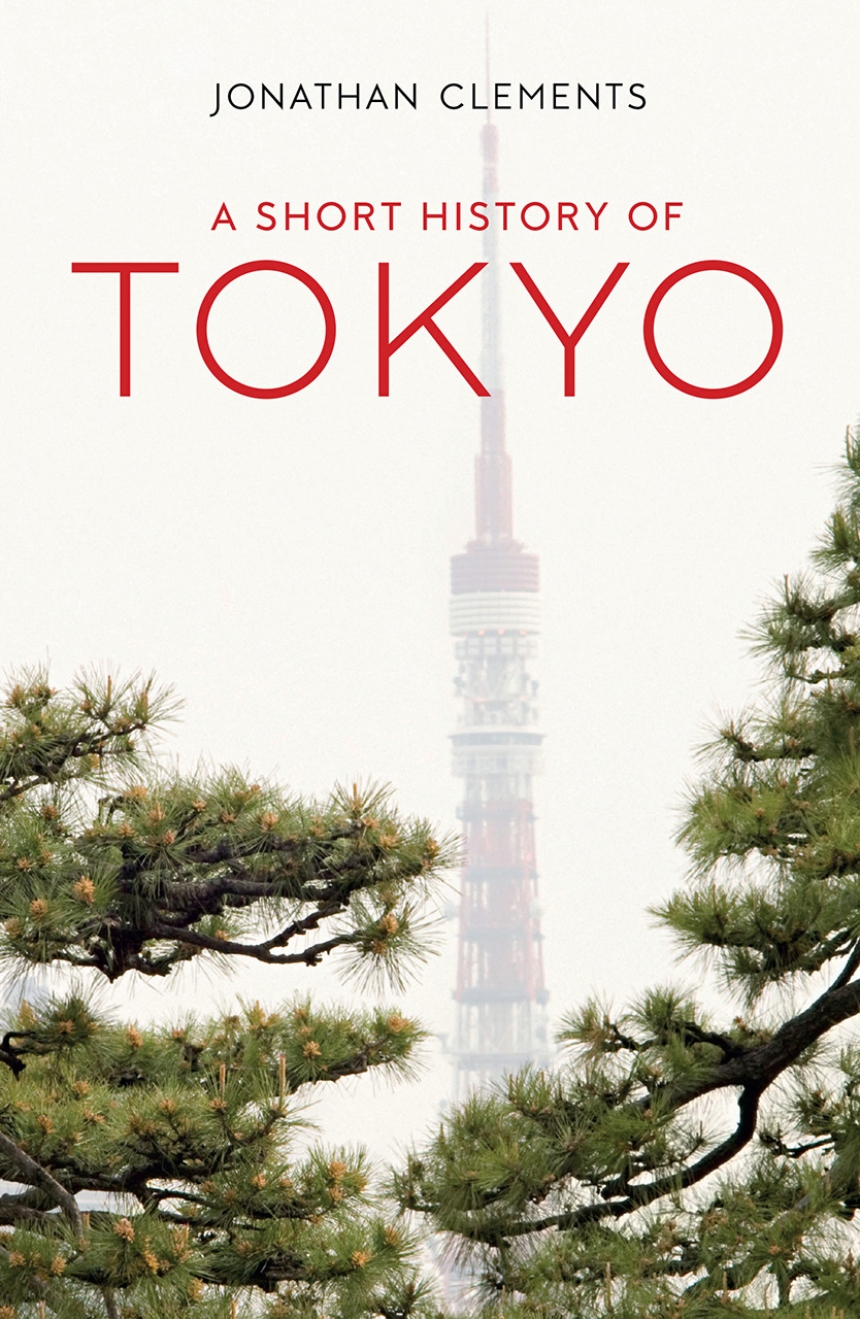 A Short History of Tokyo

A Short History of Tokyo

Tokyo, which in Japanese means the “Eastern Capital,” has only enjoyed that name and status for 150 years. Until the middle of the nineteenth century, the city that is now Tokyo was a sprawling fishing town by the bay named Edo. Earlier still, in the Middle Ages, it was Edojuku, an outpost overlooking farmlands. And thousands of years ago, its mudflats and marshes were home to elephants, deer, and marine life.

In this compact history, Jonathan Clements traces Tokyo’s fascinating story from the first forest clearances and the samurai wars to the hedonistic “floating world” of the last years of the Shogunate. He illuminates the Tokyo of the twentieth century with its destruction and redevelopment, boom and bust without forgoing the thousand years of history that have led to the Eastern Capital as we know it. Tokyo is so entwined with the history of Japan that it can be hard to separate them, and A Short History of Tokyo tells both the story of the city itself and offers insight into Tokyo’s position at the nexus of power and people that has made the city crucial to the events of the whole country.

"Jonathan Clements’s A Short History of Tokyo is a more recent paperback update that includes the impact of COVID-19 on Olympic planning, and summarises the history of Japan’s modern capital in a remarkably entertaining way. He wanders the streets in search of hidden ghosts and anime icons, places once trashed in model form by rubber monsters and the sites of old samurai vendettas."

"It is light in tone and fast in pace. For anyone who wants a quick introduction to the spirit of the city as it has developed over the centuries, then Clements provides a fine place to look."

"Clements’ skillset—Asian specialist, linguist, historian and foodie—might have been designed specifically for his newly published Armchair Traveller’s History of Tokyo, combining as it does a history of the city from a time of myth, conjecture and hazy record to the current year 2018 with a gazetteer containing a selection of the sights and attractions of the city."

Helen McCarthy, author of All the Anime

"Concise, engaging history charmingly told by an expert on Japanese culture, who loves the city and knows its neighbourhoods well. Helpful guide to important leaders and notable places in Tokyo history that will delight both armchair travellers and visitors to the city."

"This is a fascinating historical tour of one of the world’s great cities, exploring Tokyo’s long past with an eye to its present form and its bustling contemporary population. Clements digs deep into place names, and into the wider context of Japan’s long history, to offer an account that visitors to Tokyo—whether first‑timers or old regulars—will no doubt find invaluable in helping them to make sense of a city that can sometimes feel overwhelming in its size and vibrant complexity."

Chris Harding, author of Japan Story: In Search of a Nation, 1850 to the Present

Tokyo, the ‘Eastern Capital’, has only enjoyed that name and status for 150 years. Before then, it was Edo, a sprawling town by the bay. Earlier still, it was Edojuku, a medieval outpost overlooking farmlands. And, thousands of years ago, its mudflats and marshes were hometo elephants, deer and marine life. Jonathan Clements traces Tokyo’s fascinating history from the first forest clearances and the samurai wars to the hedonistic ‘floating world’ era – and onwards to the twentieth century with its destruction and redevelopment, boom and bust. So entwined is Tokyo with the history of Japan that it can be hard to separate them – its position at the nexus of power and people for over a thousand years has made it crucial to the events of the whole country.