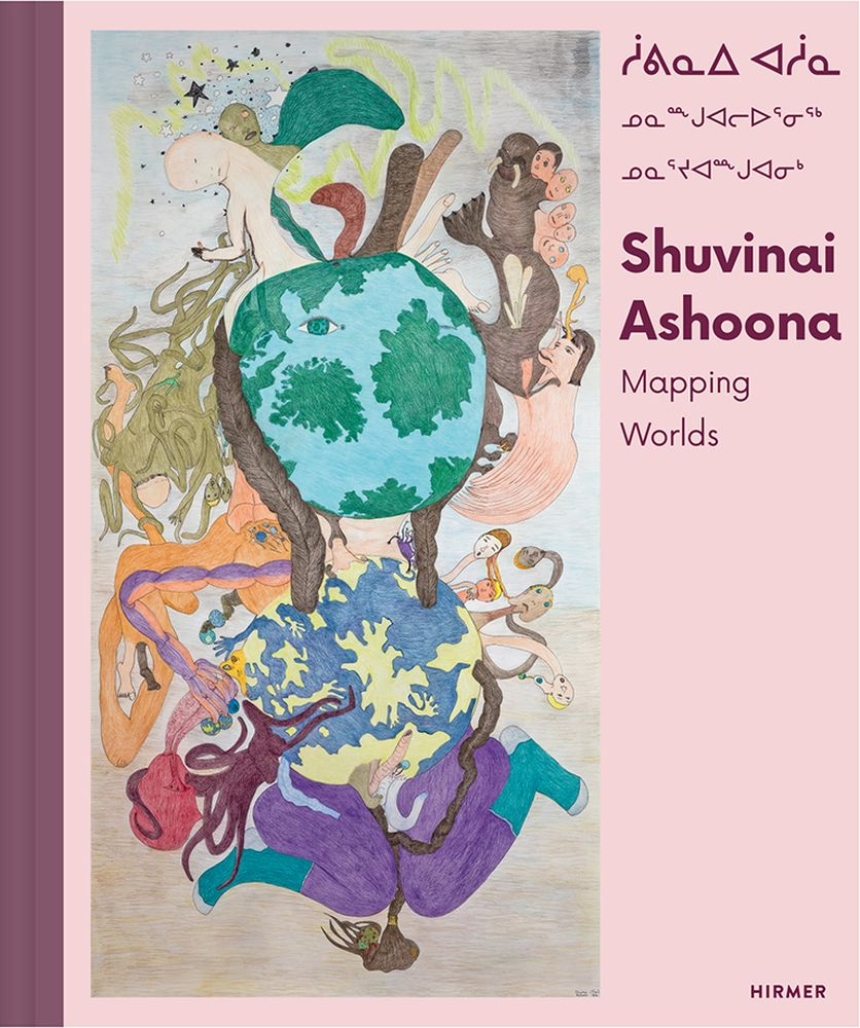 A third-generation Inuit artist based in Kinngait, Nunavut, Canada, Shuvinai Ashoona is best known for her highly personal and imaginative iconographic art. In this catalogue spanning a twenty-year career, Ashoona’s imagery begins with closely observed naturalistic scenes of her Arctic home of Kinngait (formerly known as Cape Dorset), continuing a tradition begun by Ashoona’s grandmother and cousin, also artists. Later, shifting to more monstrous and fantastical visions, her drawings imagine the past and present fused into a prophetic future: human-animal hybrid creatures, women birthing worlds, and mystical or otherworldly landscapes inspired by the Arctic terrain. Existing somewhere between dystopian and utopian, Ashoona’s brightly colored pencil crayon and ink drawings teem with life. Unlike many settler visions of the future that seem to dwell on clashes between humans and nature, humans and other humans, or humans and otherworldly “invaders,” Ashoona’s earthly and extraterrestrial worlds exist within a kinder intergalactic future.

Ashoona produces her work at the Kinngait Studios, the artistic arm of the West Baffin Eskimo Co-operative. Incorporated in 1959, the Studio has the strongest and longest tradition of any community-run, art-making cooperative in the Arctic. Presented alongside a major solo exhibition, this catalogue provides insight into Ashoona’s practice, including essays from Canadian and international authors, a select exhibition history, and large-format illustrations, including installation images from The Power Plant Contemporary Art Gallery in Toronto, Canada.

This text is presented in both English and Inuiktitut.