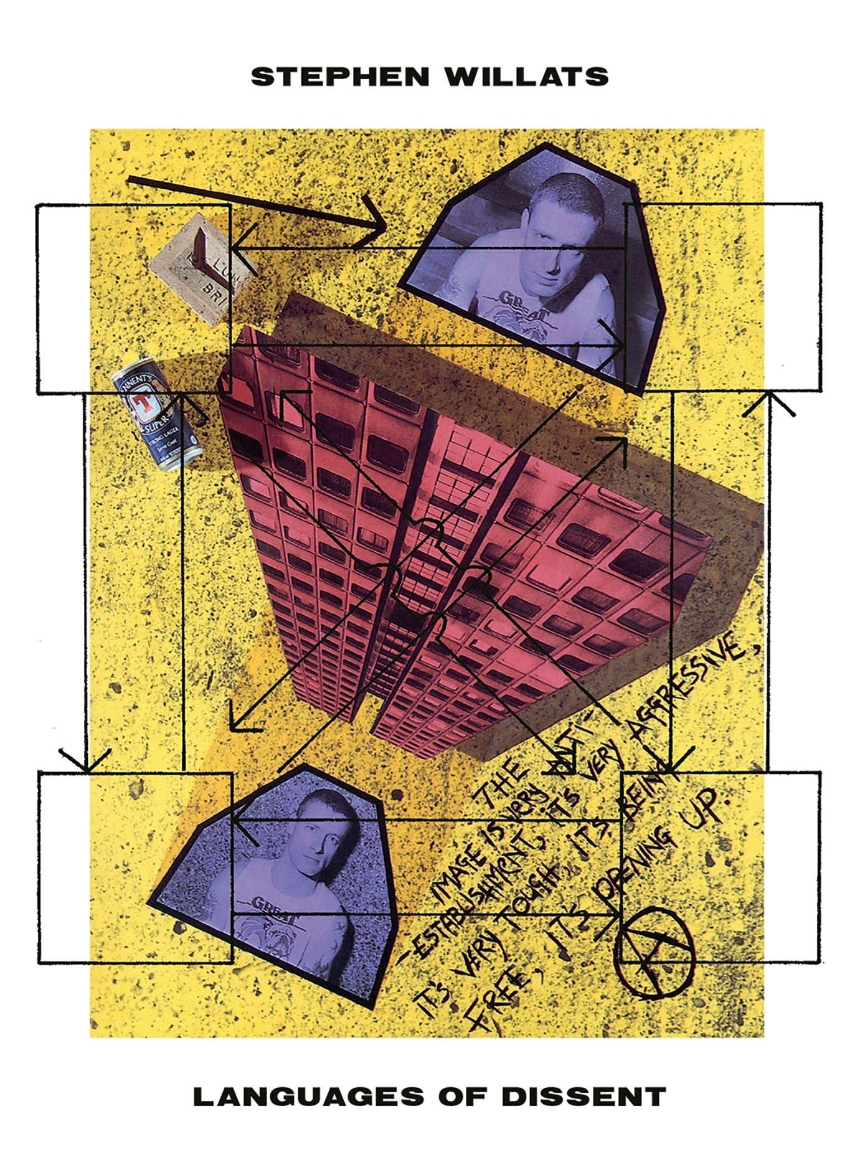 With Contributions by Bronac Ferran, John Kelsey, Heike Munder, and Andrew Wilson
For more than five decades, British conceptual artist Stephen Willats has expanded the boundaries of contemporary art through the creation of ambitious interdisciplinary works that encourage viewers to interact with art and one another in creative social processes. Among his many critically acclaimed works are Meta Filter, a computer console that sees two participants build consensus around a model society, and the modular design series Multiple Clothing, which explores themes of identity and self-determination by inviting viewers to rearrange the letters and words on a series of garments.

Stephen Willats: Languages of Dissent, produced in conjunction with the Migros Museum of Contemporary Art in Zurich, offers a new approach to Willats’s body of work with a focus on two key areas of interest: cybernetics and subcultures as a means of promoting nonconformity and self-determination. A comprehensive selection of both earlier and more recent works—some published here for the first time—sees the control of dynamic systems serving as method, aesthetic vocabulary, and formal model with subcultures as a recurring focal point. Alongside nearly 250 illustrations are essays that investigate the particular creative sphere within which Willats questions normative power structures and aims to reveal personal freedom and alternative thought patterns.