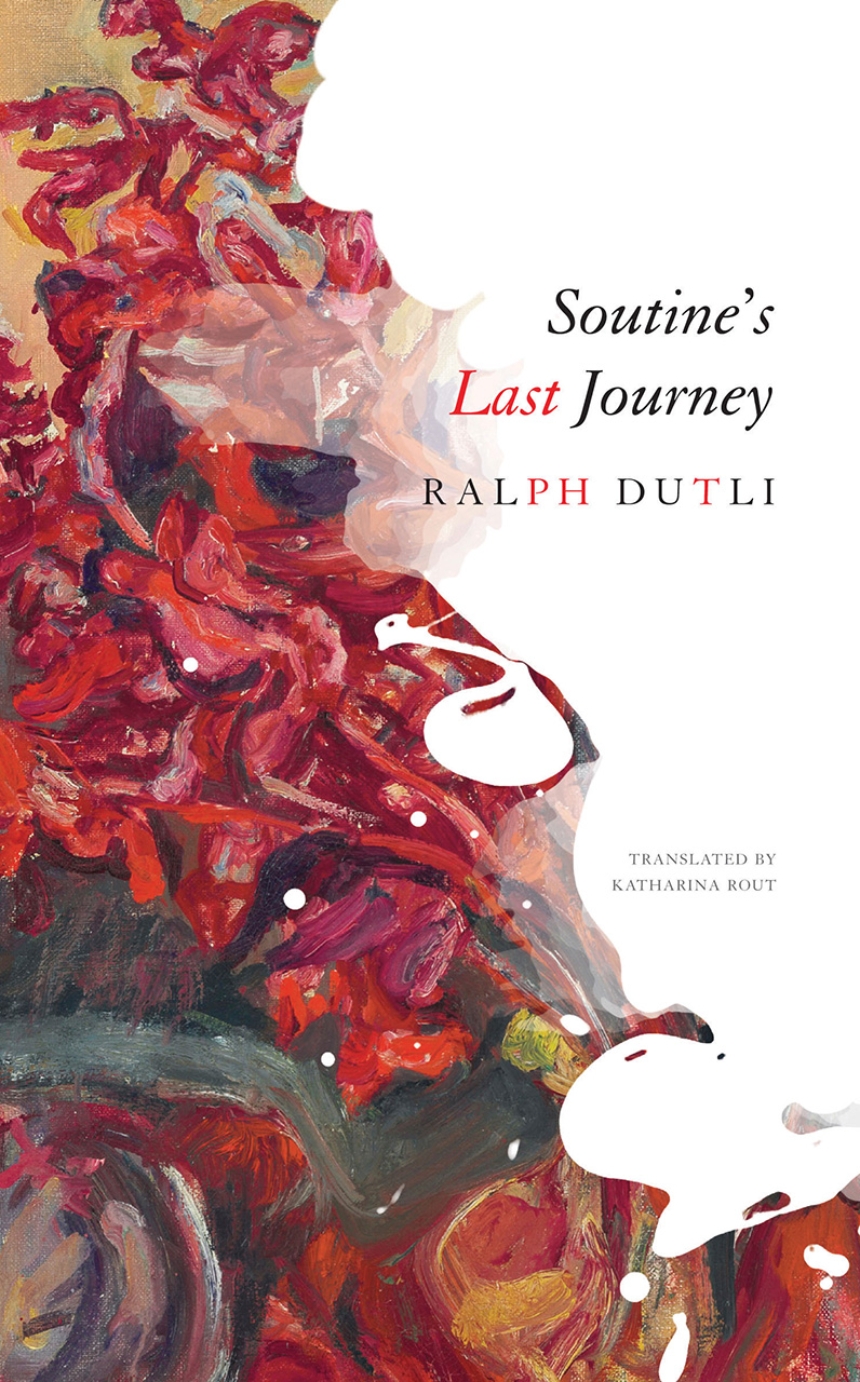 Translated by Katharina Rout
August 6, 1943. Chaim Soutine, a Jewish painter from Belorussia and a contemporary of Chagall, Modigliani, and Picasso, is hidden in a hearse that’s traveling from a small town on the Loire towards Nazi-occupied Paris. Suffering from a stomach ulcer, he urgently needs a life-saving operation. But the hearse must avoid the occupiers’ checkpoints, and it becomes increasingly likely that he will not survive the journey.

In a stream of extraordinary images, the morphine-induced artist hallucinates and remembers his life. He dreams of his childhood in Smilovichi near Minsk; his beginnings as a painter in Vilna; his arrival in 1913 in the art capital of the world, Paris, where he befriends Modigliani; and his survival of years of struggle and finding sudden success, only to be persecuted and forced into hiding when the Nazis invade. Back in the present, the painter believes that the power of milk is the only possible remedy for his ulcer. In his mind, he is travelling to a “white paradise”—a strange clinic where a “god in white” declares him healed but forbids him to paint. But for Soutine, neither paradise nor salvation exists if he cannot paint. So, he begins to paint again in secret, willing to pay the price of discovery.

A brilliant biographical novel about childhood, longing, friendship, bodily pain, and the wounds of exile, Ralph Dutli’s Soutine’s Last Journey is ultimately an exploration of language and the power of art.

“[An] ingenious and rewarding novel. . . . Dutli’s prose, shifting between episode and hallucination, despair and assertion, succeeds in sketching the invisible urges and wants behind the biography of Soutine.”

“Soutine’s Last Journey is a powerful textual montage which documents the French painter’s journey back to Paris in August 1943. Dutli’s biographical novel is both an informative account of Soutine’s life and a bold essay illuminating his art . . . This novel achieves the rare feat of bringing visual art to life on the page in its brilliant depiction of Soutine’s uncompromising quest to capture both the present and future of the subject portrayed on the canvas.”