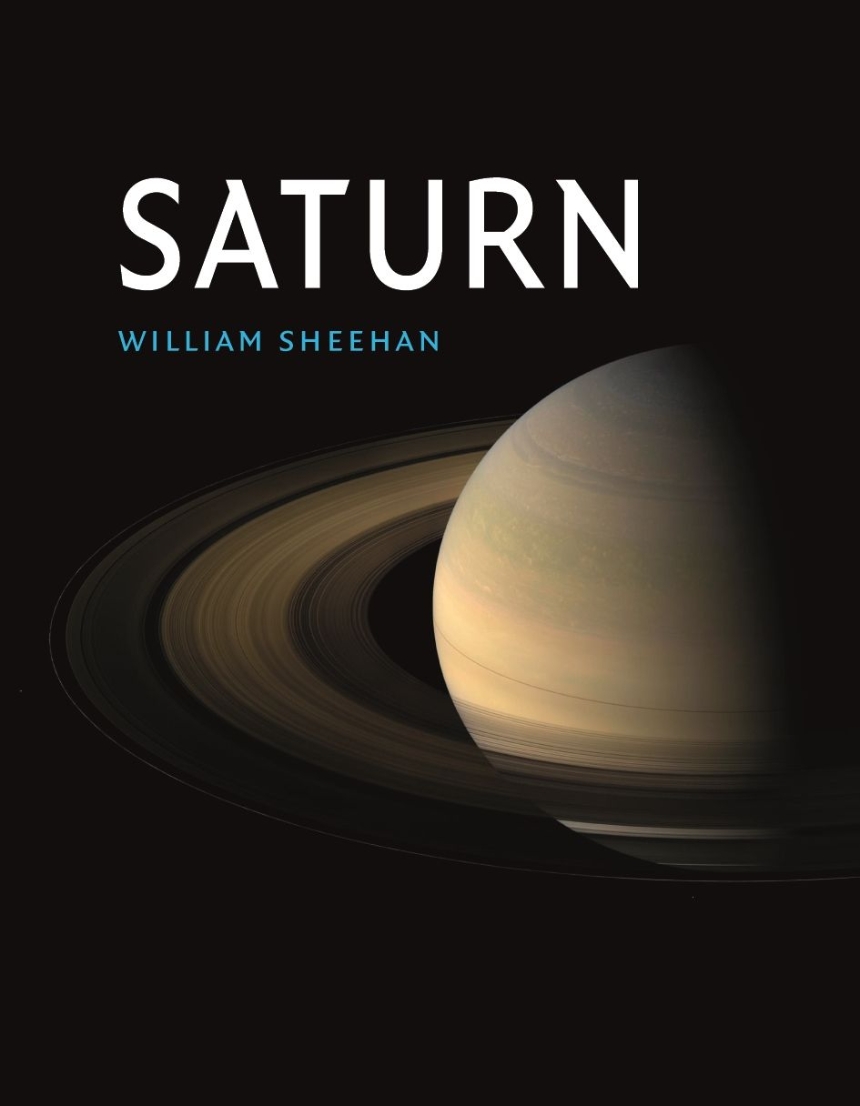 Saturn is the showpiece planet of our solar system. It may not be the largest, nor the smallest, nor even the only planet with rings. But it is among the most stunning objects in the sky and is always breathtaking when seen in a telescope.

This is a beautifully illustrated, authoritative overview of the entire history of humankind’s fascination with the ringed planet, from the first low-resolution views by Galileo, Huygens, and other early observers with telescopes to the most recent discoveries by the spacecraft Cassini, which studied the planet at close range between 2004 and 2017. Saturn describes the planet from inside out, detailing the complicated system of rings and their interaction with Saturn’s bevy of satellites, and it considers how Saturn formed and the role it played in the early history of the solar system. Featuring the latest research and a spectacular array of images, this book will appeal to anyone who has ever gazed with wonder upon the sixth planet from the sun.

“A detailed exploration of the most well-known of the ringed planets in our Solar System. It’s an amazing account of how much we can learn from so little; how, over time, new things slowly reveal themselves; and how many questions we have yet to answer about this infamous giant world. . . . This book manages to show how—with the help of Galileo and his early telescopes—Saturn went from being a pale orange dot wandering across the constellations, to a body vital to the development of ground-based astronomical observations. Sheehan relates the story in detail, but keeps it exciting as he spins the tale of the planet’s role in human history, from ancient Mesopotamia to modern-day space missions. . . . Saturn is a must-read for any enthusiastic amateur astronomer armed with a small telescope and the curiosity to learn more about the planet, its rings, and moons.”

"Saturn is probably the most iconic planet after Earth, its rings being its trademark and a source of fascination going back to the first observations performed by Galileo and Huygens. More recently, Cassini provided a trove of photographic data that helped us understand this giant gas planet. In his book, Sheehan travels through history, from the mythological origins of its name to our current understanding of this distant world. The formation of Saturn, its interior, its atmosphere, and its rings are all discussed, supported by rich illustrations and up-to-date references."

"Sheehan’s writing is captivating and his narrative is enhanced by the myriad beautiful images, which include the talented hand-drawings made by pre-camera astronomers. For all armchair and professional astronomers, this is a must-have addition to your library."

"[Saturn] is a very readable page-turner, non-mathematical, beautifully and profusely illustrated, and well-referenced. Saturn's fascination lies in its variability and mysterious nature. . . . Sheehan is clearly a huge Saturn fan, and this lovely book will do much to encourage others to follow in his footsteps."

"An engaging, non-technical review of the historical and scientific highlights of the solar system’s most beautiful planet. The first third of the book covers the ancient record of Saturn and the discovery of its nature and orbit. Readers will appreciate the charming narrative featuring personable philosophers and scientists, accompanied by a generous number of illustrations, including reproductions of historical texts and glossy images from more modern explorations. As the narrative approaches the current era, the text shifts to description of Saturn’s planetary traits and the breakthroughs made via powerful telescopes and visiting probes. Sheehan combines a smooth narrative with numerous diagrams and photographic images to depict the planet’s coloring, ring structure, cloud patterns, and auroras. One chapter focuses solely on the Cassini mission, while another features the vast number and variety of Saturn’s moons. The short concluding chapter, which offers tips for amateur astronomers looking at the planet, truly addresses and identifies the book's audience. General readers with an interest in space will find this a rewarding, quick read about a fascinating planet. Recommended."

“The whole book is profusely illustrated—there must be at least a hundred images altogether, many in color—and some of them are truly breathtaking. . . . All in all, I can recommend this book just as heartily as the Mercury one. This time, I didn’t need convincing that the subject was an interesting one—but I was still impressed by the way Sheehan manages to lay out all the important facts in such a methodical and unrushed way.”

"Everyone remembers their first view of Saturn in a telescope, and that initial wonder rarely dissipates. Here, . . . Sheehan offers a gorgeously illustrated deep dive into everything that captivates us about the ringed planet. From the early investigations by Tycho Brahe and Galileo to the latest discoveries by the Cassini mission, Sheehan covers it all."