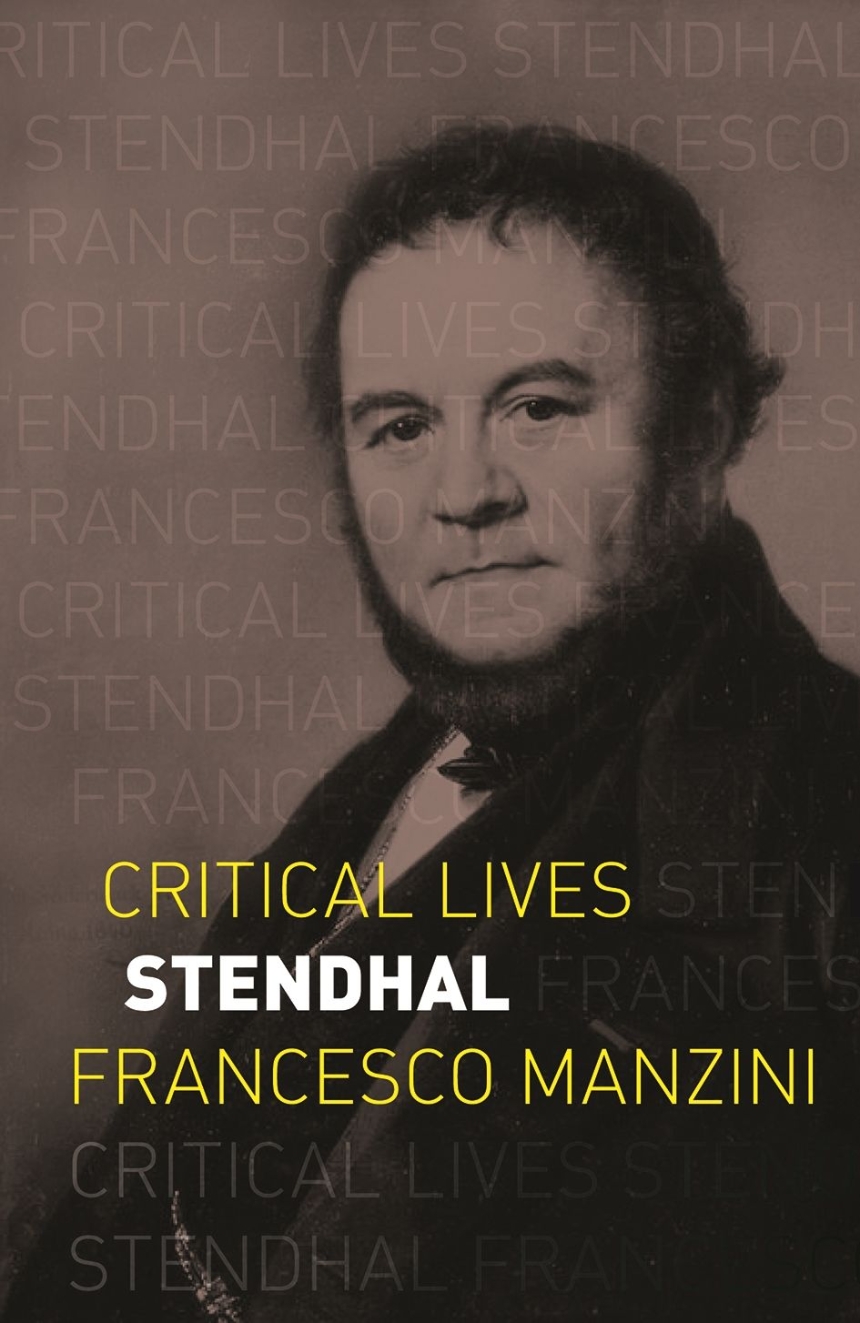 This is a book about the life and work of a singular writer, an author well-known for his biographies and travel writing but most famous for his novels The Red and the Black and The Charterhouse of Parma. As a child, Stendhal witnessed the unfolding of the French Revolution; as a young man, he served Napoleon first as a soldier and then as an administrator; and as a middle-aged man, he made it his task not to pursue his career, but instead to take as much paid leave as possible in order to be free and to be happy—and to write. Stendhal’s works often take the form of conversations with his readers—the “Happy Few” as he called them—about the things that matter most. He once claimed that he spent the majority of his life “carefully considering five or six main ideas.” This book makes clear what those main ideas were, why they mattered to Stendhal, and why they continue to matter to all of us.

"Manzini's goal was to write a 'personal, sincere, and generous' study illuminating the 19th-century writer’s texts through discussion, for instance, of his 'fictional friendships.' In this he was successful...The book’s greatest value lies not in the biographical material but in the many perceptive remarks about Stendhal’s writings, both the well known and the less studied."

"It is hard . . . to think of anyone better placed than Manzini to write a critical biography of Stendhal. . . . Manzini has an unusually deep and comprehensive knowledge of his subject, making him one of the leading contemporary scholars of the author. . . . This book is what happens when someone is both supremely in control of and personally invested in his subject matter. It is a pleasure to spend time in the company of a work that is so irreverently and wittily written, and that takes the reader into its confidence so readily and warmly. Everyone who teaches Stendhal, and everyone who has ever loved his work, should own a copy."

"This is an enjoyable biography that succeeds in demonstrating all of the complexities of Stendhal and the psychological depths of his characters and plots. Anyone familiar with Stendhal’s prose will enjoy Manzini’s humor and vivacity and will especially appreciate his thoughtful approach to writing the biography according to how Stendhal might want to read it. . . . Manzini is to be applauded for providing compelling evidence as to why Stendhal remains relevant in our present. Like a good friend, he shows us how reading Stendhal is a way to acknowledge and absorb different perspectives, which is certainly an appropriate or evennecessary exercise in our twenty-first-century polarized political and cultural landscape."

"In his wonderful new biography of the French author, Manzini describes the paradox of Stendhal’s active selection of his readership as he flatters those of us dedicated readers (the ‘happy few’) and confounds the rest by writing in a sort of ‘code.’ . . . Whether you are already a devoted Stendhalian or even a skeptical reader wary of dead European males, this book is a must-read as it challenges us to confront an original thinker in all his quirks and obsessions. A delightful read, full of useful illustrations, Manzini’s Stendhal, we can hope, may yet crystallize a new era in ‘beylisme’ and tempt readers and scholars alike to re-engage with Stendhal’s rich and idiosyncratic body of work."

"Stendhal, for Manzini, is constantly suspended between the fear that all love is mediated by rivalry, that all friendship 'might in fact be no more than disguised competition,' and the hope that this may not be the case. . . . Manzini’s style is witty and unaffected, full of sympathy for his subject and sprinkled with modernisms to make a contemporary reader smile—for instance, he refers to the Edinburgh Review as 'the Wikipedia of the Romantic era.' . . . Manzini’s Stendhal is worthwhile and engaging reading."

“Manzini has given us a sharp-witted and moving Life of Stendhal that is in every way worthy of its unaffectedly original subject. Always generous and enthusiastic, at times defiantly so, this is a book that dares to be sincere.”

Richard Scholar, author of "Montaigne and the Art of Free-Thinking"