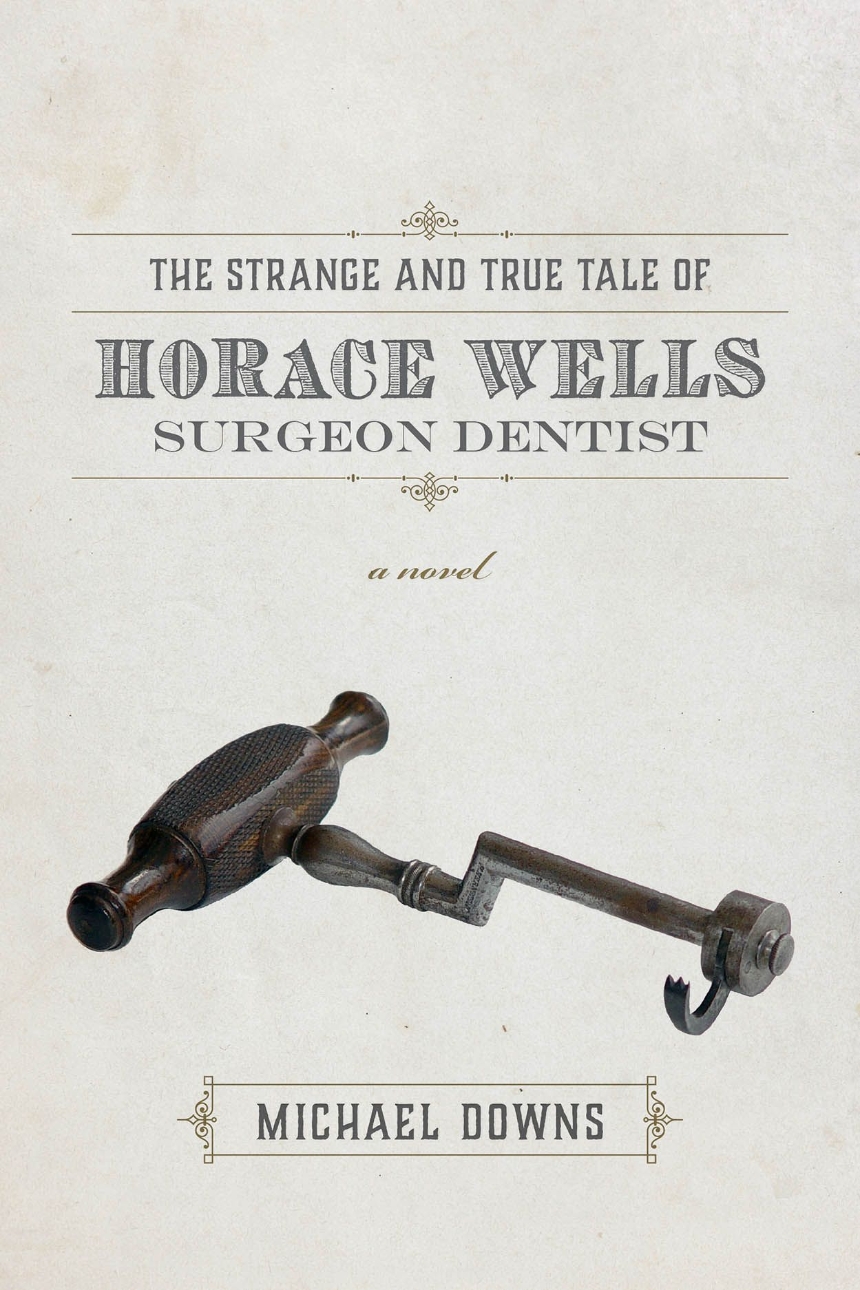 The Strange and True Tale of Horace Wells, Surgeon Dentist

The Strange and True Tale of Horace Wells, Surgeon Dentist

In 1844, Horace Wells, a Connecticut dentist, encountered nitrous oxide, or laughing gas—then an entertainment for performers in carnival-like theatrical acts—and began administering the gas as the first true anesthetic. His discovery would change the world, reshaping medicine and humanity’s relationship with pain.
But that discovery would also thrust Wells into scandals that threatened his reputation, his family, and his sanity—hardships and triumphs that resonate in today’s struggles with what hurts us and what we take to stop the hurt.
In this novel, Michael Downs mines the gaps in the historical record and imagines the motivations and mysteries behind Wells’s morbid fascination with pain, as well as the price he and his wife, Elizabeth, paid—first through his obsession, then his addiction.
The book is a love story, but also a story of what love can’t redeem; of narcotic dreams and waking insanity; of humbug and miracle; of pain’s destruction and what pains can never be eased. Following Wells throughout New England and across the ocean to Paris, the novel immerses the reader in the nineteenth century, conveying through rich physical description and telling dialogue the tragic life of a dentist who gave everything to rid the world of suffering.