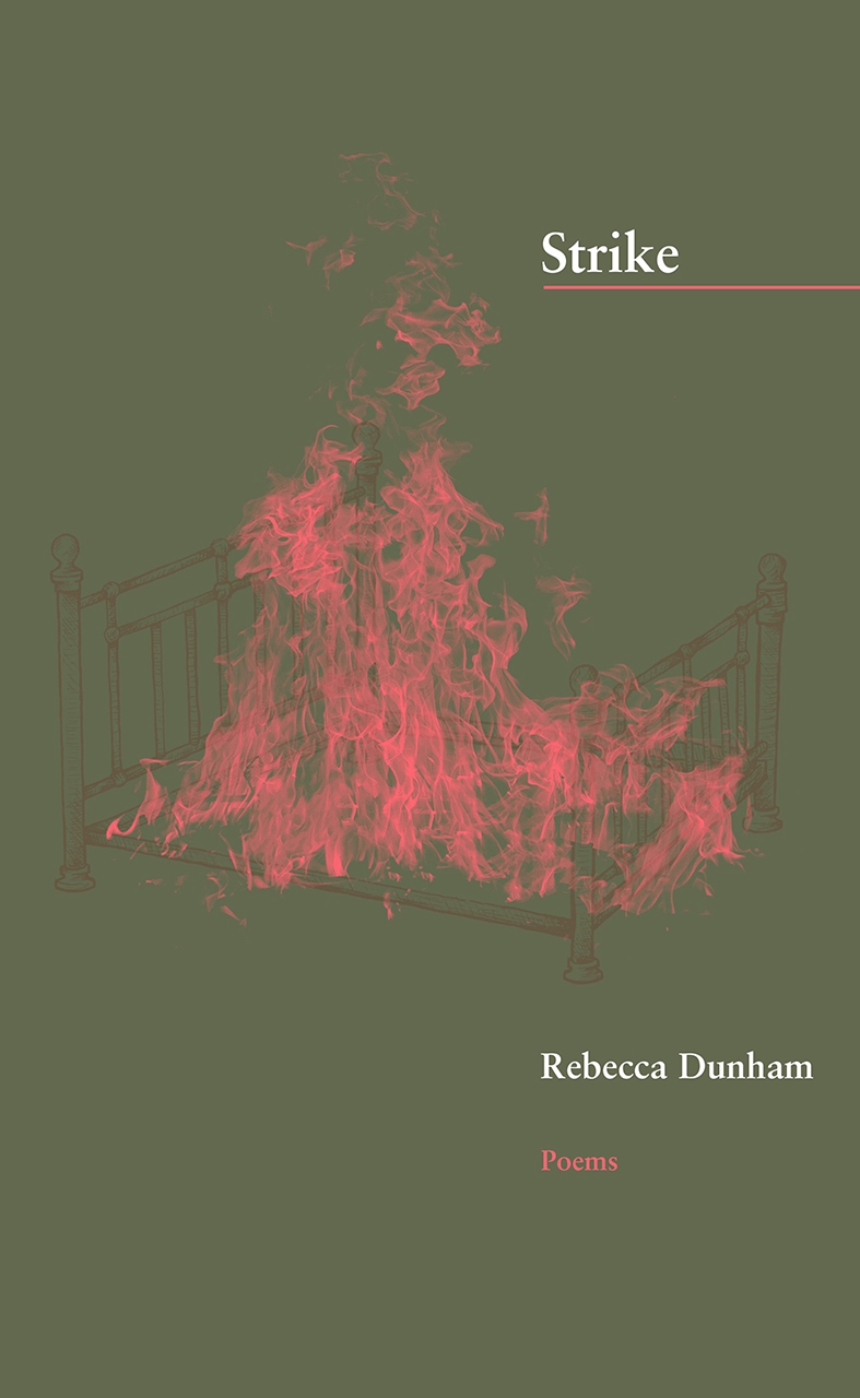 “The poems of Rebecca Dunham’s Strike invoke the terse, noiseless monstrousness of the toxic-domestic, the ‘once-us,’ in which ‘to fall numb is not to fall/out of pain.’ This collection is Plathian in its riven depiction of anger, which both ‘presses/down and in,’ where denial ‘is beaten to silver foil, to silver leaf,’ and in which ‘[o]ver the butcher/paper’s sheets’ her ‘red story sprawls.’ In poems whose edges are honed on a whetstone of impeccable craft, and which delve into history, archetype, and ekphrasis, Dunham exposes the face that ‘ripples beneath her mask’ and builds a ravishing myth of the unveiled lyric interior.” —Diane Seuss
“In Rebecca Dunham’s gorgeous new book there are secrets, shames, and a fury that bites like frost. Strike reminds me that ‘fidelity / demands not only virtue’s deep mortal stab, / but the love of it’; that anger burns clean; that forgiveness can burden the one who was hurt, asking them to console the one who made them suffer. Dunham brings to light a rage that has felt unutterable to me for so long, as well as the lineage of women who know betrayal’s slow burning. When you read this stunning book, you can’t fail to feel these poems strike you as well, how even after you set it down, you can still feel the scorch of it.” —Traci Brimhall
“D.T. Suzuki describes the start of a bad poem as one that ‘does not fly straight to the target, nor does the target stand where it is…’ Rebecca Dunham’s Strike is a campaign of targets all hit, dead-center, by furiously composed poems—arrows that cannot miss. Whether real life fortifies her aim, or pure imagination, or the progeny of both, the reader need not know. What matters is that this writer is on fire—and for sharing her archery, her heartache, and her hunger for catharsis, we thank her, as this is poetry that confirms the weirdly compatible damnation and grace of language used to expunge and expose and exalt. ‘Heap of tortured hairpins/at my feet…,’ Strike hurts, and thereby saves.” —Larissa Szporluk