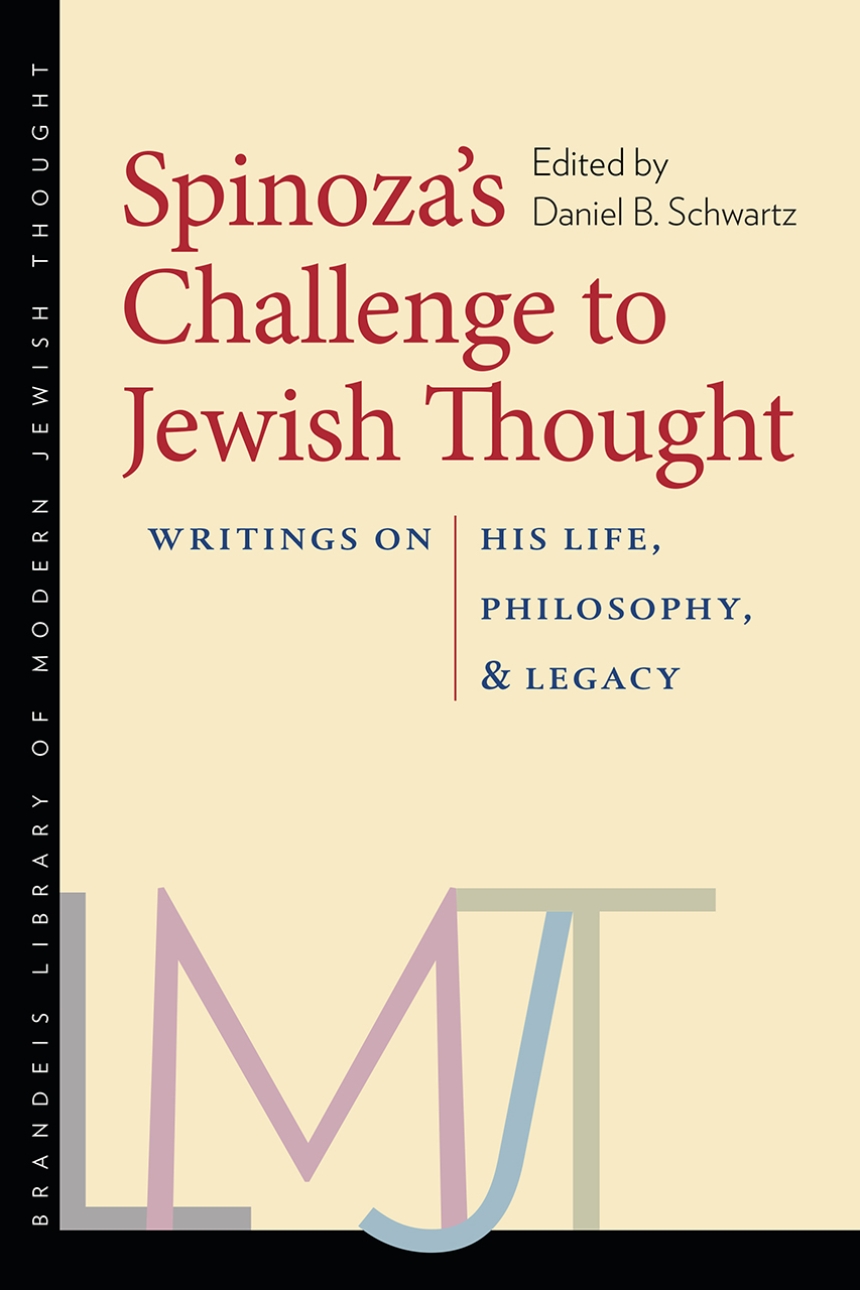 Writings on His Life, Philosophy, and Legacy

Edited by Daniel B. Schwartz

Writings on His Life, Philosophy, and Legacy

Edited by Daniel B. Schwartz

Arguably, no historical thinker has had as varied and fractious a reception within modern Judaism as Baruch (Benedict) Spinoza (1632–77), the seventeenth-century philosopher, pioneering biblical critic, and Jewish heretic from Amsterdam. Revered in many circles as the patron saint of secular Jewishness, he has also been branded as the worst traitor to the Jewish people in modern times. Jewish philosophy has cast Spinoza as marking a turning point between the old and the new, as a radicalizer of the medieval tradition and table setter for the modern. He has served as a perennial landmark and point of reference in the construction of modern Jewish identity. This volume brings together excerpts from central works in the Jewish response to Spinoza. True to the diversity of Spinoza’s Jewish reception, it features a mix of genres, from philosophical criticism to historical fiction, from tributes to diary entries, providing the reader with a sense of the overall historical development of Spinoza’s posthumous legacy.

“With excellent clarity and comprehensiveness, Schwartz presents the reader with the full range of Jewish responses to Spinoza . . . providing exhaustive evidence that both Spinoza’s presence as figure and his thought are everywhere and inescapable in Jewish modernity. This is the first volume to bring together the full array of responses to Spinoza from the seventeenth century to the present. Furthermore, Schwartz’s decision to include well-chosen excerpts as well as explanatory introductory short essays that contextualize them within the appropriate Jewish cultural trends, movements, and historical landscape, along with biographical portraits of the writers, makes these texts accessible and comprehensible . . . thereby painting a picture of Jewish modernity as a whole . . . clearly demonstrating that Spinoza remains a living presence for Jews and for Judaism and not just a historical footnote of only academic or antiquarian interest. . . . He does so with judicious fairness and inclusiveness and comprehensiveness. It is this modern Jewish landscape that Schwartz presents so well and so clearly in the introduction.”

“A valuable addition to any collection concerned with Jewish intellectual history and modern Jewish thought.”

“This collection of Jewish views on, and responses to, Spinoza over the centuries is an extremely useful addition to the literature. That it has been edited by an expert on Spinoza’s legacy in the Jewish world only adds to its value.”

“Like the figure of Jesus, Spinoza served as a mirror for modern Jewish thinkers and various attempts and failures to draw the boundaries of ‘modern Judaism.’”

“Expelled from the Jewish community of seventeenth-century Amsterdam, Spinoza attained an enduring presence in Jewish thought. This paradox is documented with due nuance in these judiciously selected and annotated responses to Spinoza’s legacy to the modern world.”

“Schwartz offers an excellent general survey to orient the reader, and he provides succinct introductions to each of the carefully translated and edited texts. This book will be indispensable to the teacher and student of modern Jewish thought.”