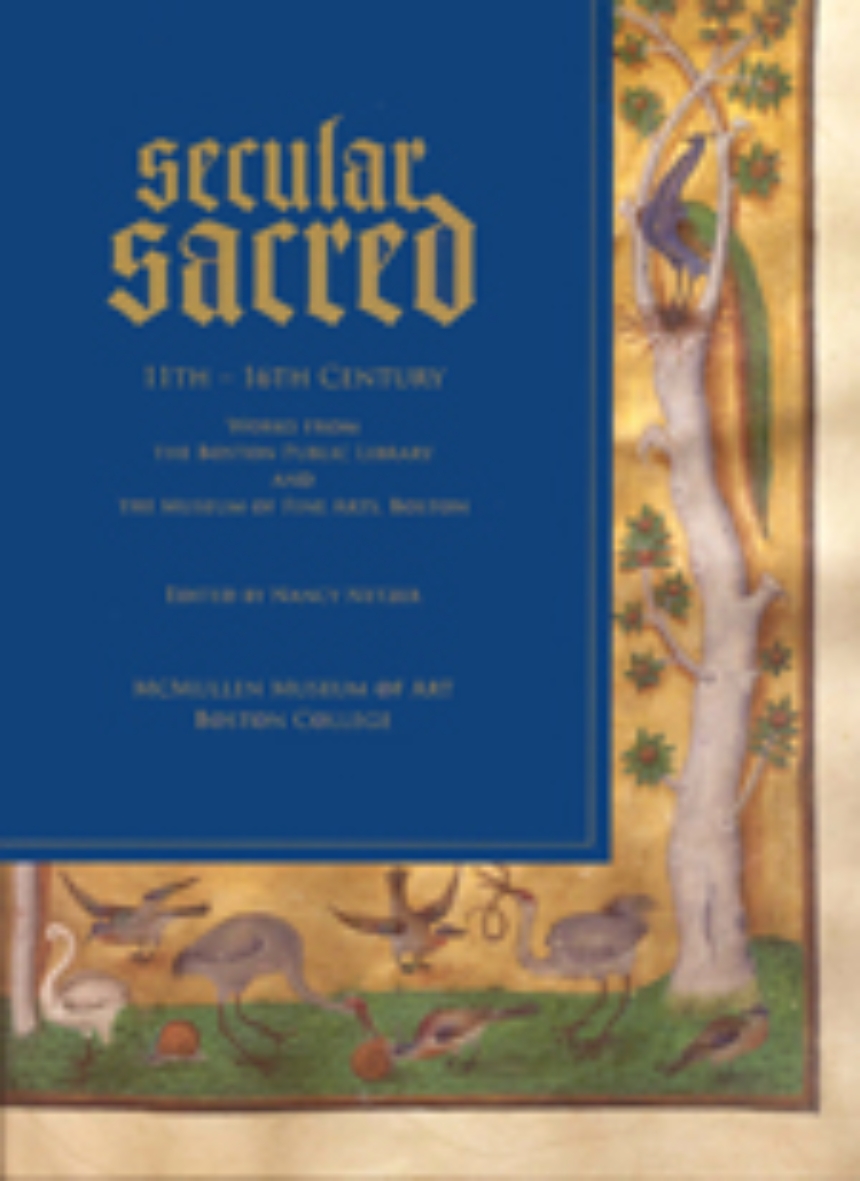 Works from the Boston Public Library and the Museum of Fine Arts, Boston

Works from the Boston Public Library and the Museum of Fine Arts, Boston

A major contribution to the study of medieval and Renaissance art, Secular/Sacred 11th-16th Century studies nearly 100 works from the vast collections of the Boston Public Library and the Museum of Fine Arts, Boston, in an effort to determine the multiple ways medieval and early modern objects communicated both secular and sacred messages to their viewers.

The book includes essays by noted art historians and literary scholars across a broad range: topics include the role beasts played in illuminated manuscripts, to the sensual Virgin Mary in fifteenth-century Italian art, and the strange conflation of genealogies in a thirty-three-foot-long French manuscript scroll that links the kings of France to Adam and Jesus Christ. Richly illustrated with images from an accompanying spring 2006 exhibition at the McMullen Museum of Art, Secular/Sacred 11th-16th Century will be ideal reading for anyone with an interest in the medieval and early modern periods.